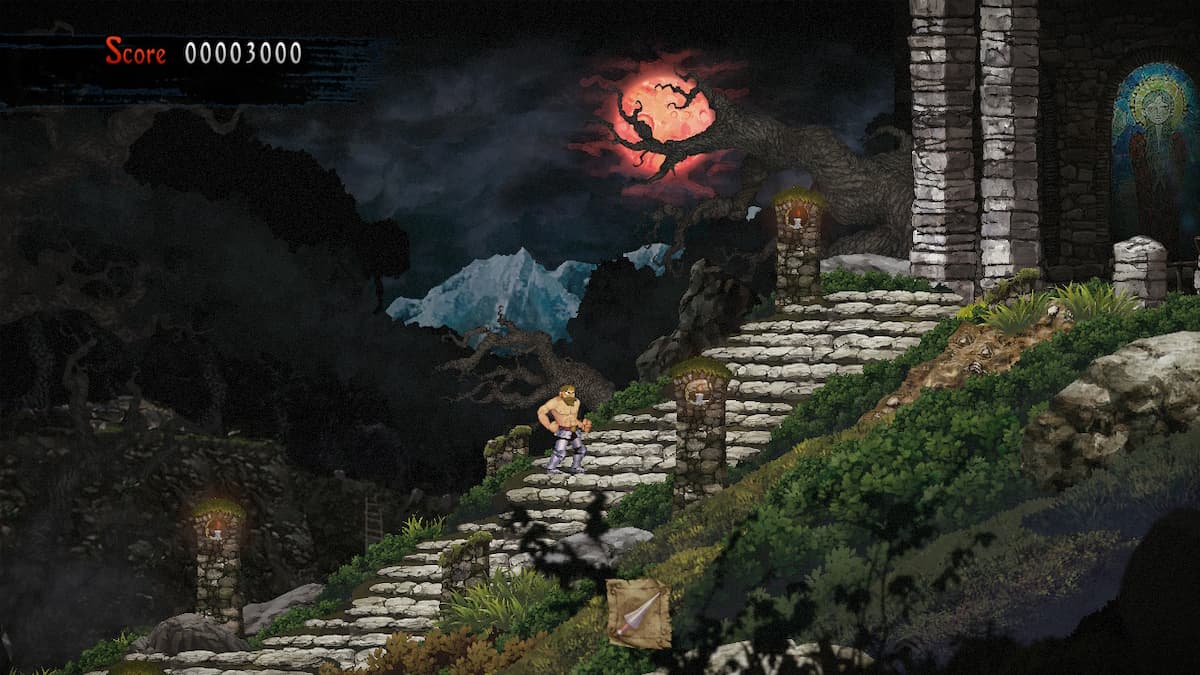 In Ghosts ‘n Goblins Resurrection, your first zone is a choice between the Graveyard and the Execution Grounds, both hiding a currency called Umbral bees that you can find and collect throughout every level. These can be used to add abilities to Arthur and make him more powerful for your runs.

However, the game isn’t just going to give them to you. First, you need to find them. They do not appear on the screen by default and instead are hidden until you perform an action to trigger their visibility. This is usually by either moving to a certain spot of a level or striking a particular object.

That’s not all, as the bee will float around on a small path, meaning grabbing it can be just as difficult as finding it. Even at this early stage, there are no easy targets for you. Here is the location of the four umbral bees in the Graveyard level.

Near the opening of the level, jump onto the third grave that you see, clearing out any zombies or crows that attempt to jump you. The bee will then spawn to your right and should be easy to grab.

You will come to an area with four large tombstones. After jumping over the second stone, a lightning strike will hit the floor and the stones will then start floating upward when you land on one.

Jump on the second stone and then across to the stone on the left-most side. As you land, so long as the stones haven’t moved any more since your last jump, the bee will spawn to your right between the two middle stones.

You need to platform between the set of stones to reach the bee, but be careful, as any hit from an enemy will send you off the stones to the floor and likely require a restart to make another attempt.

As you enter the forest area, you will reach a section in which you rise up with a growing tree to a higher area with a branch directly below you. This will extend out and take you over a few extra branches. You will eventually reach an area where it looks like the branch doesn’t lead anywhere if you go to the end.

Here, a bee will spawn in front of you. You have to react quickly as the branch will immediately grow and slope downwards, causing you to slide down it. If you miss the bee, you can’t get back up from the bottom of the slide and you will have to return to the last checkpoint to try again.

Deeper into the forest, there will be a fast platforming section where branches will appear in front and above you, and then quickly retract. A bee will appear close to the top of the section when you make the first jump.

You have to run and jump up these branches to the top, and then time a leap to the left to reach the bee. If you miss it, you will need to restart at the last checkpoint as you are unlikely to have enough time to climb for a second jump. The large branch platform at the bottom will prevent you from dying when you leap for it.