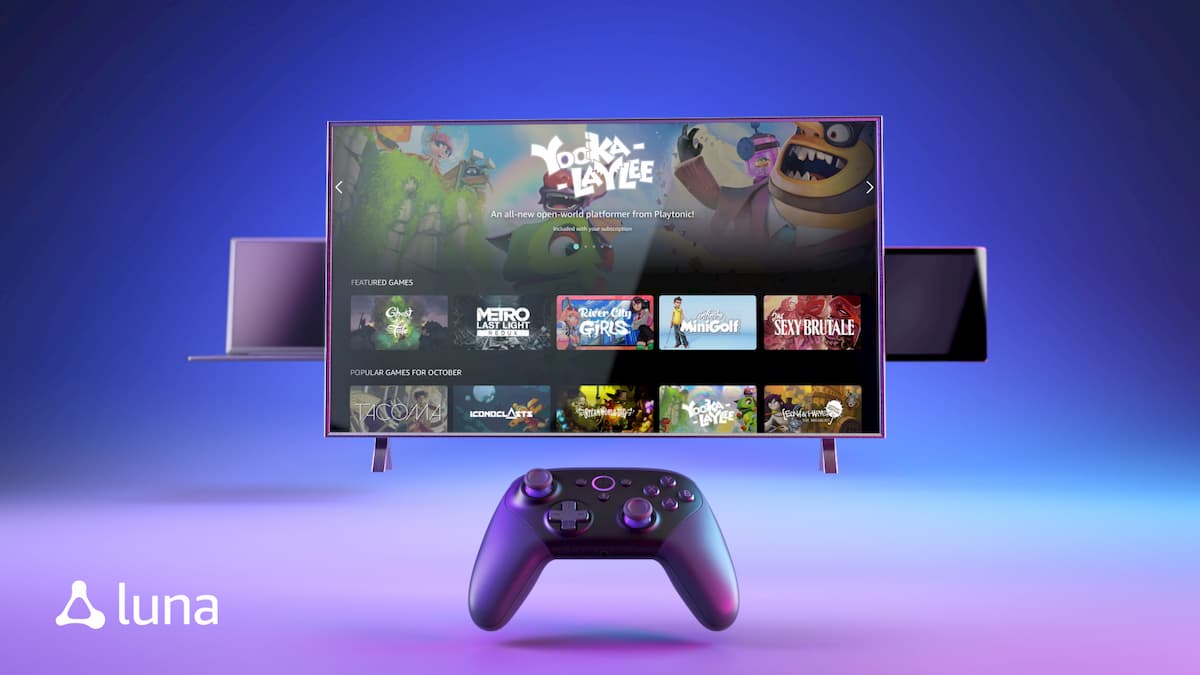 It’s the era of cloud-gaming services as another tech giant joins the fray. Amazon has announced Luna, a cloud gaming platform that will be based on Amazon’s web platform AWS at its 2020 hardware event. This may seem familiar to you — the service has been a rumored since last year and was speculated to be codenamed Tempo. Here is everything you need to know about Luna.

Amazon hasn’t specified a release date for the cloud gaming platform, but it is speculated that it will launch worldwide sometime next year. Users who are interested to try out the platform can register themselves for early access. At the time of writing, Luna is only available for U.S. residents.

Luna will be available on PC, Mac, Fire TV, and iPhone and iPad (through web apps) initially. An Android version will come later down the line. Luna+ subscribers will be getting access to 4K60 fps resolution in select titles.

While Luna will support keyboard and mouse or a Bluetooth game controller, Amazon has also released a new controller, the Luna Controller with Cloud Direct technology. The Alexa-enabled device doesn’t connect with your device, instead, it connects with the Cloud directly for lower latency gaming. Amazon states that there is a reduction in latency from 17 to 30 milliseconds while switching from Bluetooth to Cloud Direct.

One of the most interesting features is Twitch integration, which makes sense since Amazon owns the streaming service. “Inside the Luna experience, players will see Twitch streams for games in the service, and from Twitch, they’ll be able to instantly start playing Luna games,”, Amazon describes in a press release.

Like every other cloud gaming service out there, Luna will have a subscription. Initially, during the early access period, Luna+ will include:

Amazon has also announced a new gaming channel in collaboration with Ubisoft. Players who subscribe to this channel will get will “access to their favorite Ubisoft titles in up to 4K resolution, mobile gameplay, and access to new titles,” including Assassins Creed Valhalla, Far Cry 6, and Immortals Fenyx Rising the same day they release.