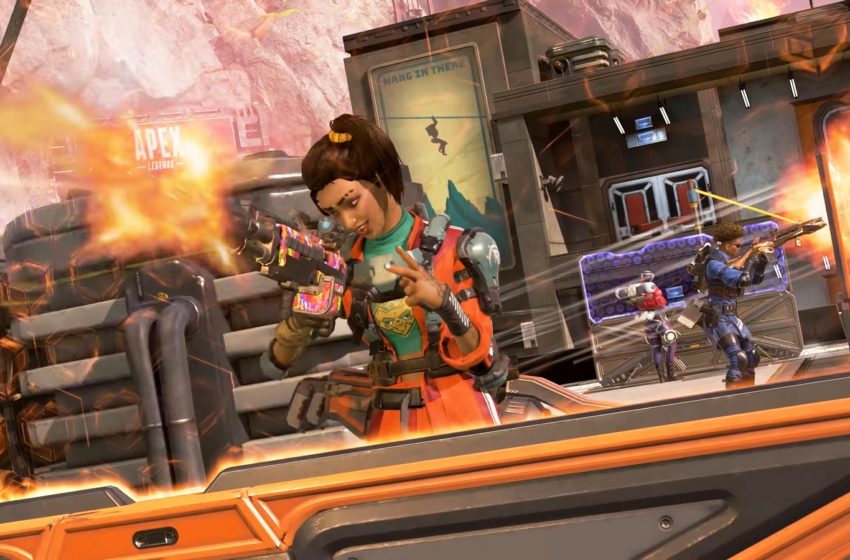 Apex Legends Season 6 began with the most sweeping change in weapon balance in the game’s history. Not only did some guns get changed, added, and removed, but the armor values in the game went down by 25 across the board, resulting in a massive shock to the TTK (time to kill) values of most weapons. We would love to report that the game’s notoriously unbalanced roster of deadly hardware has finally reached equilibrium, but that is not the case. Some Apex Legends weapons are much stronger than the rest, which is where this tier list comes in.

These are the winners in the current meta. Learn to use them, or learn to accept defeat.

The Mastiff is the most dangerous shotgun in Apex Legends currently. It is very bursty up close and can deal surprisingly consistent damage over medium-range thanks to its built-in ADS choke. On top of that, it reloads one shell at a time, letting you keep up the pressure better than other weapons in the game. When using the Mastiff at any range other than point-blank, make sure to aim for the body to deal maximum damage.

The Triple Take was secretly always the strongest sniper rifle in Apex Legends, and now the secret is out. With a built-in choke, fast fire rate, big mag capacity, and excellent projectile speed, the Triple Take is the best map spawn DMR in the game and one of the game’s most flexible weapons in general.

With the departure of the R-99, the Prowler takes center stage as the premier close-range weapon in Apex Legends. The Prowler has very high DPS and magazine size, two reliable fire modes, and it can equip the close-range threat optic, which is key.

This ex-DMR is still very much a DMR in terms of what you can achieve with it. The Scout is super accurate, and can down people really quickly at any range. With the Double Tap Trigger hop-up, this weapon has good burst as well. It doesn’t need parts to get you kills, and will never run out of ammo. The only drawback is that it still handles like a DMR, slowing your movement speed by roughly 90% when aiming down sights.

The Wingman is the one weapon to stay near the top of the Apex Legends meta consistently across every season so far. It hits very hard, with or without the Skullpiercer hop-up, and is accurate over long-range. It has two custom properties shared by no other weapon in the game. First, it reloads at the same speed, whether doing a partial or a full reload. Second, it has a maximum headshot range of 250 meters, which is longer than any pistol, shotgun, SMG, or LMG in the game.

These guns are almost as strong as the SS tier, and can sometimes outperform them.

The Havoc has a new recoil pattern in Season 6 of Apex Legends, making it less effective at long range. Other than that, it is still one of the strongest weapons in the game in terms of raw damage output, which really is the only metric that matters. With the return of the energy ammo mags and the Turbocharger hop-up, the Havoc is in a really good spot in this season’s meta.

This LMG is extremely powerful when fully kitted out, and not as much before that. Either way, prepare to lug around a ton of energy ammo to keep it fed.

The EVA-8 is a fully automatic shotgun that can reliably finish off damaged enemies, and tag moving targets better than most other dedicated close-range guns. The Double Tap Trigger makes it an extremely bursty weapon.

The most unique LMG in Apex Legends, the L-Star deals extreme damage up close and can be used really effectively by Rampart, who has an easier time with the weapon’s overheat mechanics.

This is the least flashy assault rifle in Apex Legends, and the most reliable. The Flatline deals heavy damage at close and mid-range, doesn’t need any parts to work well, and pairs great with the Wingman.

Even though it gradually lost its spotlight to spicier guns like the Havoc, the R-301 is still one of the most dependable guns in Apex Legends. DPS, accuracy, reload speed, light ammo: this gun has it all.

These three weapons behave somewhat differently from each other but have the same relative power in the current Apex Legends meta, which rewards dedicated snipers. Each one has a unique drawback: the Longbow needs attachments, the Sentinel is slow and cumbersome, and the Charge Rifle eats two ammo per shot.

These weapons are by no means weak, but they don’t give you as many clear advantages and require you to work harder to get results.

Rampart can be decently effective with the Spitfire, and for every other legend, this is just an average mid-range gun. Either way, put a barrel stabilizer on it as soon as you can.

With the Season 6 changes to armor, the Mozambique became a really solid side-arm, capable of finishing off damaged players extremely quickly. The pistol shotgun has the fastest fire rate in the class and can hit perfect headshots at a decent range when aiming down sights. This weapon still requires a combination of accuracy and the Hammerpoint Rounds hop-up to work, but it is no longer a joke.

The Volt is an energy ammo SMG which serves as the spiritual successor to the R-99. It has average accuracy and high DPS. Against the backdrop of every other meta gun this season, the Volt feels a bit pointless, especially since all the other energy weapons outpace it in terms of damage and effective range. Until this weapon finds its place, we hesitate to put it higher on the list.

It pains us to put the Hemlok here. Ever the specialist option, this is actually not a bad weapon at all. It has very high damage per round, excellent ADS and hipfire accuracy, and two fire modes. The problem is that without a fully automatic firing option, the Hemlok often loses close range fights. This hybrid weapon is powerful, it just takes a lot of dedication.

At the bottom of the barrel, we have the Apex Legends weapons that are either extremely situational or downright under-tuned: P2020, Alternator, and RE-45. Using any of these guns puts you at a clear disadvantage. On top of that, they compete for parts with the much stronger R-301 and G7 Scout.

The R-99, Kraber, and Peacekeeper are Season 6’s drop-only weapons. As far as strength is concerned, they are the best weapons in their respective classes. Their only drawback is the limited ammunition they come with and the fact that enemy squads are likely to converge on the drop pod’s location.