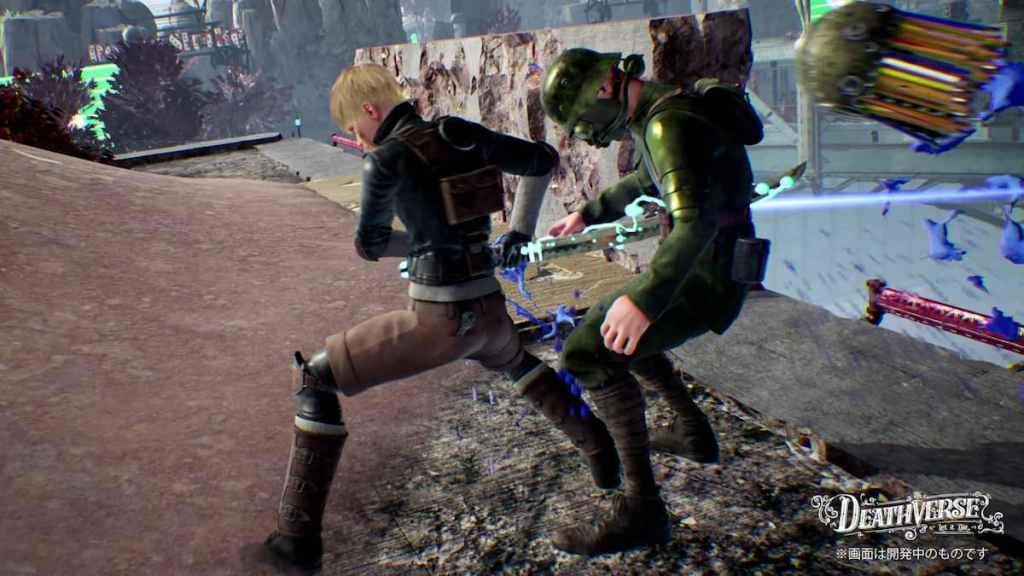 Deathverse: Let It Die takes the Dark Souls-inspired combat of the original Let it Die game and turns up the intensity by throwing you into a 16-person battle arena, where it’s winner take all. This high-intensity battle can be intimidating, so here to give you essential tips to help you stay alive in Deathverse.

The biggest difference between your traditional battle royale and Deathverse: Let it Die is that you aren’t just taking away health from your opponents, you’re actually harvesting it for yourself. Every player has a max health bar of 2000 HP, but you begin the match at 1000 HP. This means that fights can have a tendency to swing back and forth. The more health your opponent has, the more you have to gain by fighting them. Being defensive is important, yes, but the key to keeping yourself alive is to keep attacking.

Not all weapons are created equal

The weapons in Deathverse: Let It Die are just as unique as they were in the game that came before. The game has five different weapon categories: the Machette, the Katana, the Hammer, the Arm Gauntlets, and the Buzzsaw. Each of these categories also has three different weapons. While the damage and animations are the same for each category, each weapon has a wildly different passive skill and a weapon XP meter to make that passive even better. Lastly, every day the game will assign three “weapons of the day”: one that will award bonus Kill Coins, one that will award bonus Ranked Points in ranked mode, and one that will give bonus Weapon XP. Pay attention to the weapon inventory menu to optimize your time in the game.

Stay away from edges

One of the more frustrating aspects of Deathverse: Let it Die is that the game communicates that there is no fall damage inside of the arena and that you can be pushed out of the arena and killed instantly. How often this comes up will depend entirely on what map you play on. Some maps have giant open areas. Obviously, we won’t recommend throwing yourself off the edge, but if you are trying to max out the battle pass objective for playing games, dying quickly will help.

The minimap is your friend

Keeping an eye on the minimap is key to your survival. Most matches in Deathverse will take less than ten minutes, mostly due to how the game will ultimately try and force you into one room. Whenever you see an X on the minimap, that means someone just died, and that means that at least one other person was there to kill them. Use this information to figure out how many people are nearby you at any given time. Zones will also randomly become toxic, so make sure you use the minimap to stay out of these zones as they will destroy your health quickly.

You can not kill a hunter

Hunters are another unique aspect of Deathverse: Let it Die. They spawn randomly and are determined to kill players. At the launch of this game, there’s only one way to survive a hunter attack: run away and hope they kill someone else. You’ll need to break their line of sight if you are sighted and then hide until they go away. But more than likely, if you’ve been spotted by a hunter, you’ll be dead very quickly.