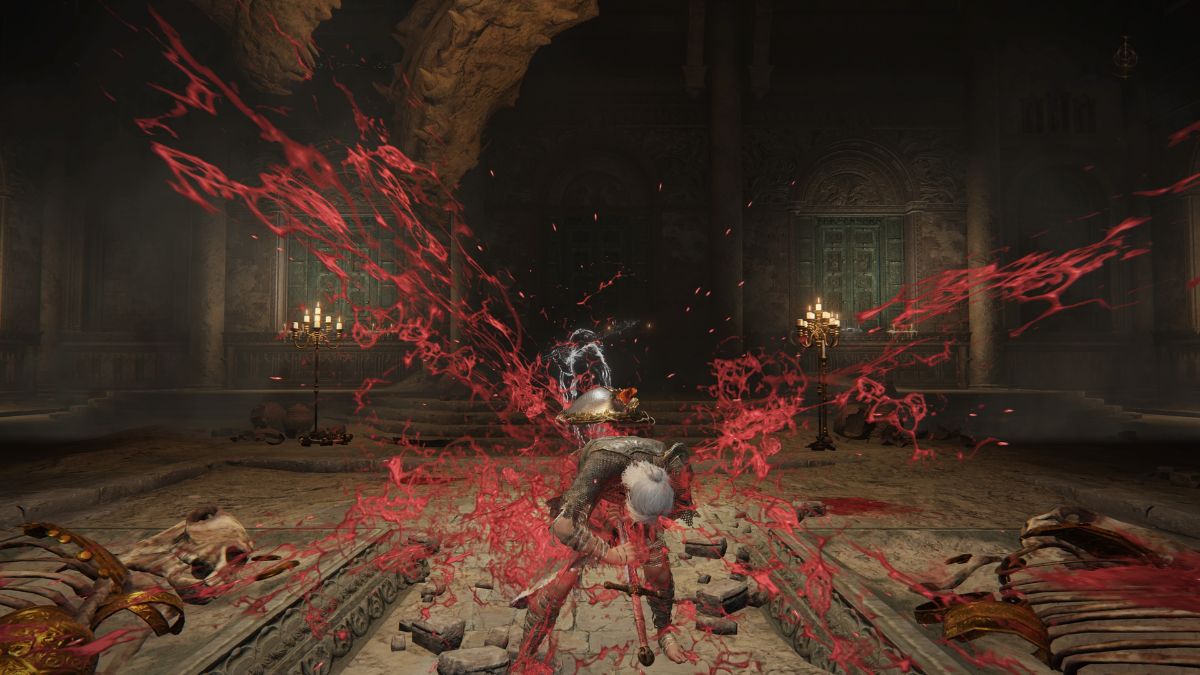 Bleed is one of the more terrifying status effects that you can inflict on enemies and other players. This is because when the meter fills up, they get a percentage of their health taken away from blood loss. This mechanic makes bleed builds highly sought after. But what if you want to inflict bleed damage without touching your opponent? This guide will show you the best bleed exploit build you can make in Elden Ring.

The easier of the two items to obtain is the Fire’s Deadly Sin incantation. This incantation is hidden away in Altus Plateau. To reach this area, you either need to obtain the two halves of the Dectus Medallion and take the lift or go through the dungeons leading to the area from Liurnia. Once there, head up north to Dominula, Windmill Village. Go to the southern part of the town where the cliffs are. Here, you will find a spirit. He will disappear and leave behind the incantation.

To use both items, you will need at least 19 Faith. Of course, more would be preferred so you can deal more damage. Equip a good seal, the incantation, and whatever weapon you want that can use the Seppuku weapon art. Use the incantation and then use the weapon art. This will cause the incantation to deal bleed damage instead of fire damage. Stand next to enemies and they will start losing health rapidly. This exploit even works when facing strong boss enemies.