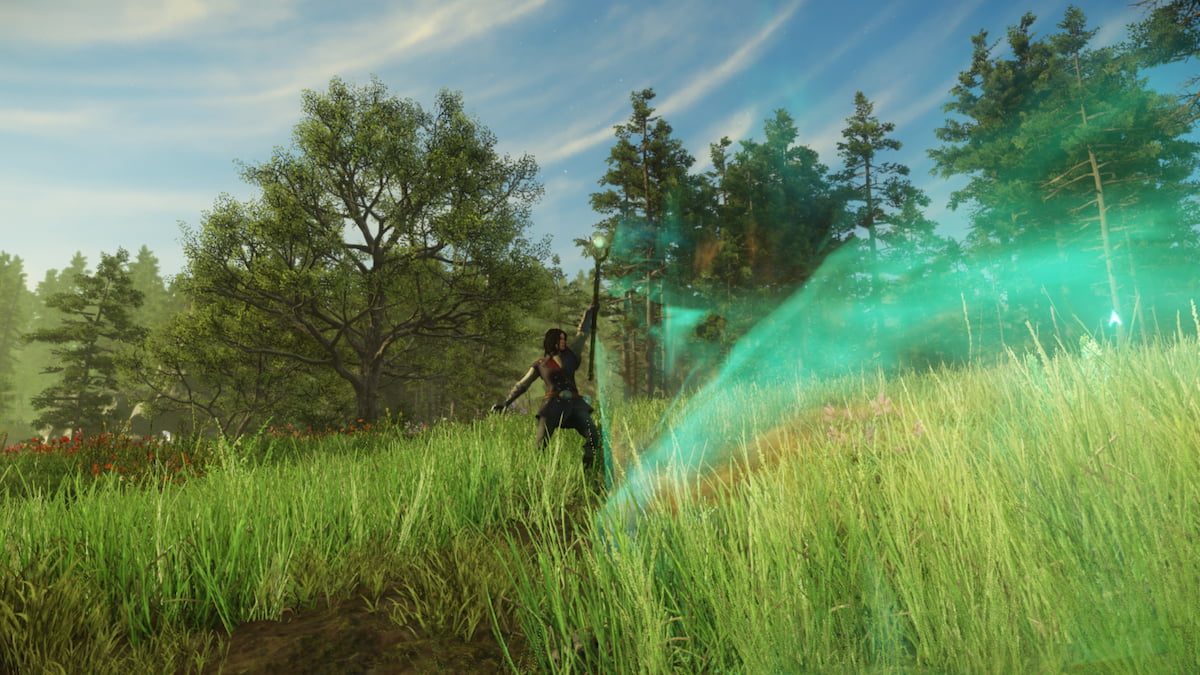 The gems you add to your armor and weapon are crucial in New World. They help round out your build and boost certain aspects of your playstyle. If you’re using a Life Staff, you typically prefer to remain in the back and not draw too much attention, attempting to heal your allies and keep them alive. In this guide, we’re going to break down the best gems you can be using while wielding a Life Staff in New World. These gems can be used on your Life Staff, or they can be added to your armor.

Being attacked by elemental powers is a common trend for those using a Life Staff. Therefore, you’ll want to pick to add any of the defensive Abyssal, Arcane, Ice, Fire, Lightning, or Nature gems to your equipment to help protect you against them. While you might be fighting in close quarters often, ranged magic dealers are still a problem, and defenses against them are crucial.

The Calming gem is an ideal PvE choice. You’ll probably be using it to ensure that your tank can maintain the attention of every angry enemy that rushes after you, even if you’re using an attack to damage them while healing your allies. This is an essential gem for someone using a Life Staff for every bit of PvE content in New World.

The Elemental Ward gem is slightly different than the ones about a specific type of magic. This gem increases the broad spectrum of Elemental damage, rather than a single one, so it’s good to have if you have other gem slots that you’re using for your secondary weapon, increasing your defenses.

Similar to the previous gem, the Physical Ward gem protects against all types of physical attacks. Even though it doesn’t have a specific damage type focus, it’s good to have to make sure you don’t become too overwhelmed within a matter of seconds, ensuring your allies can rush to your aid while you heal yourself.

You won’t be fighting in the front lines too often. That means you’re likely going to be at full health, and with the Rally gem, your heals are going to increase while you have full health. This is another crucial one for those who prefer to lean into healing while wielding a Life Staff.

The final gem we’re going to recommend for the Life Staff is the Wilderness Ward. It does the same as the Spectral Ward, but it gives you a significant boost to your physical damage absorption and provides you with a smaller elemental damage absorption. So if you’re more worried about physical attacks and being ambushed by melee attackers, this one is a solid choice to help with it.