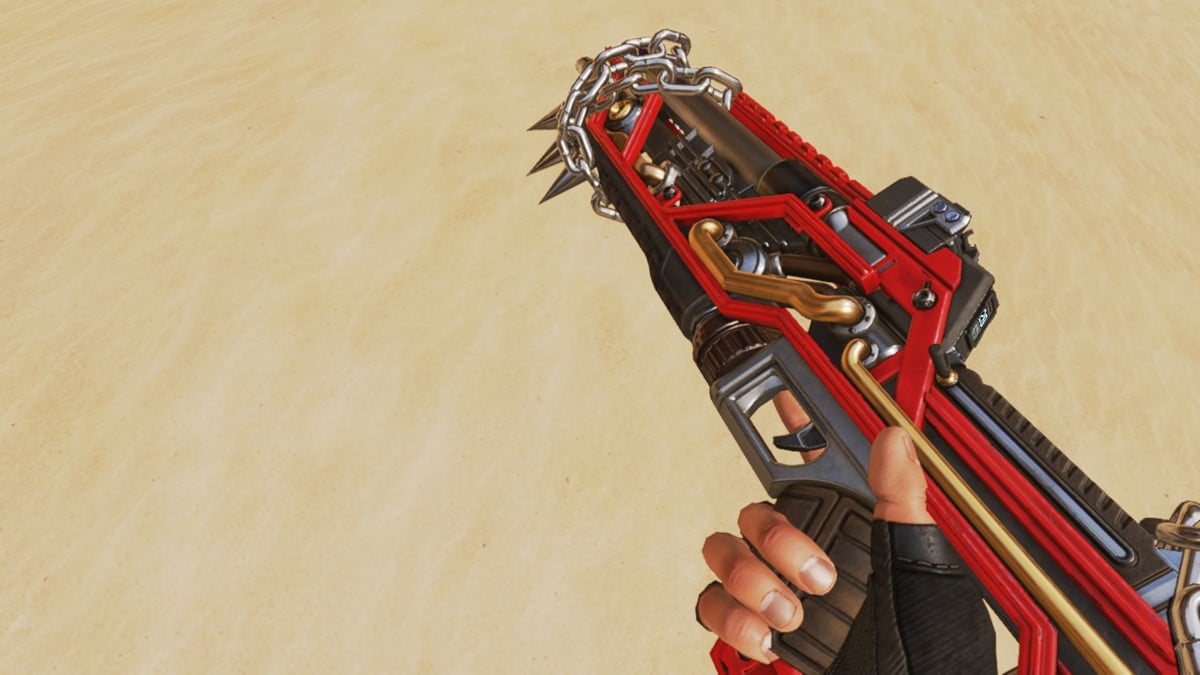 Heavy weapons have always held an interesting place in the Apex Legends meta. There was a time that the Spitfire would’ve been number one on this list, no contest — but after the Season 9 nerf, the category is a bit shaken up. If we lined up all the heavy hitters and aimed for the best of the best, what would that look like? Let’s take a look, from most favorite to least.

There is a reason the Prowler SMG is a care package weapon. While it’s unwieldy in its default burst mode, with a simple toggle into auto-fire, it’s clear this thing was designed to melt opponents. It is a close-range weapon, so if you’re playing mid to long-range, you may want to skip this, but the Prowler is pretty much always worth picking up if you are using another SMG.

The Flatline VK-47 is probably one of the most underrated weapons in the game. It’s a great weapon both in auto-fire mode, or in single-fire if you have the Anvil Receiver Hop-Up. You can utilize this gun both at mid-range and close-range depending on the optics, and the hip-fire isn’t too bad either. While it isn’t the best gun in the game, it is one of the most versatile.

While it no longer sits in the number one spot, the Spitfire is still kicking. The Spitfire is a solid LMG, though not as powerful as the L-Star energy LMG is right now. It works well with a mid-range optic, and even though it has no toggle fire mode, it can still be utilized in two ways by switching between a mid-range optic and hip fire. Both can be deadly if utilized correctly.

We debated putting the Wingman on the list because it is one of the best guns for high-level players. That said, the difficulty threshold is just too high to justify it. If you have golden aim though, give the Wingman a try.