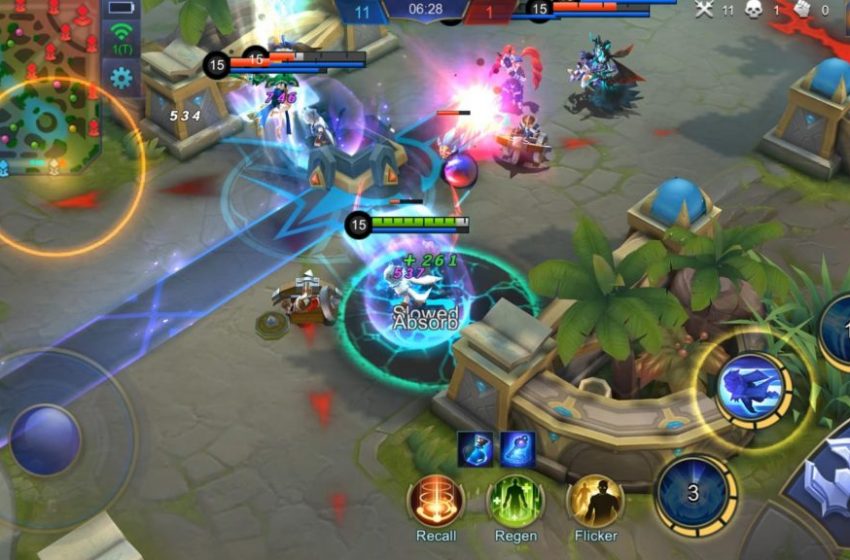 Mobile Legends: Bang Bang has a healthy roster of 95 heroes to choose from, each with their own strengths and weaknesses. With every new season, some heroes fall off the list, while others persist even as new heroes are added. What places these heroes above the rest is how well they fit in the meta. Chances are you’ll see most, if not all of these heroes in high-level play.

We’ve ranked these heroes based on how rewarding their kit is when played correctly. For example, a character with a set of straightforward abilities will show up lower on the list. On that same note, a more rewarding kit typically coincides with a higher skill ceiling.

Atlas isn’t your typical meat shield, this squid is bringing a frustrating amount of CC to the table, making him the go-to for advanced players. Two out of three of Atlas’ abilities have CC attached to them in the form of stuns and slows. If that isn’t bad enough, using any of his abilities will trigger his passive “Frigid Breath,” creating an area of frigid cold around him. Any enemy nearby will have their movement speed and attack speed slowed significantly, while Atlas gains a bonus to magic and physical defense. Atlas can be really tough to use just because of the balancing act between being a mech and a (not so) helpless squid. But when you do, he becomes one of the best tanks in the game.

Mobility can give you a huge advantage over other players. That’s where Granger shines. For a marksman, Granger has just about everything you need to mop the floor with your opponent. For starters, Granger doesn’t use mana. He gains bonus critical damage based on his shots, has a burst attack “Rhapsody,” and can zip around the field. Because of that, Granger has very few weaknesses, if any. Hitting targets with Rhapsody reduces the cooldown on “Rondo,” his blink ability, making it effectively spammable when used correctly.

Grock can be thought of as a tank that can also maul you if you underestimate him. On the surface, his kit is pretty straightforward, a kind of bruiser-tank, but it’s the bonuses he gets when near walls that puts him on this list. When Grock is near walls or a turret, he gets a healthy bonus to magic and physical defense, as well as HP regeneration. Cast “Power of Nature” and you’ll damage nearby enemies, but cast it near a wall and you’ll become immune to crowd control effects. Not near a wall? No problem. “Guardian’s Barrier” lets you create walls and damage opponents. His ultimate “Wild Charge” can be a heavy hitter in team fights, if used correctly. Normally he’d charge ahead, but if you aim your ultimate near a wall, it gains a huge burst of additional damage.

Having a large amount of mobility can win games. Valir’s kit not only makes him one of the best burst mages, but also directly impedes mobility. “Burst Fireball” deals a massive amount of damage and slows his targets. “Searing Torrent” can cut off an enemy’s escape by creating a wall of fire, knocking back enemies and slowing them. While Valir is primarily an AOE burst mage his kit has enough CC to make him a valuable support hero, provided your team lineup favors it.

Carmilla isn’t your typical support; she doesn’t heal the team or cast shields. Instead, Carmilla focuses on CC. In fact, Carmilla is the queen of CC chaining. It starts with “Crimson Flower.” Its damage is decent enough and heals her for a small amount, but the best part is how it slows down any enemy it hits. You then follow up with “Bloodbath,” stunning your opponent and setting them up for her ultimate. Her ultimate “Curse of Blood” is why she’s an expert in CC chaining. It can chain to three additional targets and whatever crowd control effects the initial target had is spread to everyone linked.

X.Borg relies heavily on the armor he’s wearing. Why he programmed it to break away when it took too much damage is beyond me. He can rebuild it by casting his skill, which makes enemies drop Firaga supplies, a necessary ingredient that heals him and his armor. X.Borg can be tough to kill because of his passive. His Firaga armor can take a beating before breaking, and with how easy it is to rebuild the armor, you need serious coordination to bring him down. To make matters worse, his ultimate “Last Insanity” deals a ton of AOE damage and true damage to boot.

Freya is far more straightforward than X.borg. She can act as a fighter/tank hybrid, or just a straight-up bruiser. Her damage and utility allow her to fit either role. Freya’s passive “Power of Einherjar” makes her playstyle possible. After using an ability, she gains bonus attack speed for the next two basic attacks. Additionally, every two attacks she’ll add a sacred orb to her arsenal. These can be spent to add secondary effects to her skills. For example, “Spirit Combo” has her rushing forward to deal damage and gain a shield. Spend a sacred orb and you can cast it again, up to four times.

Kaja has a bit of an identity crisis. He fits well in a variety of roles—support, mage, fighter, assassin—but traditionally he’s right at home as a support. What makes Kaja so versatile is his ultimate “Divine Judgement.” With it, Kaja can target a hero, suppress them, and pull them around. As an assassin or fighter, you can use this rack up solo kills by hiding in a nearby brush. As a support, you suppress their carry, pull them into your team, and the beatdown can commence. If your team lacks damage, Kaja can be a burst mage considering his abilities scale off of magic damage.

Lancelot was a decent hero to begin with but his reworked passive has pushed his thick golden locks to the front, making him one of the best and coolest champions. His passive “Soul Cutter” gives him a 10 percent damage boost every time he lunges, maxing out at 30 percent. This gives his combo kit some major burst damage when you realize every one of his abilities incorporates a lunge. Lancelot contributes to his team through single target focus. He has very little in the way of AOE abilities, and is best served as a bully against the opposing marksman or other squishy, easily killed heroes.

Karrie, like Granger, has burst damage a team-carrying marksman needs, but relies more on basic attacks than abilities. Her passive “Lightwheel Mark” will deal bonus true damage after a few consecutive basic attacks. Her abilities revolve around supporting her passive. What Karrie lacks is reliable mobility. She has Phantom Step and bonus movement speed from “Speedy Lightwheel,” but neither can match the kind of mobility Granger has. She’s got plenty of burst damage to match Granger, but her team needs to back her up.

Natalia’s kit is, unsurprising enough, all about being a typical assassin. Her kit is simple, yes, but effective at dishing out huge amounts of damage while still providing some team support. She can silence, attack turrets while in stealth, and can toss a smoke bomb to slow enemies and make her immune to basic attacks.

Harith is the ability spamming king thanks to low-cooldown abilities, burst damage, and annoying shields. His playstyle relies on messing with your opponent. Harith can create a copy of himself that deals damage along a path, and then make it explode by using “Chrono Dash.” His other abilities further support those two spells such as a shield, lowering cooldowns, and reducing enemy crown control on himself. The main reason Harith fits in Tier 2: he’s usually banned, and for good reason.