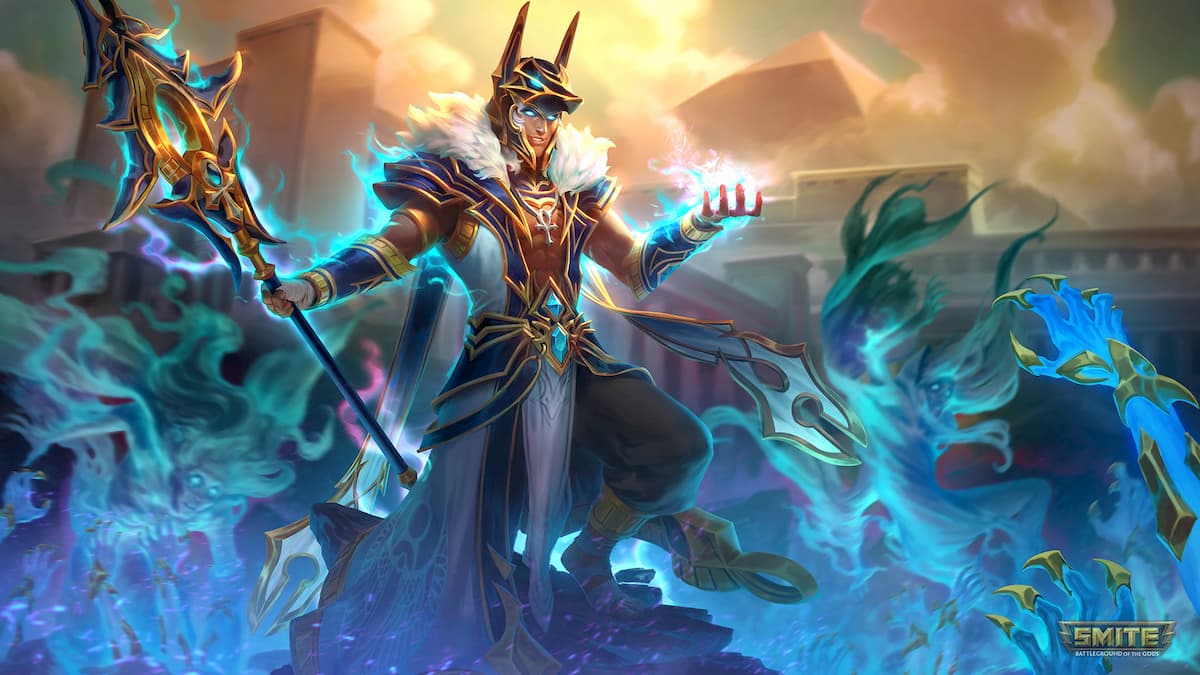 The middle lane in Smite can see a lot of traffic from various members of each team. You can expect to see your jungle player and the enemy’s jungle player, activating it to make it between the left and right portions of the map. When it’s 10 to 15 minutes into the game, the support typically starts to rotate, and they become your new partner if they’re not too busy rolling around with the jungle. That can happen, and in Season 8, it’s even more critical you get things right by having the best start to provide a significant impact on the game. With so many starting items to pick from, these are some of the best for the middle lane.

Vampiric Shroud’s return is a wonderful sight for any mage player looking to jump back into the middle lane. This item gives you a boost of magical power, health, physical protection, magical lifesteal, and every time you damage an enemy with an ability, you regain 6 points of health and mana. While it can only be triggered once per target, per ability, it’s a powerful force for those who have only abilities that fire once.

You can upgrade Vampiric Shroud into Blood-soaked Shroud or Sacrificial Shroud. Blood-soaked shroud will give you 12 health, 6 mana, and a stack of 1% of magical lifesteal for 6 seconds every time you hit an enemy with an ability. This can stack infinitely but only trigger once per target, per ability. Sacrificial Shroud increases the damage of your abilities by 15%, but it costs 5% of your maximum health whenever you use it, similar to how Thanatos uses any of his abilities.

If you plan to use your abilities more often and want an immediate cooldown reduction item, Sands of Time is the starter item for you. It also gives you magical power and MP5. The item’s passive is that it gives you 2 MP5 per 10% of your missing mana, so you use your abilities more often. Many mages returning to the game will want to use this item to help them out when starting in the lane, but they’ll want to pick up a lifesteal item pretty fast to stay in fights.

You can upgrade Sands of Time into Pendulum of Ages or The Alternate Timeline. With Pendulum of Ages, you receive more magical power, more MP5, and the cooldown reduction remains the same. The passive becomes 4 MP5 for every 10% of your mission mana, and you also gain 7 magical power for every 10% of your available mana. For The Alternative Timeline, you receive magical power, physical and magical protections, and the same cooldown reduction. The passive becomes a Chronos ultimate ability, where if you die, you become CC immune, damage immune, and you cannot move for 1.75 seconds. After, you receive 25% of your health and mana and move again. This passive can occur every 10 minutes.

If you plan to be far more aggressive in the middle lane, Conduit Gem is a great choice when you plan to fire off your abilities one after another. The item only gives you magical power and MP5, but the passive is that you gain a stack of Arcane Energy every second, and that stack causes your next damaging ability to deal 2 True Damage. You can stack this up to 20 times for 40 True Damage against a target.

You can upgrade Conduit Gem into Archmage’s Gem or Gem of Focus. Archmage’s Gem gives you even more magical power and MP5, and your stacks of Arcane Energy become Demise. Your damaging abilities now dean an additional 2.5% of your magical power against your target, and every hit removes all stacks. You can stack Demise up to 20 times. Gem of Focus gives you less magical power, but you also gain health and the same amount of MP5. The item’s passive is every time you use an ability that uses mana, and you gain a stack of Focus. A stack of Focus gives you 3% movement speed, 3% damage increase, and 2% damage taken is reduced. Focus can stack up to 3 times.

Death’s Toll is normally a carry starter item, but a few mages, such as Olorun and Chronos, primarily rely on their basic attacks to do damage. Death’s Toll gives you physical or magical power, based on the god you’re playing, and a small amount of health. The item’s passive is that every time you hit an enemy with a basic attack, you regain 2 health and 1 mana. If your attacks do AOE damage, then you receive half as much for every enemy hit.

You can turn Death’s Toll in Death’s Embrace or Death’s Temper. With Death’s Embrace, you receive more physical or magical power and more health. The passive becomes every time you hit an enemy with your basic attack. You receive 3% of your health and mana. With Death’s Temper, you receive a smaller amount of physical or magical power, attack speed, and less health. Your passive becomes stacks of Temper whenever an enemy dies near you. These stacks increase your basic attack power by 3.5% for 10 seconds, allowing you to stack it up to 5 times.

Gilded Arrow is a specific choice for middle lane players, especially if you play a hunter or a mage. If you play a mage, you’ll want it to be one that leans into basic attacks, such as Chronos or Olorun. This one is tough, and you may want to have more experience before trying it out. With Gilded Arrow, you receive basic attack damage, health, and MP5. The item’s passive is that every 10 seconds, an enemy minion receives a mark. When you make the killing blow against that enemy, you receive 10 bonus gold, restore 20 mana, and 20% attack speed for 8 seconds.

You can upgrade Gilded Arrow into Diamond Arrow or Ornate Arrow. Diamond Arrow gives you more basic attack damage and health, and the passive becomes whenever you kill an enemy, you gain 10 gold and a 20% attack speed buff for 8 seconds. That buff can stack up to 3 times, and if you kill an enemy god, you gain 3 stacks of the attack speed buff and 30 gold immediately. When it comes to Ornate Arrow, you receive lower basic attack damage but more health. Your passive becomes all sources of gold gain for you are increased by 20%, and every 100 gold you have, you gain 1% attack speed and 0.8% critical strike chance, for a maximum of 25 stacks.