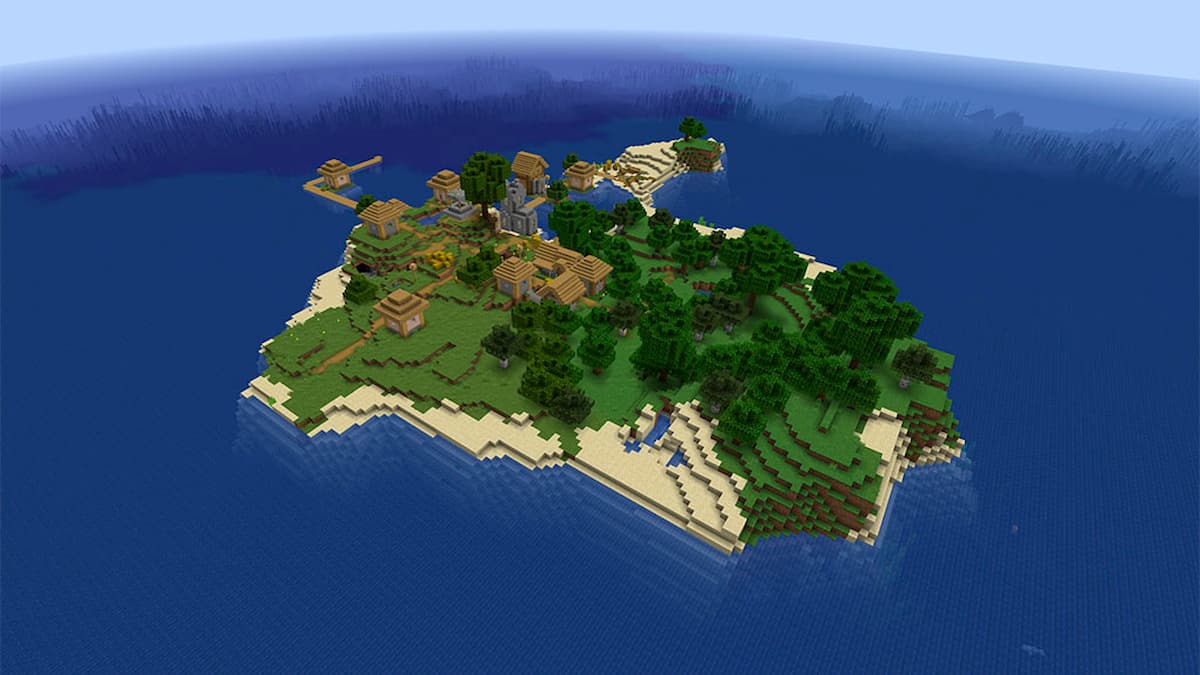 Image via Mine Guide

Looking for the ideal Island spawn for your next Minecraft Survival game? The following guide will list several excellent spots for you to try out, taking into consideration enjoyability, design quality, and exploration, along with testing your survival skills. This guide will include seeds that work for either the Java version and the Bedrock version of Minecraft.

Minecraft seeds are codes that generate locations in the game to play. Players develop and share their creations for others to test out and enjoy. Whether you’re itching to challenge yourself with the next Survival Island Seed location, or just simply looking to play around and explore, the following seeds are sure to satisfy.

This is the ideal Island as far as everything you need for starting off with survival mode, with a village, farm animals, wood, and lots of space. This Seed the perfect choice for your very first survival island experience challenge.

This Island is bustling with Jungle vegetation. The terrain feels incredibly realistic, giving a true meaning to the feeling of Island survival. Be sure to try this one out and experience the jungle vibes it has to offer.

This Island incorporates a high level of unique terrain, detail, and an overall feel of exploration. There is also a tower that is erected from the middle of the Island, giving the location a really nice touch. Encircled around the main Island is a couple of smaller Islands that continue on with the general theme of the mainland.

Surrounded by underwater coral, this Island is full of trees, a handful of cows and pigs, and a small village off to the shoreline. Additionally, there is a small bonus village island a little way away, so be on the lookout for it. Rumor has it that there’s also a hidden ruin portal hiding underwater nearby.

At first glance, this Island is quaint, moderately sized, and shares similar characteristics with many other Island Seeds out there. At a closer look though, and you’ll quickly find Caverns that run deep underground, which heighten the feeling of exploration and excitement while playing. Be on the lookout for treasures buried deep beneath the Island.