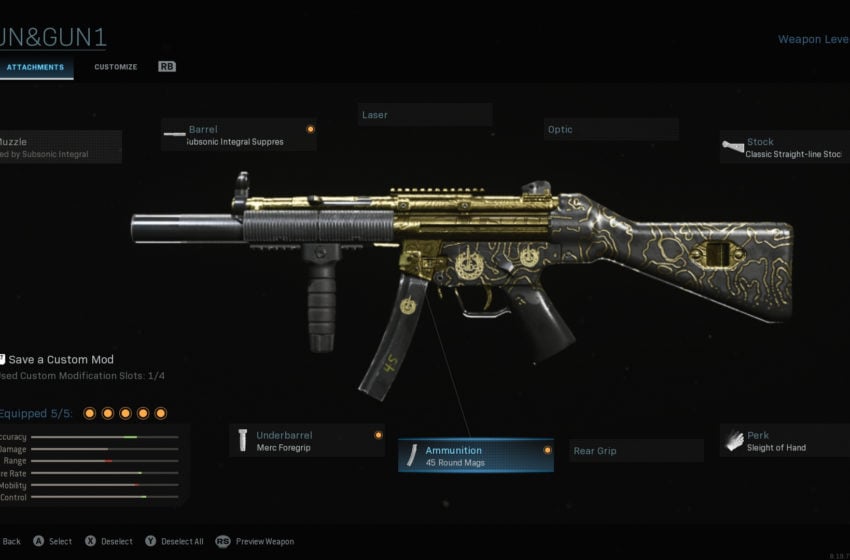 The MP5 has become one of the most popular weapons in Call of Duty: Modern Warfare. It is very flexible for an SMG with well-balanced stats making it is great for any playstyle from long-range combat to fast-moving and stealthy CQB.

The MP5 is one of the few weapons in the game with good default sights which often frees up an extra attachment slot when creating new loadouts. It also has a few unique attachments available designed for effective stealth and run-and-gun loadouts. Here are some of the best options for an MP5 loadout sorted by play style. While all of these are effective in-game, players should build and experiment with weapon builds to suit their own personal playstyle.

This loadout is best when used as a secondary weapon for the Overkill perk. It works very well with long-range and heavy weapon builds granting even more flexibility to players. Combining the MP5 with a longer-range or heavier weapon through Overkill allows players to change strategies on the fly and adapt to the flow of the game.