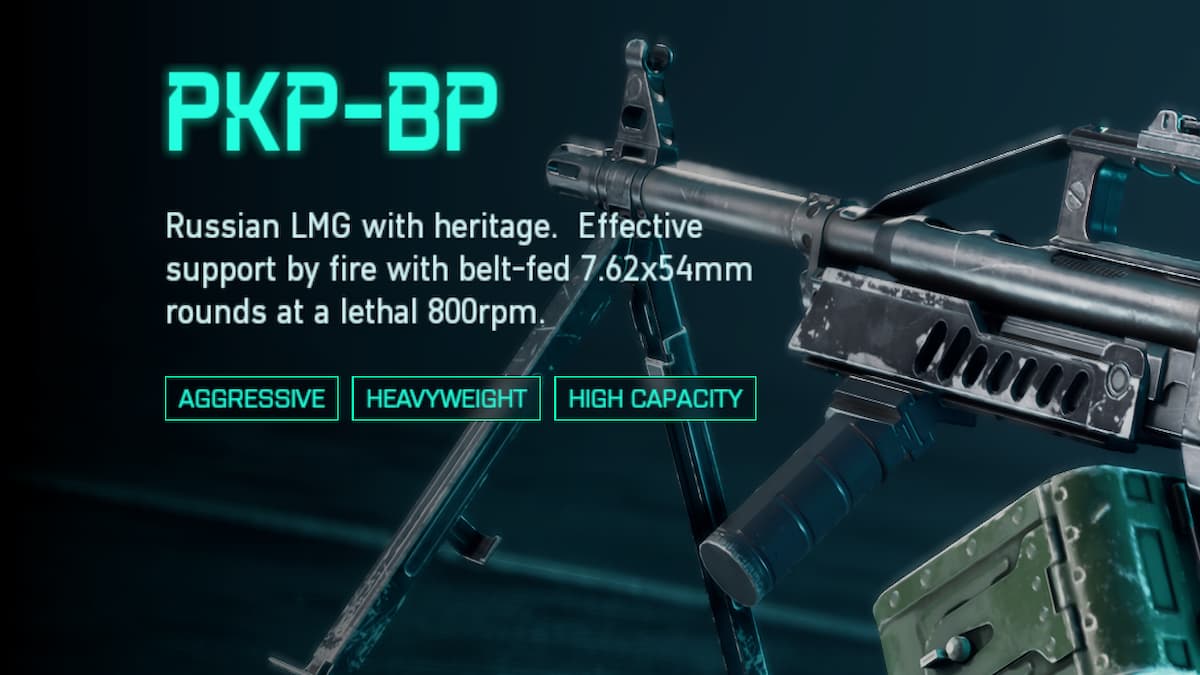 The PKP-BP is one of the LMG options available to players in Battlefield 2042. Sporting a 200 round magazine and a rapid 800rpm fire rate, this gun can inflict serious damage on many targets before needing to reload. This weapon is not without its downsides. It has slow handling like most LMGs have in the Battlefield franchise. However, if you are willing to work over this weapon’s downsides, it can be gratifying with the right attachments, and in this guide, we will go over the best loadout for the PKP-BP.

Base stats and best attachements

At first glance, this weapon’s base stats are about what you would expect from an LMG. However, a few attachments stand out to make this gun shine in a firefight. We have found that the following attachments increase the weapon’s effectiveness and, with a little bit of strategic positioning, will let you rain fire down on those who are in your sights.

The attachments mentioned above make this a good all-around LMG for medium to slightly further ranges. LMGs tend to flourish in these engagement ranges, but one can tap fire an unsuspecting sniper for a cheeky kill. With bipod, this weapon can turn into a proverbial laser while prone, allowing you to send a lot of lead on target to confirm your kill. Unfortunately, the attachments for this weapon don’t do a lot for the handling of this weapon, but if you keep your positioning in mind and use good judgment, this weapon can shine in specific encounters.