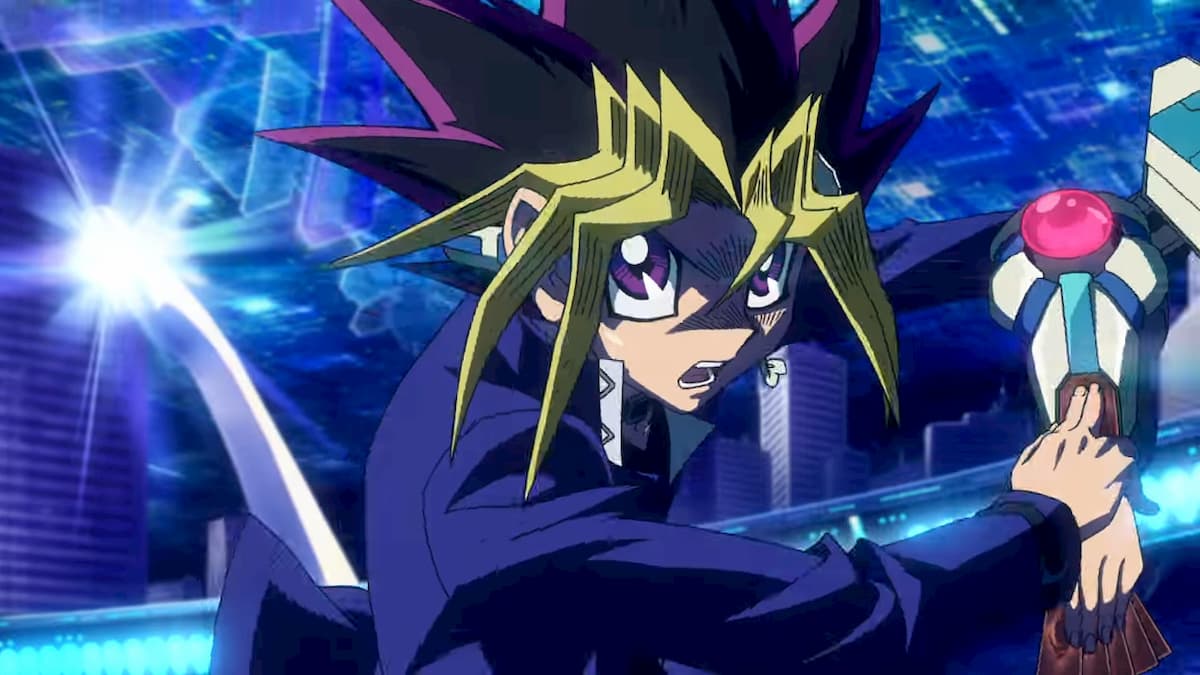 Polymerization is a very basic fusion spell in Yu-Gi-Oh that allows you to, when played, summon another corresponding fusion monster from your Extra Deck to play.

It does not offer any more traits or stats beyond that, but due to its high level of support added over the years, the spell remains a common strategy among competitive players and casuals alike. The trick is knowing which combinations of cards work best with this spell, and which ones will help you elevate your deck in play. This is why we have compiled our list of the top cards you can use in support with Polymerization to get the most out of it.

While he is, alone, the most powerful of all the Ancient Gears, Ultimate Pound also has an ability when he is taken out of battle where you can search your deck for Polymerization and adding another Ancient Gear monster from your Graveyard to your hand.

Playing the Elemental HERO Blazeman will allow you to add a Polymerization to your hand when you normal or special summon him, and his stats are pretty good too. His second effect is activated during your main phase, and while it prevents you from summoning for the rest of your turn, you can choose any HERO card to send to your graveyard, and he will copy its stats and attributes.

Fluffal Owl can let you add a Polymerization from your hand when normal or special summoned. His stats are pretty solid, sitting at 1,000 for each, and then he can also pay 500 life points to fusion summon a Frightfur monster. Not too bad of a deal.

A great support to have on hand for any Frightfur decks you have, Patchwork allows you to add one Edge Imp monster and one Polymerization card from your deck to your hand. It’s as simple as that, and while it may be simple, it can be quite useful as it comes with no life point or other costs.

Fusion Recovery can be a great card to help you cycle through any cards you don’t want or need. It doesn’t take up any field spell zone and works pretty quickly once it’s played. It will instantly return a Polymerization and monster used as fusion material.

This spell will allow you to discard a card to add a Polymerization from your deck or Graveyard once per turn. This is great for swapping out any cards that you don’t need to find the ones you are looking for.

Fusion Reserve can help you get some bang for your buck as it gives you the ability to reveal a Fusion Monster from your extra deck and then add a monster specifically mentioned from your deck to your hand.

King of the Swamp

While being rather useless on its own, King of the Swamp serves to either pull your fusion spell or be used as needed material, as he can search your deck for any Polymerization card.

Black Sheep is not going to be doing you any favors on its own in battle, as the battle stats are awful. But she can be used to great effect as you can discard her to add Polymerization to your hand or even add a different Lunalight monster from your Graveyard to your hand.

Witch is solid support for Polymerization as you can tribute her so you can add the spell from your Graveyard or deck to your hand. This can be incredibly useful for using just one Polymerization card in your deck as you can recover it repeatedly.