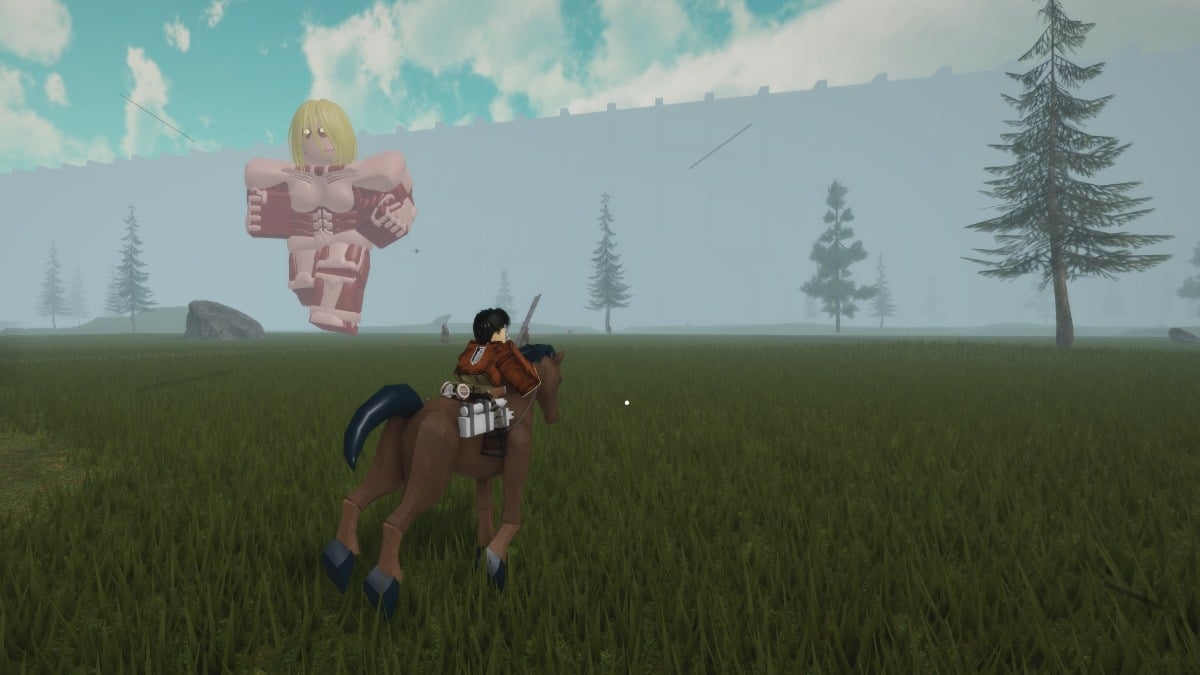 Take the fight to the Titans and reclaim what was lost in Roblox. With the tools that Roblox provides, users can unleash their ultimate creativity. Many have already taken to this and created their very own game types featuring areas and style akin to that of the hit anime and manga Attack on Titan (Shingeki no Kyojin).

Thanks to these Roblox creators, you can experience the freedom of movement the ODM (Omni-directional mobility) gear can provide and give the Titans a taste of your steel, reliving your favorite moments from the show. Below is a list of Roblox Attack on Titan games we feel are the best of the bunch, each with its own take and features for truly unique experiences, but first, we take a quick look at the controls.

How the controls work

Thankfully, the controls are pretty intuitive and simple, though they can be difficult to master. Each game mode has some unique differences, but the basic concept is relatively similar. It should be warned that the movement isn’t perfect and can be awkward at times.

Utilizing the ODM gear requires you to aim with the mouse reticle and press the ‘Q’ and ‘E’ keys for individual grapple hooks, or pressing both keys together (or the Shift key in some game modes) to launch both for more stability and speed. Using the Spacebar will utilize more gas, granting you greater speed, but be careful if you run out of gas, you will put yourself in a situation where you will be unable to escape. Now, onto the games.

Created by a user named Film, this game mode provides a sandbox similar in layout to the Shiganshina District found in the show filled with Titans of varying shapes and sizes. Zipping through the district’s streets feels responsive, though it can get a little weird and confusing when it comes to fighting the Titans. It mainly depends on the angle you are at when you’re grappling onto them. An additional download is available that provides different missions for you to challenge and hone your skills.

This game mode, created by a user named Arkatori, is a bit more bare-bones than the others, but the movement system is better, in our opinion. Specifically, this game mode has you utilizing the Shift key to engage both grapple hooks on the ODM gear, streamlining the movement system a bit. Similar to the previous game mode, it is also a sandbox-style area that resembles one of the wall’s outlier districts. The area is large and filled with Titans to bury your blades into.

Created by a user named MultipleStuds, this game mode offers players the chance to embody the power and stature that only a Titan can provide. It allows you to transform into any of the Titan Shifters, as well as any of the forms that those Titan Shifters have been seen in from the show and manga. If you are not a fan of spoilers of what’s to come, this is your warning. The Titan controls are simple and easy to understand. Movement is handled by the WASD keys along with the ‘G’ key for grab and the ‘H’ key for healing. A full list of these controls can be found on the game mode’s Roblox page.

This one, created by user xX1Ameer1Xx, is the most feature-rich of all of them. What sets this game mode apart from the rest is the sub-game modes it provides allowing you to revisit missions from the show as well as PvP with other players. Atop of those, it also features an in-game/premium currency, mount system, avatar customization, and a gear upgrade system to make you more efficient in your Titan slaying endeavors.

Created by a user that shares their name with this game mode, AoT: Freedom Awaits is a sandbox-style game mode (currently in demo) that gives you one of the most authentic experiences of being a soldier taking the fight to the Titans. The controls are the best we’ve seen, giving you absolute control while utilizing the ODM gear. Coupled with the familiar sound effects and movement animations. This is by far the most authentic feeling use of the ODM gear.

In order to utilize the ODM gear, it first needs to be equipped with the ‘1’ key. After that, by pressing the ‘R’ key you unsheathe your blades and get to work. Controls are similar to most game modes by using the ‘Q’ and ‘E’ keys for the left and right grapple hooks respectively. By hitting the Space Bar, you can utilize more gas to propel yourself at blistering speeds.

This game offers a relatively basic cosmetic system allowing you to change basic factors of your avatar’s appearance such as hair type, eye color, etc. Equipment cosmetics are present, but unlike the other similar game modes, it doesn’t offer an in-game currency. Instead, these items are locked behind the Robux currency.