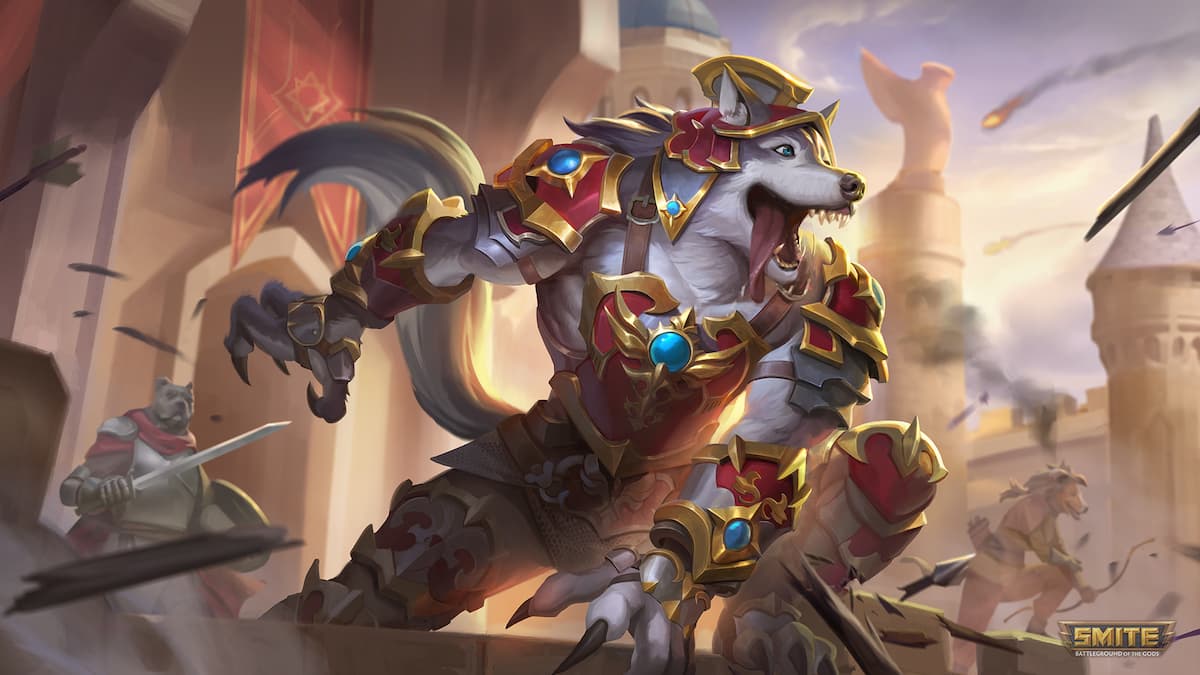 The second battle pass for Smite’s Season 8 has arrived, Heroes of the Wild. While it is not a battle pass that the game partnered with an outside company to create, it features various fantasy-themed cats and dogs, giving them classical armor and aesthetics as if the skins were pulled from the medieval pages of a King Arthur tale. There are 60 levels for you to progress through in the Heroes of the Wild battle pass. You have a little less than six months to complete all of it. There’s a basic and a premium version to the battle pass, and if you want to purchase the new battle pass, it costs 600 gems, which equates to right around $10.

These are the rewards and skins you receive in the Heroes of the Wild battle pass.

The bandit kitty ward skin will watch your back in the jungle. It’s an adorable black cat with an equally cute sword. This is the level 40 free unlock on the battle pass.

We’ve never seen Amaterasu reimagined as a Chibi Inu, but it fits. This skin features a much smaller version of the god, and it has a distinct paw print on her mirror. This is the level 20 premium reward on the battle pass.

Heroes of the Wild music theme

A new musical theme is always a welcome addition to your Smite game. This theme features distinct flutes and classical themes that make you think you’re about to walk into one of King Arthur’s exclusive parties. This is the level 35 reward on the premium track.

The first skin you can earn on the Heroes of the Wild battle pass is the Heroic Husky Fenrir skin. It features Fenrir reimagined into a loyal husky, complete with his own set of armor. You can only receive this on the premium track of the battle pass.

For those who want the hear the grumpiest necromancer cat cheer them on as their team slashes through an enemy team, the Nekomancer announcer pack is available on the premium track at level 15.

Although the Heroic Husky skin for Fenrir feels like the headliner for the Heroes of the Wild battle pass, it’s the Nekomancer Zhong Kui skin for most people. This skin turns Zhong Kui into the grumpiest mage you’ve ever seen, and if you can’t get enough of its voice from the announcer pack, you can have it whenever you play Zhong Kui. This is the final reward on the premium track of the battle pass.

There’s a new one on the Heroes of the Wild battle pass called Sushi Neko for those who already have Bacchus’ cat skin. It recolors this skin into a black and white feline and adds a bit more detail to the skin. While it might appear to be a simple recolor, the Sushi Neko version has a bit more going on if you compare the two skins side by side. Luckily, with it partially being a recolor, the skin is being offered on the basic battle pass track for every player who reaches level 50.