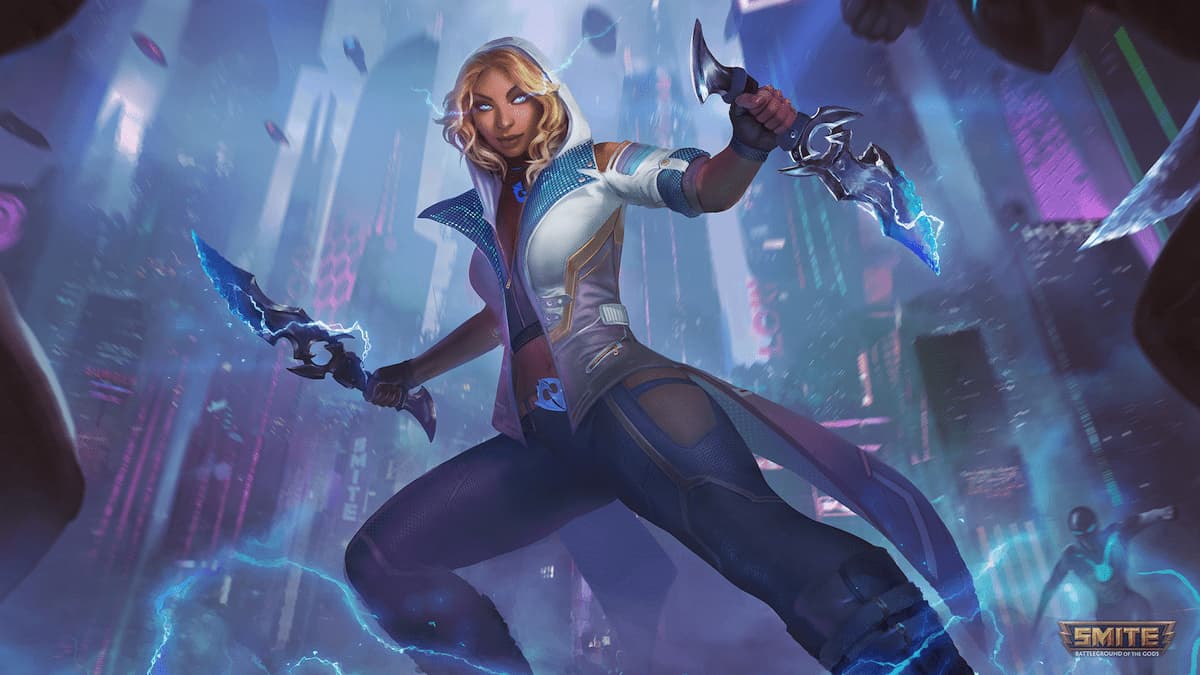 The player in the jungle role in Smite will find themselves running around the map, constantly fighting with the multiple camps attempting to provide buffs to their teammates. You’ll also be tasked with attempting to assist in lanes that require additional support or trying to gank unsuspecting enemies for your team earn kills. It can be a stressful role, and you may find yourself being blamed for several problems if you’re losing. These are the best starting items you can pick when playing in this role to help make things easier.

The standard jungle starting item, Bumba’s Dagger is extremely close to what the original assassin’s starter item was back in Season 7. You’ll do additional damage with your basic attacks and abilities against jungle minions, and whenever you kill them you’ll receive a boost of health and mana. If you’re not too sure what more specialized starter item you want to use on a god, Bumba’s Dagger is great for everyone.

You can upgrade it into Bumba’s Spear or Bumba’s Hammer. Bumba’s Spear allows you to do more true damage to enemies, and you’ll still regain health and mana from jungle kills. Bumba’s Hammer is all about using your abilities more often to augment your basic attacks, similar to Hydra’s Lament.

Eye of the Jungle

For those who need attack speed right from the start, Eye of the Jungle is a great item. It’ll increase your HP5, physical or magical power, give you a flat 15% increase to your attack speed. You’ll do increased damage to jungle monsters, but you won’t receive any mana or health from killing them. When you take out a large jungle minion, you place a ward in its place. If you plan to use Eye of the Jungle, we highly recommend making your first item a lifesteal item to ensure you won’t be returning to base too often.

If you have a jungle god that primarily uses their basic attacks to whittle down an enemy, such as Kali or Aracnea, Manikin Scepter can do some heavy damage. Not only do you receive a flat damage reduction, but every basic attack you land gives a burning effect that stacks on an enemy, taking damage over time, and their attack speed is reduced. This effects jungle monsters three times as much. Much like Eye of the Jungle, make sure to grab a lifesteal item to keep you alive in the jungle, or you’ll have to rely on your healing abilities.

You can upgrade Manikin Scepter into Manikin Mace or Manikin Hidden Blade. Manikin Mace increases the burning effect that your basic attacks do, doubling down on the original starter item. Manikin Hidden Blade works a bit differently. Its passive is if you have not taken damage for the last five seconds and you hit an enemy god, jungle monster, or boss, they take 15% of their current health as physical damage, and they’re slowed by 20% for 5 seconds. It’s a good way to gank a solo fighter or start a team fight surrounding an objective.

Bluestone Pendant is typically reserved for the solo lane, but it can work in the jungle if you primarily use your abilities against the minions. The item increases your physical power, HP5 and MP5, and every ability you land does additional damage to the enemies you hit over a few seconds. It’s a good way to quickly take down jungle monsters, but they do not receive any more damage from this item, so you have to be mindful of your health.

Gilded Arrow is typically reserved for the carry role, but it can work against jungle minions. The passive of the ability is that every 10 seconds, a minion is marked, and if you secure the last hit against them, you gain 10 bonus gold, and your attack speed is increased by 20% for 8 seconds, restoring 20 mana. If you can rotate around the jungle quickly enough, taking out those targets, you can rack up gold fairly quickly.

You can upgrade Gilded Arrow into Diamond Arrow or Ornate Arrow. Diamond Arrow works similar to Gilded Arrow, except it’s every enemy minion you kill. The attack speed buff can stack up to 3 times. However, killing an enemy god gives you 3 stacks automatically. Ornate Arrow increases every source of gold you gain by 20%. For every 100 gold you gain, you’ll have 1% attack speed and 0.8% physical critical strike chance. This can stack up to 25 times.