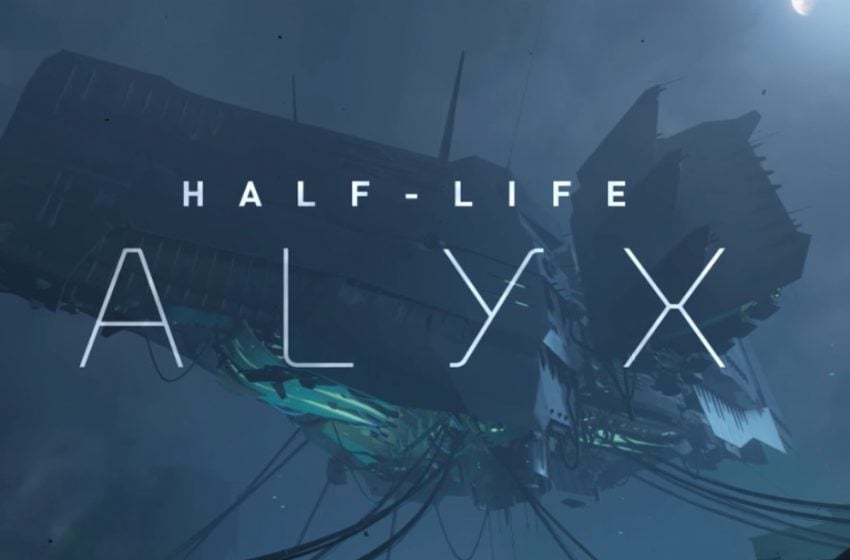 We are just under a month before the release of the next Half-Life game, and we still can’t believe we typed that out. It’s been so long since the last game, and the memes about the series have more or less rendered our hopes of seeing another one dead. But, Valve has decided to bring the series back with Half-Life: Alyx, the completely-VR adventure that takes place before the events of Half-Life 2. Putting players in the role of popular character Alyx Vance, Valve is aiming to make their universe even more immersive by releasing the game for VR only. That’s right; if you want to dive into Half-Life‘s next adventure, you are going to have to do so with a VR headset.

For those of us who haven’t gotten our hands on our own headset, finding the right one can be daunting. There are plenty of options out there, and none of them are necessarily on the cheaper side. Companies like Facebook and Valve have all dipped their toes into the world of VR headsets, so we have compiled this guide for you to find the best headset to meet your needs.

This VR headset is, by far, the cheapest way to play Half-Life: Alyx. They are available from a variety of manufacturers, including HP, Lenovo, and Microsoft. While the specs can vary for each headset, you can expect to get a resolution of 2880×1440, with a refresh rate of 90Hz, which isn’t too bad at all! Controllers are bundled with each headset, but they are a little bulky, which can be annoying.

Also, stock for these headsets can be pretty low, making finding one of these to be rather challenging. The Microsoft Store is probably your best bet for finding one, and they usually have them at solid prices. Right now, you can find the high-end headset, the Samsung Odyssey+, right now at the Microsoft Store. You can find a good bundle for the Odyssey+, with two controllers, on Amazon, with some third-party sellers having bundles.

The Odyssey+ will offer you a higher resolution and a wider field of view, and at that low price, that’s not a bad deal at all.

The Oculus Rift S is the advanced headset in the Oculus line, and it is also significantly cheaper than other headsets on the market. While it is more expensive than the Windows Mixed Reality, its boost in specs and power, combined with its lower cost, makes it a great middle-ground for anyone looking to spend a little more on a headset.

While the screen is a little smaller on the Rift S, coming with a 2560×1440 LCD with a refresh rate of 80Hz, the tracking for the headset is its strong point. The headset has a strong inside-out tracking solution that doesn’t require any external base stations yet and is very accurate. Along with this strong tracking, the price includes the two controllers for the headset, and they are great. While they lack the precision of the single-finger tracking of Valve’s Index controllers, they still work great in-game.

Besides, beyond just Half-Life: Alyx, Oculus’ games catalog is excellent, so you will have a wider array of games to play after you finish this latest story in Valve’s beloved series. While stock for this headset is also somewhat limited and they can be hard to find.

This should come as no surprise, but Valve’s own VR headset is the best way to play Half-Life: Alyx since the game has been developed to take full advantage of the headset’s features.

The 130-degree display has a combined resolution of 2880×1600 and uses the true RGB subpixel arrangement to make images crisper than you’d find on other VR headsets. The refresh rate is at 144Hz, which is much higher than other headsets on the market. The tracking for the headset is excellent, the Knuckle controllers make per-finger tracking amazing, and the audio is high quality.

Unfortunately, this boost in tracking is due to the reliance on base stations you will have to set-up around the room, meaning that there is some more assembly required than with other headsets. Also, the power of the headset means that you will need a pretty powerful computer to use the headset. This also means that the headset is one of the more expensive options. While you can buy the base headset for $499 on Steam, if you want to the whole package, including controllers and base stations, it’s going to run you $999, no small amount of money. Also, the stock is pretty limited for this headset right now, with Valve claiming the spread of the Coronavirus has impacted production schedules. But they promise more headsets to be available before the game’s release.

So if you are looking to dive into Valve’s newest adventure without breaking the bank, we recommend the Windows Mixed Reality headset. You may not get the performance as higher-end options, but the game will still be playable. If you want something a little more in the middle, more power but still somewhat reasonable with price, the Oculus Rift S is an excellent option for those looking to find that compromise. But for those of us who won’t settle for anything less than the best and can afford to drop a good amount on a headset, the Valve Index is, far and away, the best option to experience the game.

There are a wide variety of options in the VR world, and a lot of them are compatible with the game as well, but these are our choices for you, depending on what you need and can afford. Regardless, our excitement for Half-Life: Alyx is steadily growing. We hope this is Valve’s return to greatness and the start of more Half-Life games being made. Even nothing else, it’s just nice to see Valve getting back into making actual games again.