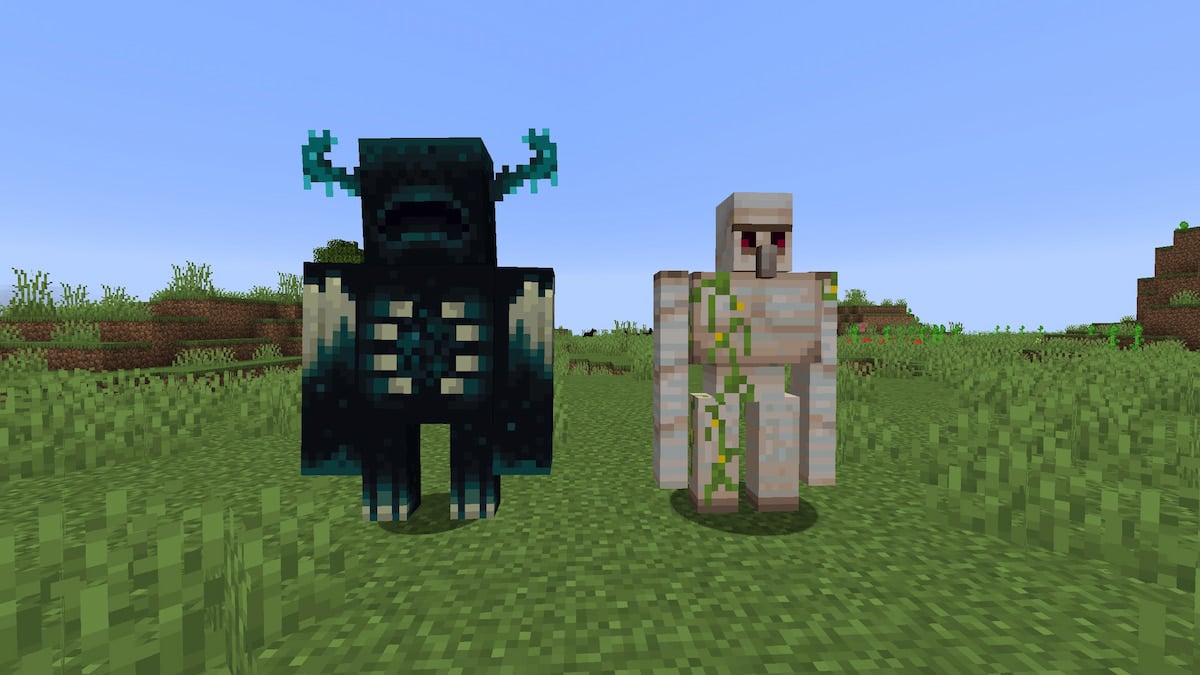 The Warden has been hinted at as an upcoming mob for players to battle against in Minecraft for quite some time. Initially, this cave-dwelling creature was set to arrive in the game during the first part of Caves & Cliffs, but that has since changed. The Warden was pushed back quite a bit and has remained an elusive creature. With the arrival of Minecraft’s 1.18 Update, can you now find the Warden battle against it in the dark?

Unfortunately, that is not the case. The Warden has not arrived in Minecraft’s update 1.18. The Warden was supposed to come in the 1.18 update, but that has since changed. It’s been formally announced that the Warden will release in Minecraft update 1.19, called The Wild.

The Wild update will release sometime in 2022. There’s no exact date for this release yet, but we’ll also be receiving the Deep Dark biome, which is where the Warden dwells. When it does arrive, you’ll have to dig deep underground to find the Warden and try your hand at battling against this creature. Thankfully, it has extremely poor eyesight, which means you’ll have the chance to crouch down and sneak around it, throwing items to lure it away from you.

If you’re looking for the Warden in Minecraft’s 1.18 update, you won’t be able to find it right now. You’ll have to wait a little bit longer before it reveals itself.