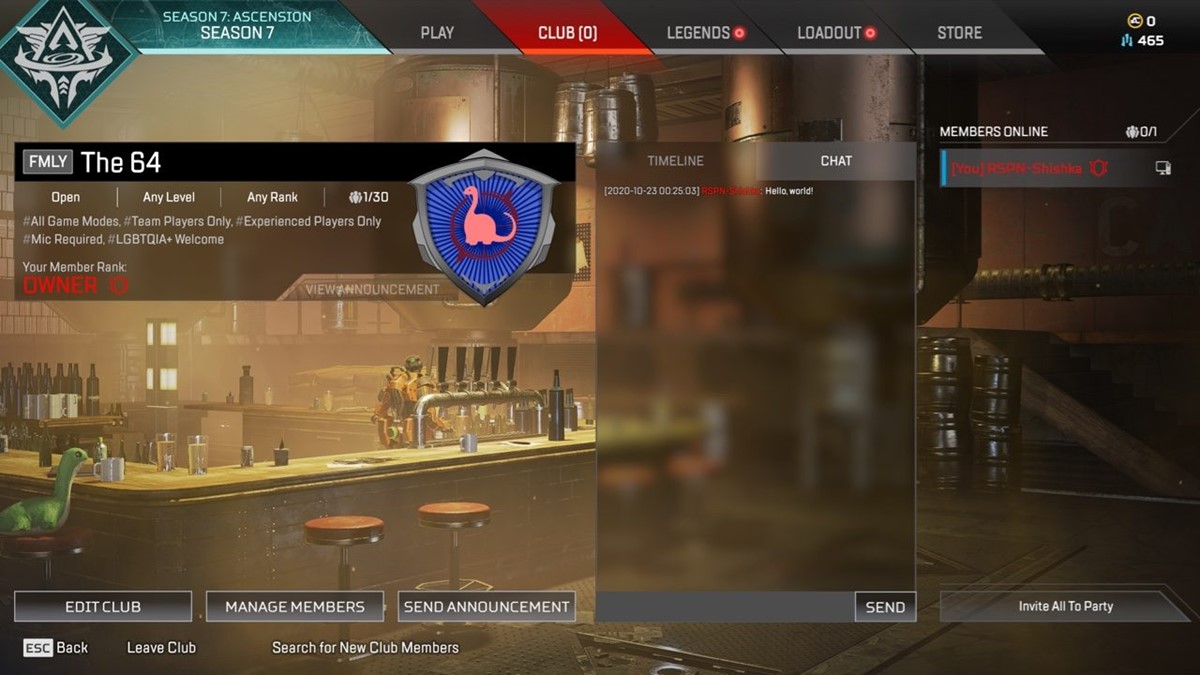 Whether you created a Club or joined a Club, it’s a good idea to get situated with the meaning behind the different ranks in the Club. There are four ranks in total, and they are separate from and have no relation to your rank in ranked mode. All Club Member Ranks are best explained by the following hierarchy, organized from most powerful to least powerful members.

Here is a chart detailing how every Club Member Rank operates within the Club:

The Owner is by default the creator of the Club. There can only be one Owner, and if you switch ownership as Owner, you will no longer be the owner.

You can have as many admins or captains as you want, though. So, if you prefer everyone have admin power, you can do that, though we wouldn’t recommend it unless you know everyone very well. And even then, do you really know them well enough to give them that much power? Only you can decide.