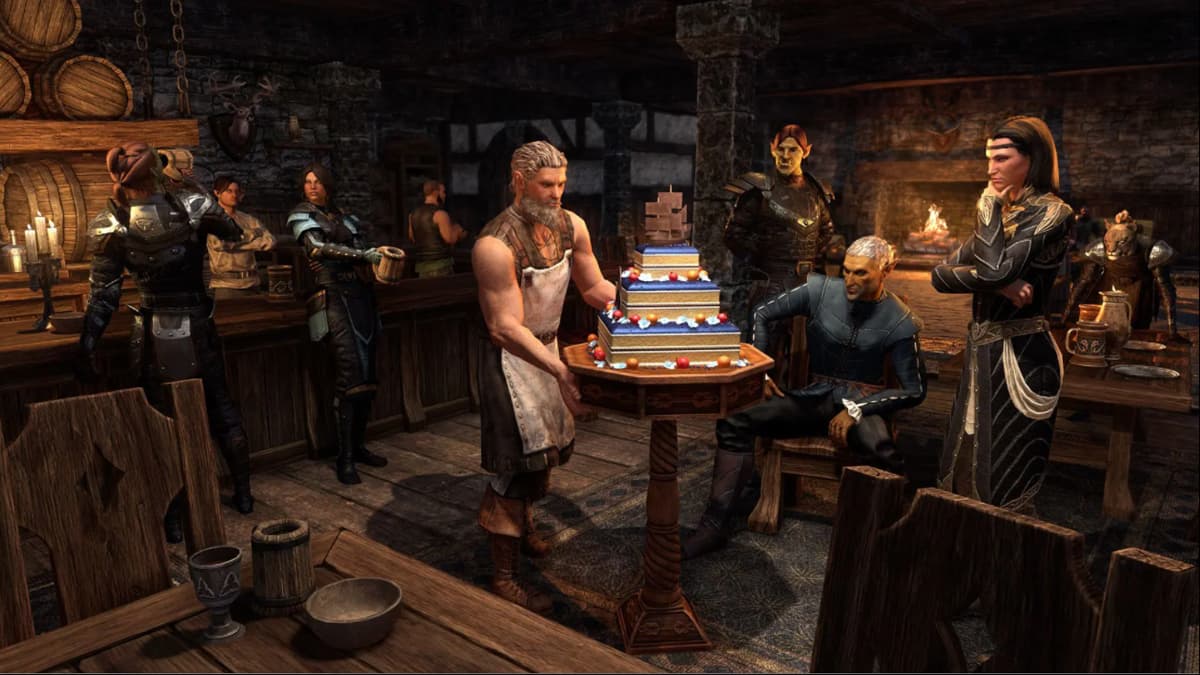 Elder Scrolls Online is celebrating its eighth anniversary with the in-game Anniversary Jubilee event. It’s a nearly two-week-long birthday that includes cake, bonus experience points, and plenty of new and unique items. Here’s how to begin the celebration and what you can expect to find on your journey across Tamriel.

To kick off the party you’ll need to begin the Jubilee Cake Voucher quest. First head to the Crown Store and search for it under the Quest Starters section. Accepting the quest will task you with finding Chef Donolon in his kitchen in either Daggerfall, Davon’s Watch or Vulkhel Guard. On completion, he will hand over the Jubilee Cake reward.

The Jubilee Cake is just one of several rewards to claim during the festival. Eating it will grant you a two-hour 100% XP boost, and the first time you eat it each day, you’ll get three event tickets. You’ll be able to collect up to 39 tickets by the end of the event. To go along with your slice of cake, you can also collect Anniversary Jubilee Gift Boxes by completing any daily quest in the game. Other rewards include:

You can spend event tickets on the following items: