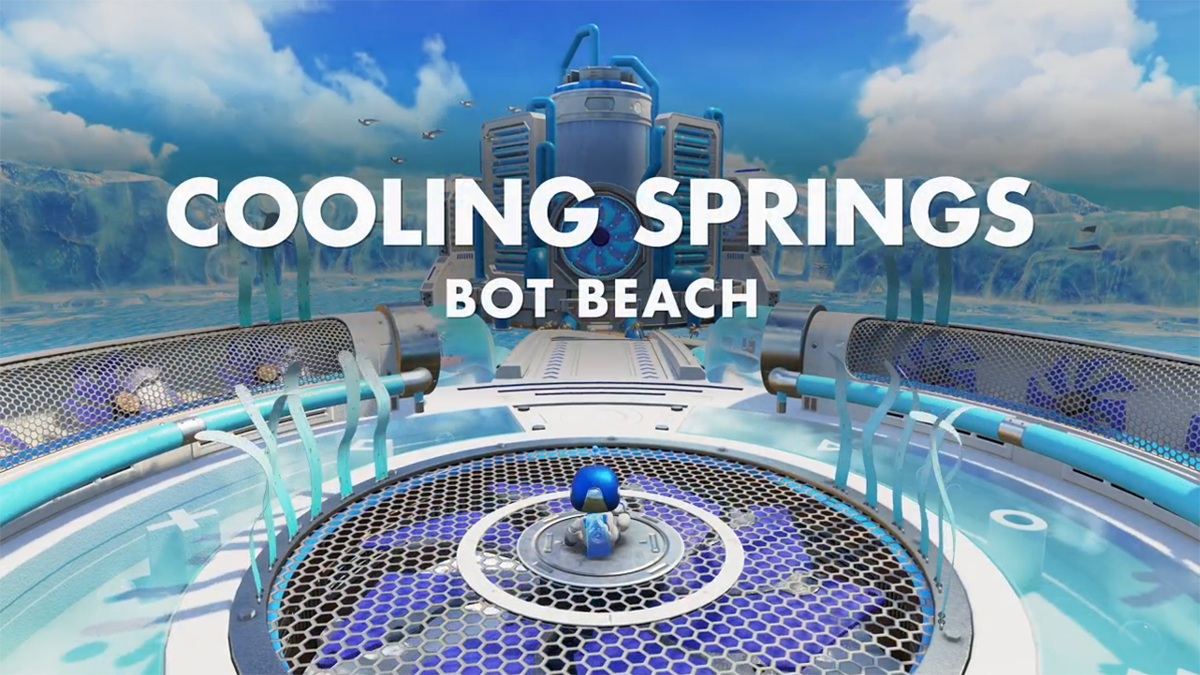 The PlayStation 3 was Sony’s first dip into HD gaming and, at the time, the most powerful home console. While it had its rough spots, millions of people enjoyed the PS3 and all it had to offer. In Astro’s Playroom, artefacts are a way to look back at each console’s physical offerings that played the games. Here are all the PlayStation 3 artefacts in Cooling Springs and where you can find them.

After going down the slide and falling into the water, swim towards the beach’s right side, and you will notice some boxes floating in the water. Defeat the two enemies on the circular dock and jump between the boxes until you get to the last one. Pull the wire for the PS Eye Camera artefact.

Where the previous collectible is on the right side of the beach, the controller will be found on the left side. Behind the God of War reference will be a small island with a tree and three spiky enemies. Defeat them and pull the big wires there to unlock the DualShock 3 controller as a collectible.

When in the springy suit, go through the main path until you grab a puzzle piece and then jump through two glass ceilings. After the second one, jump onto the pathway to the top left. Hop through the glass wall here, and you will see an open box inviting you to jump in. Do so, and you will earn the PS Move Sharp Shooter.

At the very end of the Springy Suit section, there will be a bunch of moving yellow platforms you have to jump across. In the top right of this area is a platform that moves up and down. Get on that platform and jump through the glass above, and you will grab the smaller Move shooting attachment.

Near the beginning of this section, go down the icy slide to get into a wintering area. Upon gaining control again, immediately go to the right and pull the wire to grab a small container and throw it at the blue platform suspended above the water. When it crashes down, jump across and remove the wires on the small island, and you will have the PS Move Navigation Controller.

Immediately in front of the slide you took to enter this winter room is a path you will skate across. Get to the big circular ice platform, and there is a path of PlayStation symbols to the left. Carefully glide over them and go to the small hill of snow on the other side. Pulling the two wires on each side will reveal robots, as well as a big wire you can grab to get the PS3 Game Disc artefact.

On the main path of this springy section, you will jump up a conveyor belt and past some glass boxes with beach balls in them. At the far right here, you will be lifted to the next floor. Jump to the right, and you will find a room filled with water. Hop onto the ice platform and then the red button on the other side to empty the water and grab the disc and case that would play PSP games.

When you reach a room that you have to ride a rotating platform across, do not jump on the lilypad that appears after hitting the red button on the other side. Instead, keep jumping left, and you will find a hidden room with a rotating cube and a bunch of coins. Get to the other side without falling in the water, and you will earn Sony’s first handheld console, the PSP.

Get to the end of Hotel Hopalot to find a pool party for all of Astrobot’s friends. Pull the blue wire here to get the PlayStation 3 console artefact.