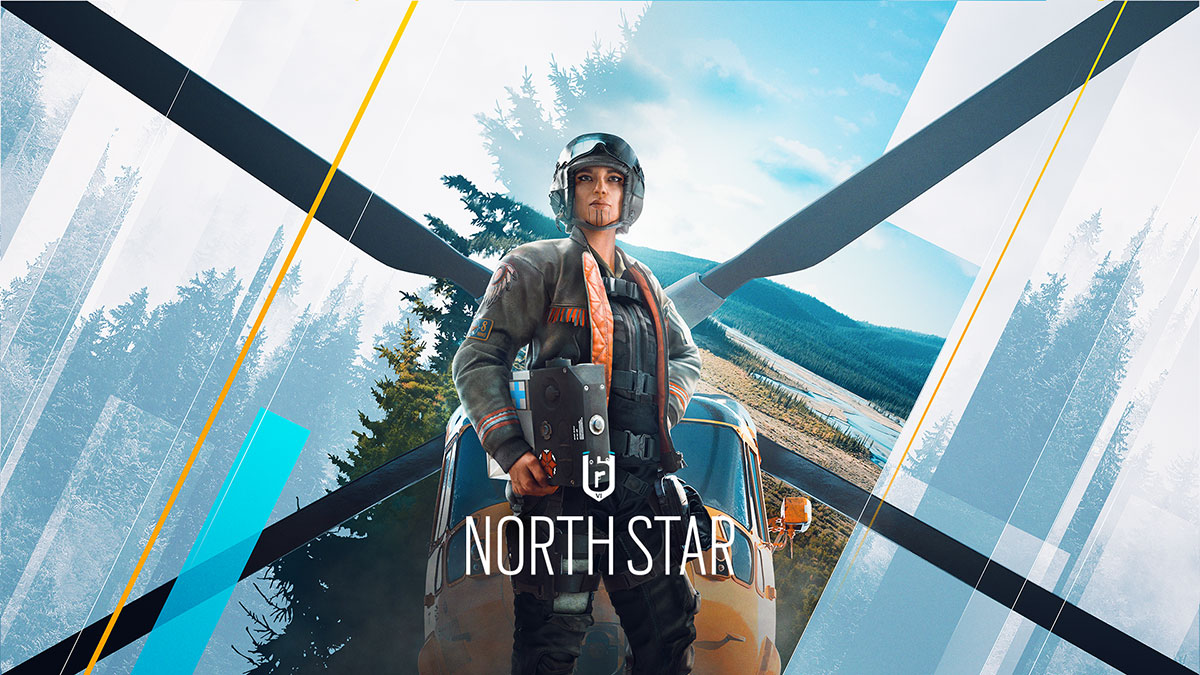 Rainbow Six Siege’s next season is called Operation North Star. As with most Operations over the last year, players get a brand new Operator to master, a map rework, and a plethora of balance changes to keep matches interesting for the next several weeks. In this preview guide, we’ll cover everything that’s coming to Rainbow Six Siege with the next season to give you something to get excited about for early June.

Thunderbird is a go

The new Operator this season is Thunderbird. She’s a search and rescue worker who completed her military training when she was 17. She can be played with either the Spear.308 assault rifle or SPAS-15 primary, Bearing 9 machine pistol or Q929 handgun secondary, and an explosive throwable.

While she’s a Defender, her gadget can benefit both teams. The Kóna Station is a remote healing station. Once placed, it will shoot out a small health boost to any player within its radius. That includes any Attackers who stumble in, but it prioritizes the player with the lowest health. To top it off, you can also revive yourself if you’re downed within the radius of the Kóna Station or manage to crawl over to one before you die.

Thunderbird is expected to be a “roamer” at launch, with players using her to scout ahead and move between high-intensity choke points and safer cover with her gadget. The beauty of the Kóna Station is that you can set up a defensive position with a shield or piece of cover and guarantee that you’ll survive for longer thanks to the added health boost from the gadget. Attackers will need to think twice when storming a room if they don’t want to get ambushed by players self-reviving.

As we’ve mentioned, Favela is the map being reworked this season. While it’s a casual rework that doesn’t make the map unrecognizable, the floorplan has been completely reworked. The key to Favela’s rework is that it feels like a much more balanced map now and far less chaotic. Gone are the bright colors on the walls and the huge number of tiny rooms you had to work through before. Instead, the map is far easier on the eyes, making it possible to see targets across a room without confusing them with the wallpaper.

For the most part, a sweeping change has been brought in that makes most rooms larger without taking away the flexibility the map had before. It’s still entirely possible to enter the first floor, take an enemy down, drop to the ground floor through a hole, and finish off their team. Everything still flows well, but it feels more spacious, creating a less claustrophobic atmosphere that breeds better teamwork.

There are a few very specific changes coming to Rainbow Six Siege with this update alongside the usual package of bug fixes.

Melusi’s Banshee gadget is being altered so that it doesn’t open until an Operator is standing within its radius. While this makes it slightly less effective as a tool for preventing Attackers from sneaking around, it also protects the device and makes it harder for Attackers to ambush Defenders. The Banshee takes around two seconds to open, in which time Defenders can see the approaching Attacker and take them out before they destroy the device.

This subtle change forces those playing as Melusi to think more about their Banshee placement. Putting one on the nearest wall isn’t a viable option anymore. These devices are better off hidden, providing maximum impact against Attackers.

Gadgets with protective glass are going to be a little less viable as of Operation North Star. A barricade with a viewing strip in or a deployable camera can all be hit with a melee attack to shatter the glass. That glass is then completely obscured. This update makes it possible for players to deny their enemy intel on their positions and loadouts without making too much noise. It also levels the playing field for the match moving forward.

Two major changes to the user experience are being implemented with this Operation. First, it’ll no longer be possible to look through a single bullet hole. Thin wall destruction remains the same, but now single shots won’t leave a hole for you to look through. This change has been brought about to make it fairer for all players, allowing you to see if there’s a possible viewing point that an enemy could use to spot you before killing you from the next room.

Armor ratings are being removed from health bars, but it’s still a viable item in any match. Instead, player health bars will now be boosted according to what armor they’re wearing. This also changes the way Finka’s health boost affects all players on her team. Now, you’ll see a temporary boost to the number on your health bar that will slowly decrease.

Attachments are being given a boost in the key area that they benefit a weapon. Nothing is changing with what each one does, but the change will make it more immediately obvious how the attachment helps you. This tiny change will bring attachments to the attention of all players who have ignored them so far.

Finally, death is changing quite drastically with Operation North Star. When a player dies, their body will be removed from the match after a couple of seconds, replaced with an icon to show where they died. This helps avoid any confusion over whether the body is a prone enemy or if a prone enemy is hiding inside the body, as we regularly experience. However, it maintains that level of intel you gain when a teammate is killed.

Once you die, you’ll now be able to skip through the post-death phases faster so that you can get into the support phase faster. There’s no need to rewatch your death through the eyes of your killer or wait for the death screen to update. You can get straight into pointing out the locations of every enemy player on the map.