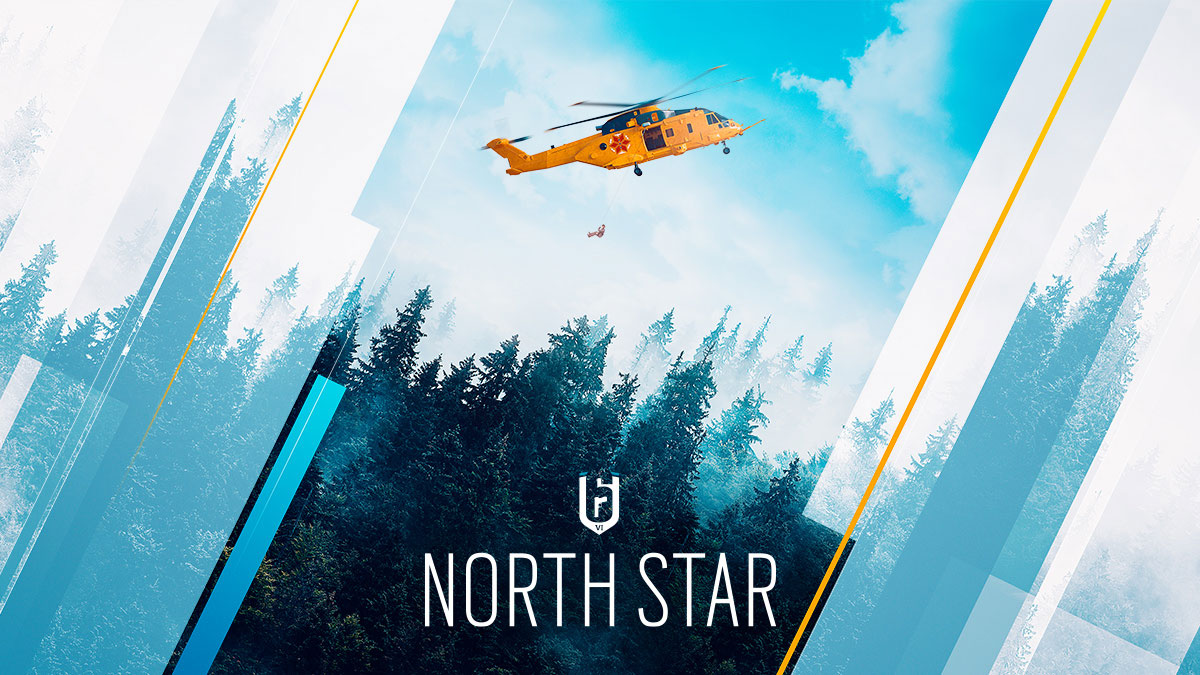 Ubisoft has revealed the name of Rainbow Six Siege Year 6 Season 2, Operation North Star. The Operation’s title artwork suggests that the new Operator will be a wildland firefighter, and previous information shows that Favela will be the map getting a rework this time around. A reveal stream will be held tomorrow during which the new Operator and all other details about the season will be outlined.

Each Operation for Rainbow Six Siege Year 6 adds a new Operator and reworks a map. They also contain at least two Rainbow Six Arcade events, similar to Apocalypse that ends today. Operation North Star will be no different, though, at the time of writing, details on all the new content are still scarce.

Fans have already managed to work out the profession of this new Operator from this artwork. The bright orange helicopter above, the forest below, and even the caption, “If you ever need help, just look up” all point to this. It will certainly be interesting to see how this has been worked into the Operator’s gadget.

Last season, Operation Crimson Heist added Flores, an attacker, so Operation North Star’s Operator will be a defender, and their gadget may even tie in with Favela, the map that’s getting a rework this season. As with all map reworks, Favela’s rework will see well-trodden routes cut off and new ones added in unexpected places. Walls could also be altered to make them indestructible, and new rooms might appear, offering new opportunities for ambushes.