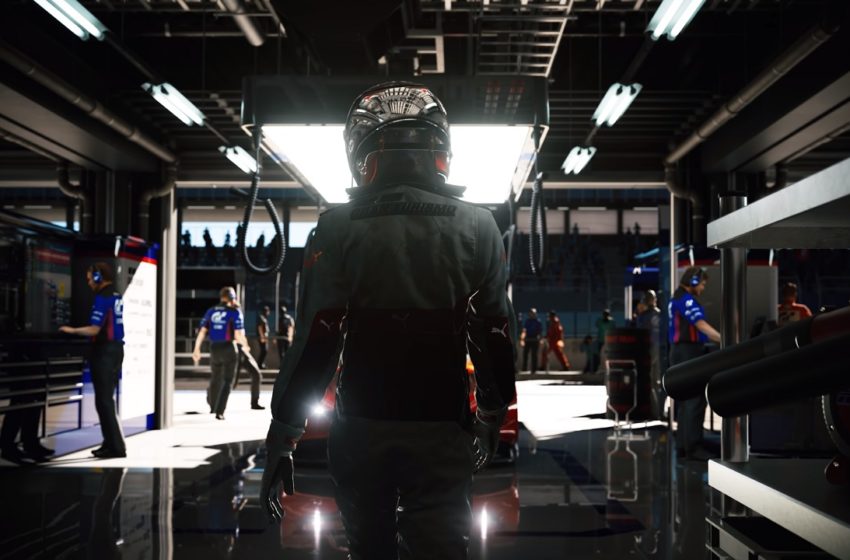 In 1997, Sony introduced a brand new racing game, created by Japanese development studios Polys Entertainment and Cyberhead in the form of Gran Turismo, a game that ignored the traditionally arcade heavy video game racing market and took on the more simulation approach. The reception was incredible, and the series was born with Polys Entertainment becoming Polyphony Digital and taking the series on permanently.

It’s difficult to state the importance of Gran Turismo as a blueprint for racing games after its release, especially on consoles. It created a market from a genre that was a difficult fit for video games at the time and made it incredibly popular, with games such as Forza Motorsport and the rally simulation genre proving that the concept worked.

However, a console generation drove past without a mainline, Gran Turismo. The PS4 has Gran Turismo Sport, but this was a departure from the usual format. The last main installment was Gran Turismo 6 on the PS3 in 2013.

But now, seven years later, it’s back as Sony revealed the latest game in their PS5 Showcase, and there was a far more familiar tone to what we saw this time. Here is everything we know about Gran Turismo 7.

What features are coming in Gran Turismo 7?

Firstly, a hallmark of the Gran Turismo series is the visual presentation of the game. The engine used in-house at Polyphony Digital has never produced anything less than a stellar job of making everything look stunning, from the scenery and the distant background visuals to the almost lifelike detail on the car models.

Ray-tracing as technology will allow the lighting on tracks to bring a whole new level of detail to the cars and environment, meaning that the game will continue its trend of raising the bar for racing game visuals.

The series standard Career mode is back, and it’s to be accompanied by a hub world that allows you to manage every aspect of your career, from the garage to look at all of the cars that you own and manage them accordingly, to tweaks and upgrades at the parts shop, and your actual racing career. The map itself is a GPS style overview that labels everything cleanly, from available cash (the currency used is called Credits) to your current active car, which is the default car used when entering a race unless otherwise specified.

There are places where you can improve your skills, such as the School, and participate in events in the Special Event location.

With the car modifications, it will continue to use the performance points system, which sees all cars capable of fitting modifications to the setup. The number of mods that you can implement will depend on a car-by-car basis, and each change of parts will have an effect on many different aspects of the car, such as handling, suspension, or speed.

All parts changes cost credits, and adding multiple modifications to a car can be very costly, especially at the start of the game. Tweaking the cars has always been a big aspect of the game, so the extensive options will likely excite petrolhead gamers.

The series has always used cars from the real world to ensure that realism is adhered to, and Gran Turismo 7 is no exception. While licensing issues can sometimes tie up some of the bigger manufacturers, the series has a long history of authentic car recreations. In Gran Turismo 7, it appears you can also check the full interior of all cars, as shown in the announcement trailer with the Aston Martin DB11.

While there is no confirmed list of cars or manufacturers for the game, cars from some different manufacturers appeared in the trailer, meaning that some cars from these manufacturers should see representation in the game. They include:

Others will likely be confirmed later, with a full car list available closer to launch.

What tracks are in Gran Turismo 7?

The tracklist of Gran Turismo has always been a mixture of original creations that resemble real tracks, as well as some licensed tracks available to race around. In the past, this has included Circuit de la Sarthe, the track famously used for the Le Mans 24 race, and the German Nürburgring, one of the longest professional racetracks in the world.

The race tracks in Gran Turismo 7 are split across three regions: Americas, Europe, and Asia/Oceania. The tracks that have been confirmed from the reveal trailer are all from the US region, and include:

Gran Turismo 6 contained 39 tracks overall with a combination of real-world racetracks, original creations, and tracks created using layouts from real-world cities, such as London, Madrid, and Toyko, plenty more to be added across all regions as the release comes closer.

When will the game be out?

Currently, there is no release date for the game. While there has been plenty of time since the last release, developer Polyphony Digital has never been afraid to delay a release on a Gran Turismo game when they believed it needed additional polish.

With no rough date given to the release at the end of the reveal, it is unlikely that the game will be ready for the console’s launch, but considering how much was shown on the game, a 2021 release seems likely. It will be exclusive to the PS5 and should take advantage of the higher-tech with swift loading screens and a rock-solid 60 fps race engine.