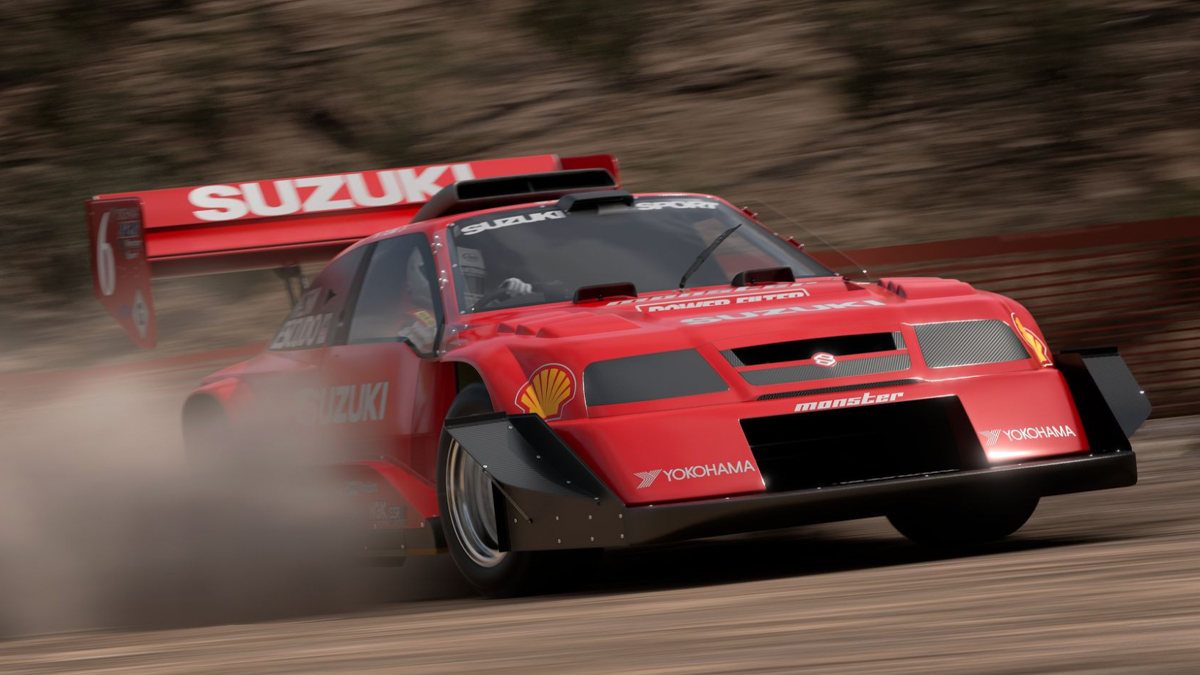 The latest Gran Turismo update is live on PlayStation 5. Update 1.17 includes a healthy portion of new content, like new cars to both drive and show off in still photos. Here’s everything added to the latest version of the game.

As detailed on the Gran Turismo 7 website, the racing sim’s full car list is growing once again: with update 1.17 comes a trio of new rides. First up is the Ford 1932 Ford Roadster, now the second-oldest car in the game after the 1929 Mercedes-Benz S Barker Tourer. The second is the Suzuki V6 Escudo Pikes Peak Special ’98 — you can see the monster car and its big spoiler at the top of this article. Update 1.17 also brings along a second Suzuki model, the Vision Gran Turismo (Gr.3 Version).

There’s a new course to race those cars across too. Update 1.17 adds Watkins Glen International, a circuit found in central New York State. It’s a historic course in the United States, and you can race along a long or short version (the latter removes the boot-shaped section of the track). In addition to being an active racetrack, Watkins Glen has also been added to Scapes mode. You can drop onto particular parts of the course to take photos with your favorite cars — a good way to show off the three new arrivals.

Finally, update 1.17 adds more menus to the Gran Turismo Café. The three new menus are unlocked by reaching certain collector levels. Those are as follows:

Developer Polyphony Digital promises “further additions [to the Café] in future updates,” but you can expect it to beef up other Gran Turismo 7 modes too. The world is full of modern and classic cars begging to be included.