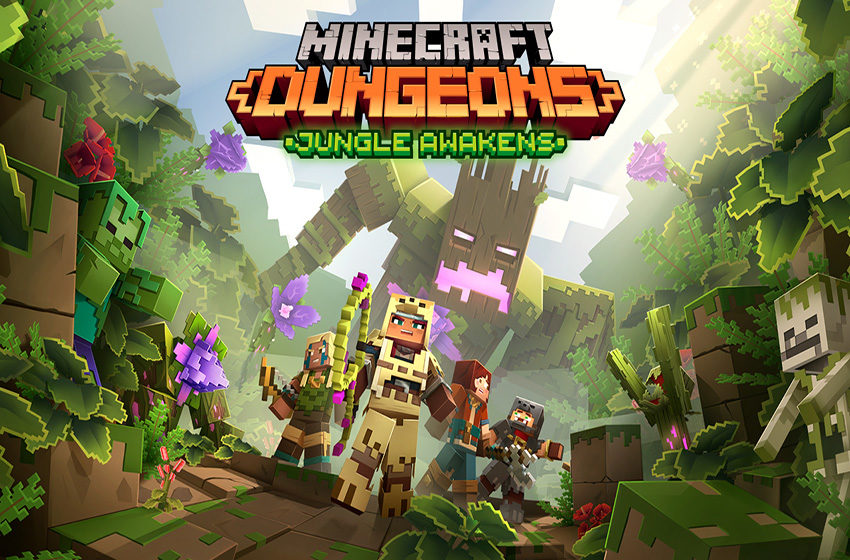 Mojang have only just released Minecraft Dungeons and they are already starting to tease what is on the way. The base game arrived with only nine levels for players to go through repeatedly, so it is nice to see more is on the way so quickly. Here is everything we know so far about the first DLC pack, Jungle Awakens.

Related: How to get a diamond sword in Minecraft Dungeons

First of all, the release window for the Jungle Awakens DLC is set for July 2020. There is no exact release date for the DLC as of yet, but we know it is coming this summer and are expecting the second DLC pack, named Creeping Winter, to be available this September, although that speculation comes from a Nintendo Switch eShop leak. The name of the second pack is confirmed, not the release window. Microsoft is holding a digital event in July to go over what the Xbox Game Studio teams are working on, so that could potentially be when we learn when to expect the DLC’s release dates revealed.

If you own the Hero Edition of Minecraft Dungeons, you will have instant access to both DLCs when they go live. There is no word yet if Game Pass subscribers will have access without purchasing the DLC separately. In the past, it has mostly depended on the game if its DLC is available for Game Pass or not.

Jungle Awakens will feature three brand new missions to play through. Each should include all of the various difficulty levels present in the main game. Also included will be the debut of brand-new mobs to deal with. The Leapleaf, Jungle Zombie, and Poison Quill Vine are the three names given with more promised to be on the way. The below image was given in the confirmation blog, showing the mobs mentioned above in action.

The Jungle Zombie is near the bottom and appears to be wrapped in vines. This could potentially give it a slight boost in armor? The big hulking mob might be the Poison Quill Vine. This could be a mini-boss like the Redstone Golem in the current iteration of the game. Given its name, it probably will fire poison projectiles. If that is true, that leaves the yellow creature as the Leapleaf. Aside from the hammer, it is wearing, we see no real hints as to what the creature does, but the falling lights could mean something.

While not explicitly revealed in the announcement, you should expect new weapons and armor to come alongside the DLC if not already made available through the free content that will be coming to the game over the coming months, also confirmed in the blog post. Of this “cool new free content” that is on the way, cross-platform play functionality will also be coming, though no expected release was given.

Although no gameplay was given of the upcoming DLC, Mojang has promised that there will be more news in the coming weeks, so be sure to stay tuned to Gamepur for future Minecraft Dungeons news and guides.