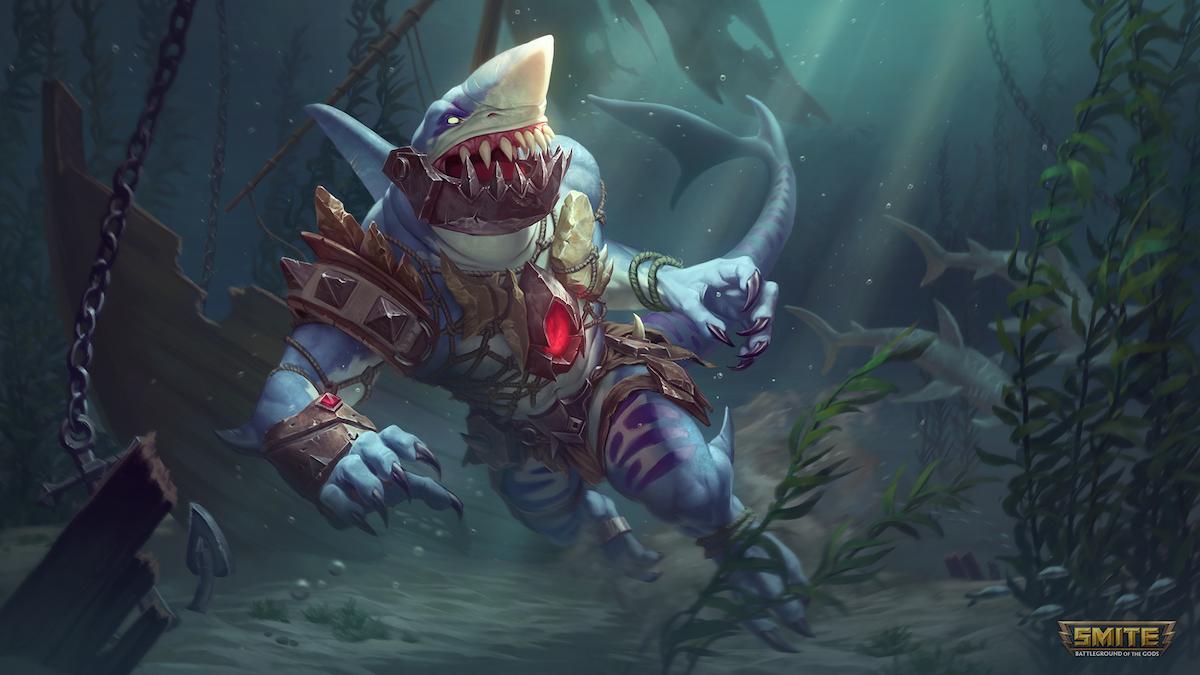 Fenrir is an assassin in Smite. He’s received a handful of changes at the start of Season 8, and you can expect to see Fenrir players wanting to lean into his damage, giving him more chances to become a heavy attacker rather than a bruiser or a support god. With the new starter items, how do you want to build Fenrir?

We’re breaking this down for players who plan to play Fenrir in the jungle role.

Fenrir is a god that can leap right out of the jungle and enter a fight. But if you get in too over your head after this, you might find yourself in trouble. A good way to remove yourself from the situation is to have purification beads to remove any two seconds’ crowd control effects. Even if it’s only a few seconds, you can use it to escape the situation. Alternatively, if you’re feeling more aggressive, blink rune is always a great option to enter the enemies’ backline and grab someone to drag back to your allies using the Ragnarok ultimate.

Some players have found quite a bit of success with belt of frenzy, shield of thorns, bracer of undoing, and horrific emblem.

Fenrir is a deadly assassin when given a chance to leap out against players from the jungle and uses its brutalize attack. We recommend starting with manikin scepter, eye of the jungle, bumba’s dagger, or death’s toll to optimize Fenrir’s aggressive playstyle. We found manikin scepter was an excellent early game item due to the burning effect it can have. In contrast, eye of the jungle can become protector of the jungle, giving Fenrir some decent defenses toward the end of the game.

Alongside your starter item, you want to start working towards The Crusher or Soul Eater. Both are good items for Fenrir, to begin with. The Crusher grants Fenrir additional damage when attacking with his abilities, which syncs well with manikin scepter, eye of the jungle, and death’s toll. Alternatively, if you want to make sure Fenrir survives his aggressive encounters, Soul Eater grants health every time Fenrir uses an ability, meaning he can quickly dive into the jungle and regain his health and mana before re-engaging into another fight.

Because you used to have Fenrir in a more bruiser or supportive role, reinforced greaves was a great option. It’s still a decent choice, but if you want to lean into Fenrir’s stronger abilities and new stats, we recommend going with warrior’s tabi. It’s a stronger choice for Fenrir so you can become a heavy hitter whenever you rotate out of the jungle. If you want to lean into some attack speed and damage enemies with your basic attacks, assassin’s tabi is also a worthwhile option.

With your starter items in place and boots, you want to focus on how you want to use Fenrir for the rest of the game. If he ends up dealing massive amounts of damage and is a bit squishy, you want to throw in at least one or two defensive items that provide small amounts of physical power boosts. It never hurts to go all-in with a defensive item, such as mantle of discord or bulwark of hope, though. It isn’t easy to figure out what your team will need, depending on what your allies’ pick. But Fenrir has a larger presence his recent attack boosts for Season 8.

This is an ideal build for Fenrir.

For those who want to swap out some of the more physical power and penetration items, we recommend these defensive items.

There’s always the issue with needing to build anti-heal. If you and your teammates are having trouble trying to stop enemies from healing, here are some of the best items to give Fenrir. He operates well with damaging anti-heal and defensive aura items.