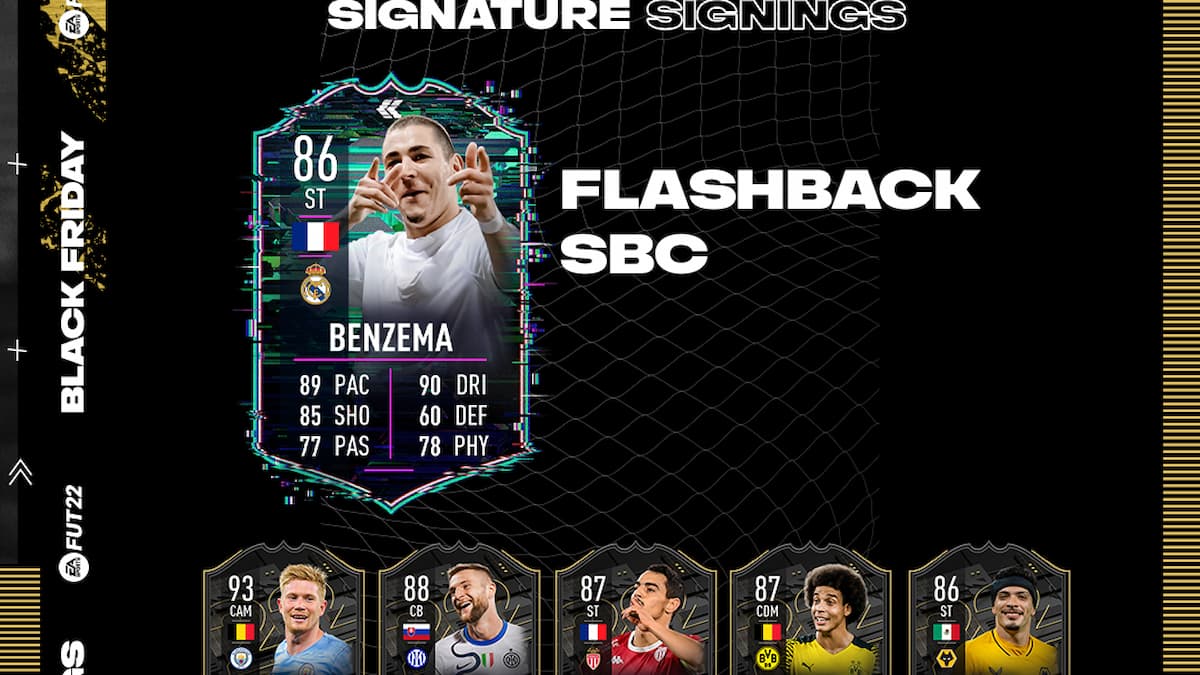 EA Sports and the FIFA 22 team have brought out quite a bit of content to celebrate Black Friday. Alongside tons of players in packs, they’ve dropped a new Flashback card into Squad Building Challenges (SBCs). For this release, it’s Karim Benzema and EA is going all the way back to the 2009/10 season. That means the Real Madrid striker has gotten an injection of pace to make him one of the better attackers in LaLiga. Here’s how to add this 86 OVR card to your team.

To finish this SBC, FIFA players will need to complete two different squads. Both of these come with a specific set of requirements to keep in mind. Here they are:

Benzema is currently coming in at just under 140,000 coins. That price might fluctuate over the next few days as players open more packs during Black Friday and Cyber Monday. However, if he fits your team, he’s quite the player. Here are some solutions to help you get him into the club.

This SBC expires on December 3.