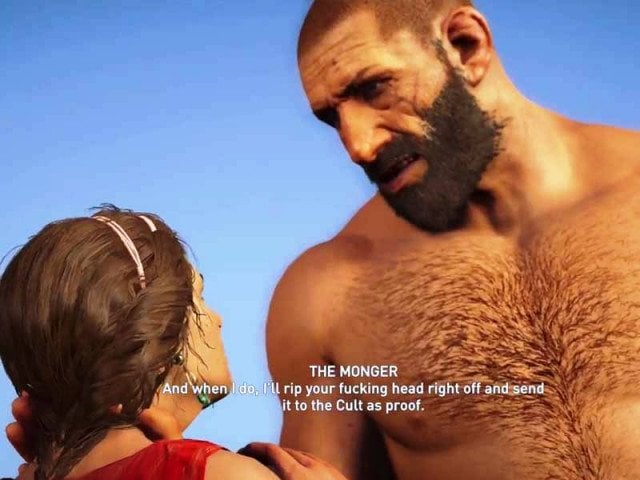 We’re already one week into October but including the ones that have already launched, here are all the major video game releases October 2018. We haven’t included every small indie game because we’d be here all week writing them up, but these are the AAA games and the smaller titles that should be on your radar.

The latest installment in the esteemed racing franchise is here. Exclusive to Windows 10 PCs and Xbox One, the open world driving game is set in a fictional version of the United Kingdom. With over 450 licensed cars, Forza Horizon 4 is the first in the series to introduce changing seasons.

The eleventh core game in the Mega Man series, Mega Man 11 takes the franchise back to its roots. It features a 2.5D graphics style with voice acting, along with a number of new modes such as Time Trials and Missions. There are eight linear stages where you fight against Doctor Wily’s newest Robot Masters: Block Man, Fuse Man, Blast Man, Acid Man, Tundra Man, Torch Man, Impact Man, and Bounce Man.

The twentieth title in the Assassin’s Creed series, Odyssey is the successor to Origins from last year. Set in 431 BCE, it tells a fictional history of the Peloponnesian War. It’s been widely praised as improving on Origins in every single way, along with re-introducing the successful naval combat system seen in Assassin’s Creed IV: Black Flag.

The first Mario Party game released on Nintendo Switch, Super Mario Party sees the return of traditional gameplay originally seen in the older games. There are 80 minigames in total, and it includes both online and offline play, along with 20 unique characters that fans of Mario will know and love.

WWE 2K19 is the annual wrestling game installment from 2K Sports. Creative director Lionel Jenkins has said that the game will be moving away from the “simulation-style” gameplay since people got turned off because it was too “sluggish.” There’s a number of modes in the new title including 2k Showcase Mode which focuses on the career of Daniel Bryan including his Velocity match against John Cena.

For the first time, Call of Duty doesn’t have a single-player campaign. Instead, Black Ops 4 has opted for a focus on a narrative Zombies experience, the standard multiplayer modes and the brand new battle royale experience titled Blackout. There’s also Solo Missions which focus on the backstories for the multiplayer specialists such as Battery and Ruin. It’s also the first time the multiplayer won’t feature automatic health regeneration, which means Black Ops 4 will be one of the most unique titles in the series we’ve seen for a long time.

Soulcalibur VI is the sixth main title in the franchise produced by Bandai Namco. A fighting game on a 3D plane, a new mechanic is introduced with Soul Calibur VI called the Reversal Edge, which means players can defend against an attack then quickly counter. There’s a number of new characters in the game, most notably Geralt of Rivia, the protagonist from The Witcher series.

A new game for the Wii?! We’re surprised there’s no version for the PS2 Eyetoy! Nevertheless, Just Dance 2019 follows suit with the rest of the Just Dance games. Part fitness, part hilarious fun, get in front of the television and dance your heart out. There are no notable gameplay changes, but some of the new songs include Camila Cabello’s “Havana,” Calvin Harris & Dua Lipa’s “One Kiss” and our favorite of the bunch, “Rhythm of the Night” made famous by Corona.

October’s most anticipated game is easily Red Dead Redemption 2. A prequel to Rockstar’s immensely successful Red Dead Redemption and the third title in the Red Dead series, this title follows the story of outlaw Arthur Morgan. You’re part of the Dutch Van der Linde gang in 1899 alongside John Marston; the protagonist from the previous game and Dutch Van der Linde, an antagonist, seen in the last installment. You can play in either first or third-person, and there are both single-player and online components.

There’s a number of other games coming out this month such as Lego DC Super-Villains, Dark Souls Remastered on Switch and Luigi’s Mansion, but the ones listed above are the main titles. For any others, we’d recommend checking out our Video Game Release Schedule.