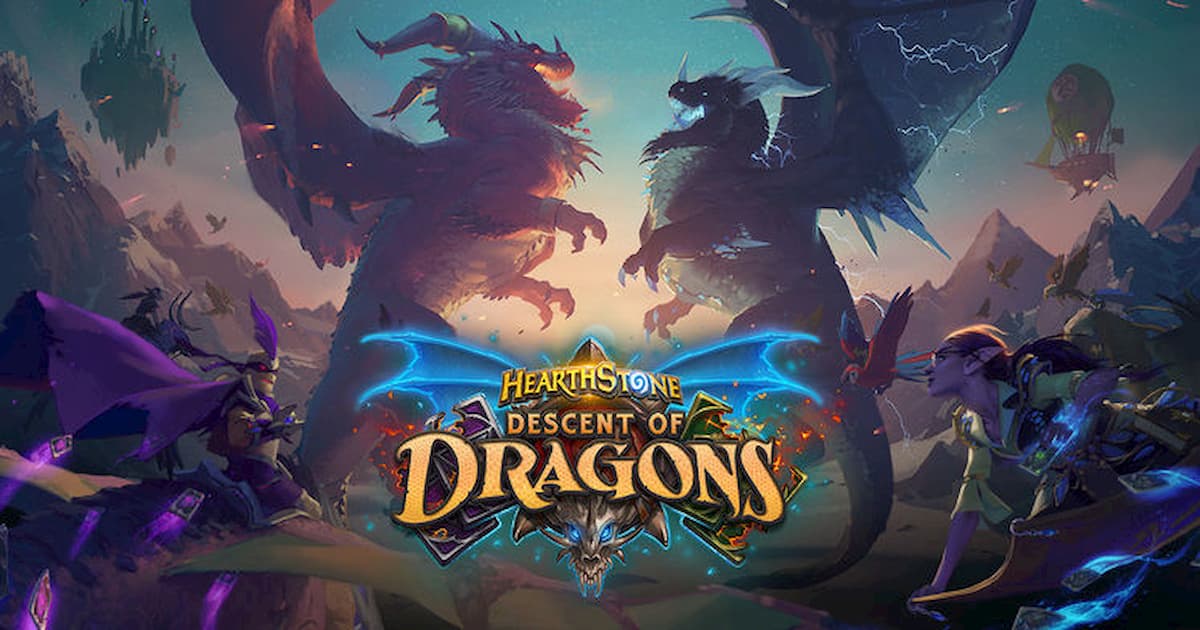 Descent of Dragons was released in December of 2019, and the game is still feeling the effects of its release. The expansion drastically changed the gameplay and gave a big boost to druids and mages. Dragon cards came to the forefront, and more have been added since the initial release of the expansion. Here are the best cards to craft from the expansion and what they can do for you.

Pair this card with Malygos to handle any problematic opponent. It only costs two mana to use it. You can draw a card, and if you are holding a dragon, you will gain an empty mana crystal. This is a card that is best used early into a match to get an advantage. During the late game, it isn’t quite as useful unless you are in dire straits and just desperate for another card.

When added to a deck focusing on dragons, this card is insane. It has a mana cost of three, an attack of three, and a durability rating of two. However, If you control a dragon, it will not lose any durability. In a dragon deck, this gives you free damage every turn without breaking.

Sky Raider is a simple but very useful card for pirate players. The Battlecry for this card allows you to add a random pirate card to your hand. It has an attack of one, health of two, and a mana cost of one. This is a cheap card that can pull a pirate when you are in dire need of it.

Squallhunter is a strong Shaman card that can help you in a pinch. It has a mana cost of four, health of seven, and an attack of five. The card has Overload and an extra +2 spell damage making it perfect for any deck that focuses on spell usage.

Arcane Breath is a very versatile spell card that works particularly well with other dragon cards. When used, you can deal two damage to any minion. If you are holding a dragon card, you can also Discover another Spell. This is perfect for almost any mage deck build.

Cumula-Maximus is an epic minion that can deal a high amount of damage. It has five attack and health and a mana cost of five. Its Battlecry allows you to deal five damage if you have Overloaded mana crystals. This is a good card for a shaman deck.

The Crazed Netherwing is a rare card that has five attack and five health. This is a card that lets you rack up damage very quickly. It costs five mana to summon. The Battlecry for this card lets you deal three damage to all other characters if you are holding a Dragon.

Veiled Worshipper card has a mana cost of four with an attack of five and health of four. This is a good card to begin with, but its Battlecry makes it invaluable. The Battlecry allows you to draw three cards if you have invoked twice. This card is a considerable push toward playing a Galakrond augmented Zoolock deck.

Scion of Ruin is an Epic card that costs four mana to summon. It has two health and an attack of three. This card can very quickly become a pain for your opponent, thanks to its Battlecry. If you invoke twice, you can summon two copies of the Scion of Ruin.

Malygos is a legendary mage minion that is essential for any mage players. It works particularly well with cards from the more recent Scholomance Academy update. It has eight health, two attack, and costs five mana to summon. It’s Battlecry allows you to Discover upgraded mage spells when you have a Dragon in your hand. Luckily there are plenty of dragons in Descent of Dragons to choose from that will let you make heavy use of this card’s Battlecry. Malygos, Aspect of Magic, also has nine powerful upgraded spells.