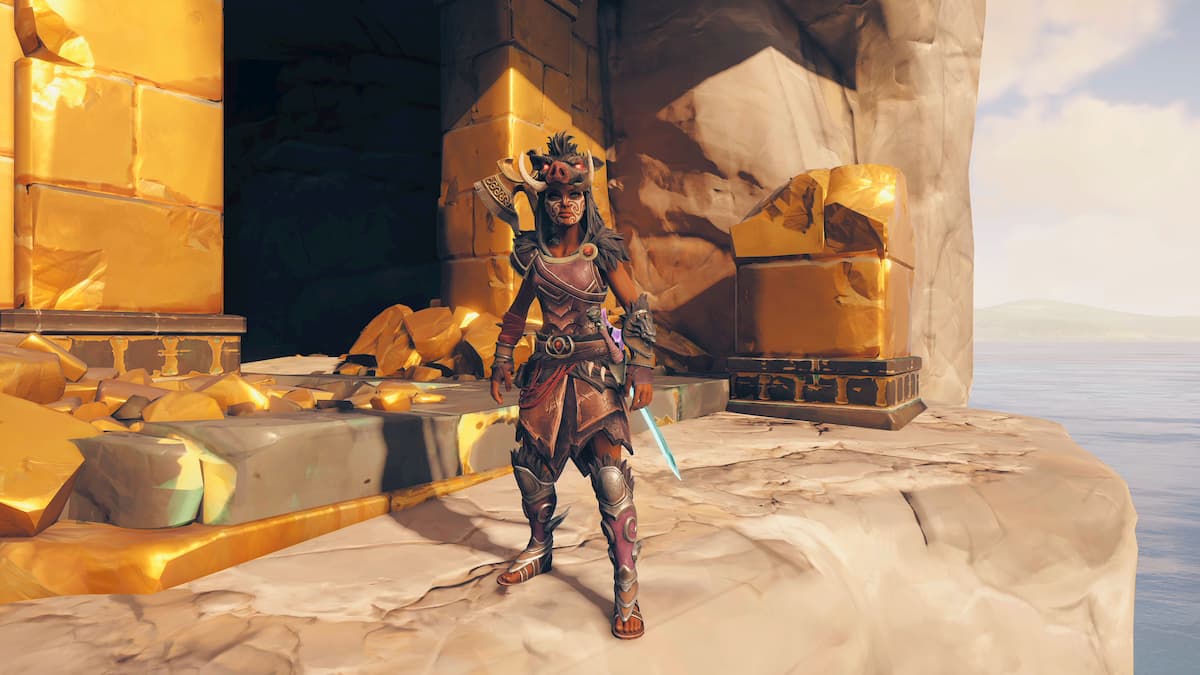 Immortals Fenyx Rising will throw a lot of information at you over the course of the game. Your first few hours will be spent enjoying the mechanics and learning secrets, but things can often go deeper than you might expect.

In this article, we will run through important things you will need to know to get the most out of the game, and help the gods return to glory.

You can drink potions while flying or climbing

If you really want to reach some of the higher cliffs, but don’t have enough stamina chunks, then fear not, you can neck your potions while climbing and flying. As long as you have them in your inventory, there is no limit to how many you can take.

Use your Far Sight

Immortals Fenyx Rising doesn’t just throw map markers at you, you need to find interesting things by using your Far Sight. Hold down on the right thumbstick to enter Far Sight, then scan the area. When you are close to something, your controller will vibrate, so search that area then hit the reveal button when you are right on top of the item. You can find chests, important upgrade materials, Vaults, challenges, and all sorts of interesting things this way.

While Fast Travel is limited to certain spots on the map, you can tame mounts to traverse the areas in between much faster. All mounts have stamina bars, the rarer the mount, the more stamina it will have and the faster it will run. You can tame mounts by slowly approaching them, then hitting the prompted button. You can change your mounts in the Inventory screen.

Throughout the game, you will find armor hidden in chests, either in the overworld or in Vaults. All the different armors will give some kind of benefit or buff, and mixing your armor to suit the boss you are fighting is a major part of the game. If you like how something works, but not the appearance, you can change this in the Inventory screen. Just click the customize button to change how it appears in the game.

While it is tempting to get caught up in the immediate damage game, especially during tough fights, stun is hugely important. Heavy attacks and some Godly Abilities cause stun. They might do less damage at the time, but filling a stun bar will give you a window to do free damage on an enemy, and can be a great tactic against certain bosses.

Your basic dodge can be done three times in a row. It might feel like you can do it forever, but you will learn about that three dodge limit the hard way the first time you fight something big and truly dangerous. After the third dodge, there is a slight stall animation that leaves you wide open to an attack, so be prepared to parry if something comes at you. You can upgrade to five dodges for five Coins of Charon.

The map is strewn with Myth Challenges that you can complete. They tend to be simple enough, and will reward you with plenty of Coins of Charon to upgrade your Godly Abilities. The Godly Abilities can be real game changers against some of the bosses, so explore them fully.

Upgrades work in an interesting way, in that you upgrade an inventory slot, not a particular item. If you upgrade swords, then any sword you equip will be upgraded. It is a good idea to focus on one thing and upgrade it to rank four so that you unlock the secondary bonuses, then move on to the next slot you wish to upgrade.