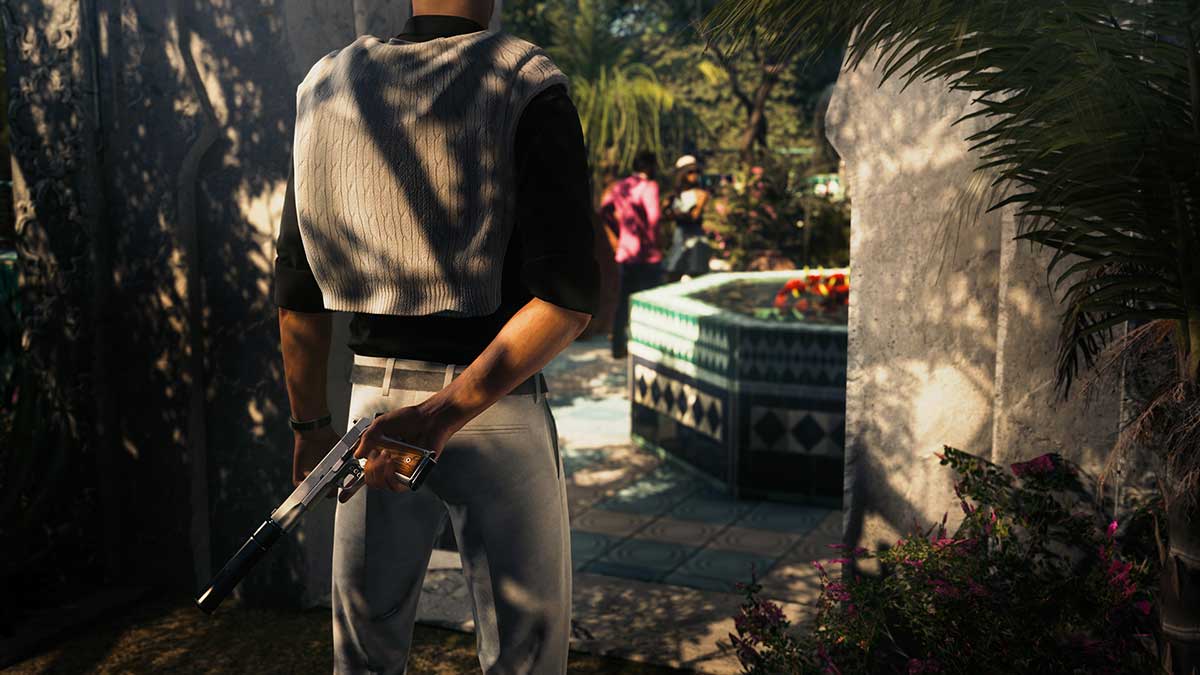 The Hitman 3 Season of Lust reveals a familiar lineup of new and returning content coming to Hitman 3 over the next few weeks. However, it’s larger than the past two seasons, boasting a new permanent mission and more intriguing randomized content.

Season of Lust is the fourth act in the Season of Sin Collection. It brings a new Escalation to Hitman 3: The Lust Assignation and offers three new rewards: The Scarlet Suit, The Serpent’s Bite remote explosive, and The Serpent’s Tongue Crossbow. The Escalation this expansion adds has randomized targets, meaning players will need to follow clues around the revamped version of Berlin to find them and destroy their secrets, locked up in safes.

For two weeks or so, owners of Hitman 3 or the free starter version will be able to play through the main mission and all associated challenges in the Marrakech location from Hitman 2016. This location is one of the most impressive from the first Hitman reboot game, with hundreds of NPCs on-screen and some of the most iconic disguises in the entire reboot trilogy.

The first Elusive Target this season is a new one for Hitman 3. Based in the location of Mendoza, players will be tasked will killing The Heartbreaker, a man who has made a living out of marrying and murdering incredibly wealthy women. Agent 47’s task is to prevent him from adding another poor soul to his list.

Dartmoor Garden Show is a new permanent event coming to Hitman 3. It will initially take the form of an Escalation in which players must find and kill randomized targets at the show who are tending to their world-class gardens. Completing the Escalation once will unlock the Summer Sightseeing Suit. However, there’s more to this event.

Once complete, you can reset the event and restart it from a new starting location in Deterministic Mode. This mode removes the randomization element from the game, giving you complete control over who lives and who dies during the garden show.

Finally, the event is also a brand new location for players to craft their own Contracts in. These will be added to the Contracts menu as separate missions in the unique map, further extending the potential replayability of this season’s new mission.

The second play for a free period this season in Hitman 3 sees players return to Marrakech, but this time by night. A House Built on Sand is a bonus mission from Hitman 2016 and completely changes the location. Despite it feeling familiar, there’s a new core mission and set of opportunities to complete here. It also ties in with the second Elusive Target for the season.

The first batch of Featured Contracrs this season have been created by Shack News. These missions are all themed around lust but are open to interpretation, so expect the unexpected.

Elusive Target The Entertainer: August 20 to 30

The Entertainer is a returning Elusive Target from Hitman 2016’s bonus mission in Marrakech. The target roams the streets of Marrakech and is extremely hard to track down. Somehow you’ll have to find him, kill him, and take his client list. The target will be available for a two-day window for all those playing for free.

The second batch of Featured Contracts is once again being picked directly from the pool submitted by the Hitman player base. These Contracts will all be themed around lust, and everyone is invited to make a mission and submit it to IO Interactive for consideration before August 26.

Two new weapons have been added to Hitman 3 this season: The SMG Raptor by RubyRube and ICA 19 Goldballer. Each has its own requirements to be unlocked, and both will be worth chasing this season for any hardcore Hitman 3 fan.