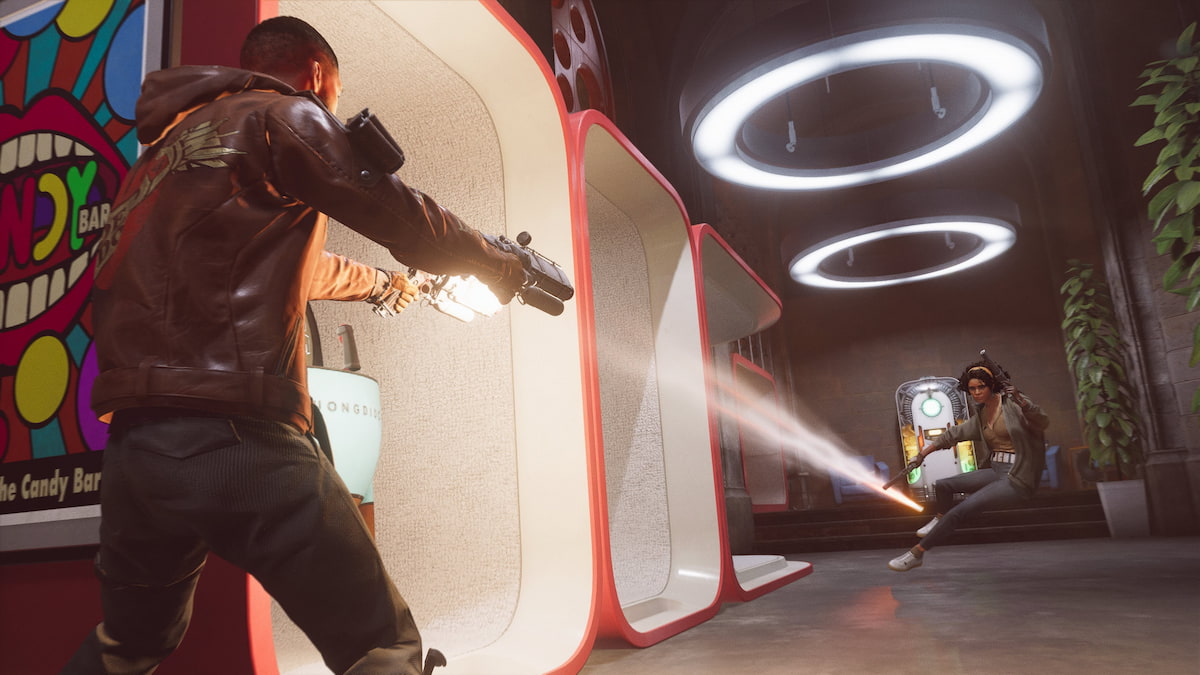 You won’t find a friendly face on the island in Deathloop. It’s you versus everyone else, and your goal is to hunt down the eight Visionaries in charge. Although, they have an assassin who is hunting you, Julianna. She’s as effective with a weapon as you are, and defeating it will be no easy feat. She’s going to be invading you, but those invasions have rules.

When Julianna invades the district you’re in, all of the tunnels will be blocked off to you. That means you won’t be able to leave the district and refresh your Reprise charges. You also won’t be able to escape her. She’s going to have access to Slabs, supernatural abilities that you can loot off her when she dies. She’s going to have more advanced weaponry than your standard enemy.

During the invasion, a radio antenna will activate that you can hack to unlock the tunnels again. Of course, you’ll have to be close by to use your hackamajig on it, which means Julianna could be watching it, waiting for you to get close. When the exits open up, you can leave the district, and Julianna, behind.

You’ll know when a Julianna invasion has started because you’ll see a notification of ‘Julianna is on the hunt’ at the top of your screen.