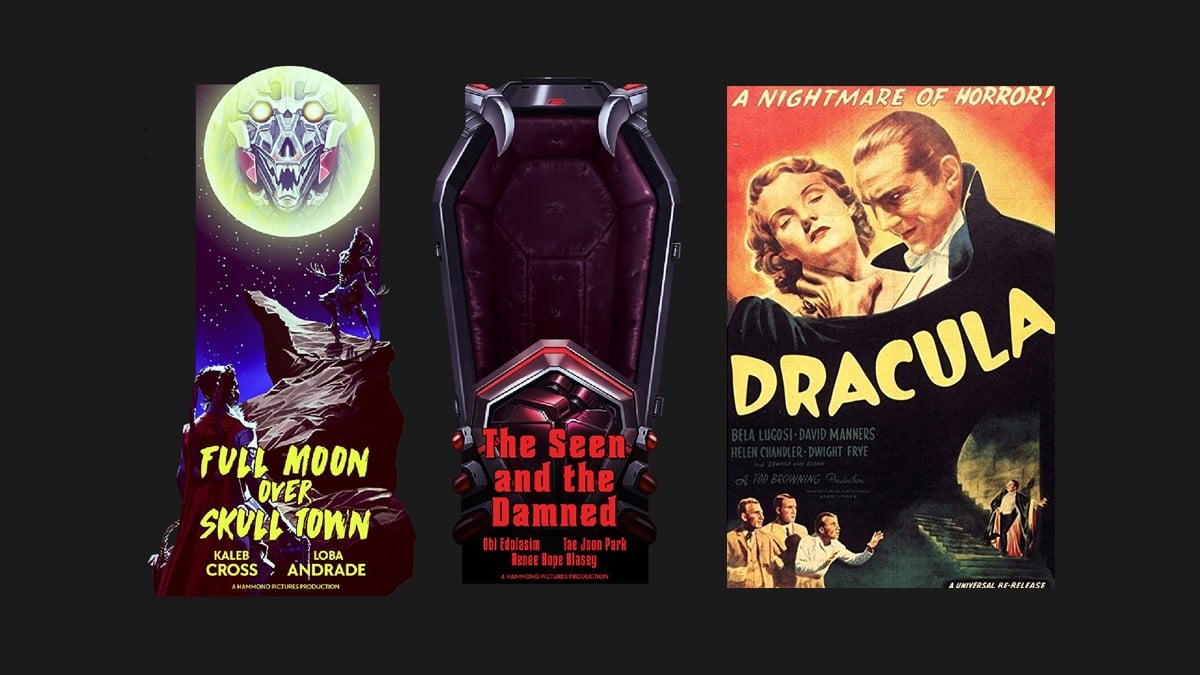 In 2021, we have psychological thrillers and horror movies, sure, but decades ago there was another genre that has faded out of most modern-day scare-fests: Monster movies. Apex Legends is bringing the genre back with the upcoming Monsters event. According to leaker and data miner, Shrugtal, the Monsters event will be arriving on October 12, perfect for the spookiest month of the year

What really caught our eye, though, was Shrugtal’s leak of the upcoming banner frames for the event. Each frame inspired by vintage monster movie poster designs. They have all the makings of an old-school monster film movie poster: A campy title in eye-popping text, a monster to be afraid of, acting credits, a production credit, art inspired by the style utilized back in those times, and even a cheesy tagline on couple.

There are four different “posters” available for the Monsters event, each depicting a different fictional monster movie, starring one or more Apex Legends playable characters.

The look of the Full Moon over Skull Town banner is out personal favorite, as we feel it best encapsulates the era of the movie poster the art team was drawing inspiration from, but all of the designs are very cool. Huge props to whichever developers came up with this idea and created these nostalgia-ridden iconic images.

Note: Monsters will be a three week event similar to Thrillseekers, while the return of the Shadow Royale Halloween event will still occur as normal, on October 26.