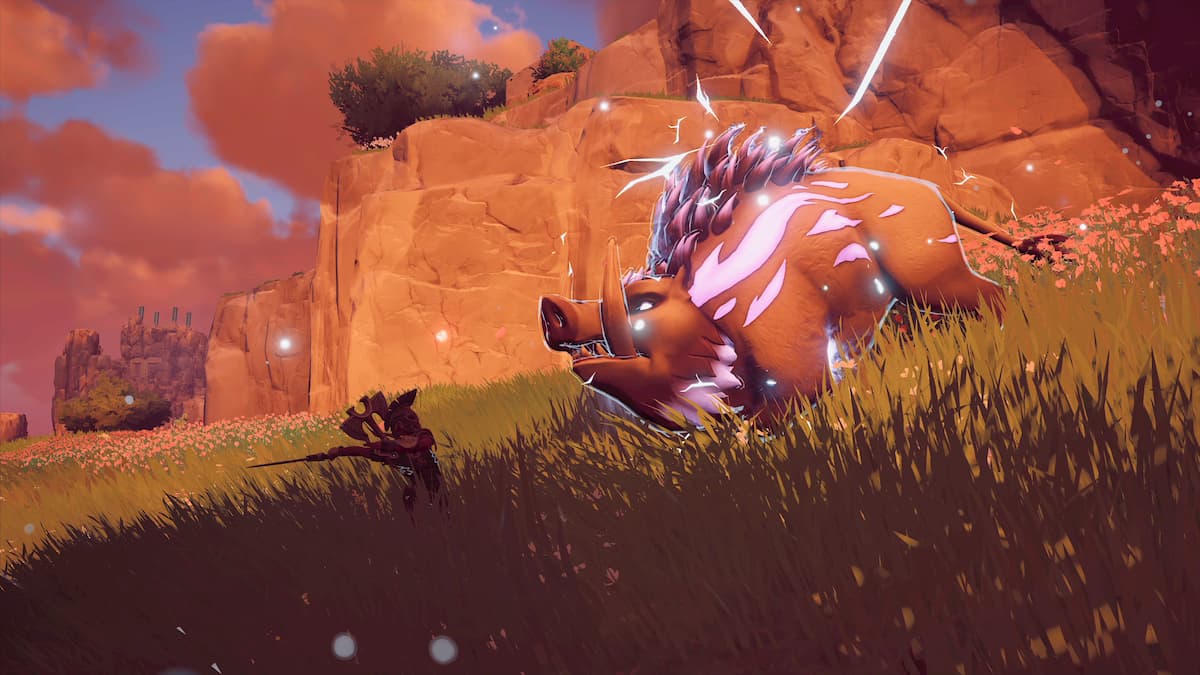 The Slayer of Adonis, Legendary Boar is one of the first true boss fights in Immortals Fenyx Rising. This is a massive beast of a boar, responsible for the death of a god, so you know it won’t be an easy fight.

You come very close to where the boar likes to hang out during the Crying Shame quest, so just head down to the banks of the river and you will find him at the area shown on the map below.

This boar has a few tricks up his sleeve, and a few moves you should be used to by now. He will roll himself up in a ball, and come spinning at you, but this is very easy to sidestep. If you time it just right, you will get some free hits on him for your trouble.

He has two main attacks that you cannot parry, and must dodge. The first is a stomp to the north, south, east and west. When he starts this, just back up and let him play it out. If you need to heal a little, now is the time.

The second flashing red attack is a bit more tricky. He will flash red and almost instantly lunge forward, then trip and smash into the ground. He can hit you twice here, taking a lot of health, so you want to dodge to the left or right, not straight back or you will just get hit by the second part of the attack.

The best way to fight the Legendary Boar is to rapidly stack up his stun meter by using any abilities you have that will do so. Athena’s Dash is a fantastic option, applying 200 stun. Ares Wrath won’t knock this huge beast into the air, but it will do 408 stun, which is a huge amount. When the boar is stunned, you will be able to get free combos on him, so hit him with everything you’ve got.

The fight really boils down to patience, don’t overextend just to land some damage, as the boar’s follow up is fierce. You are also better to simply dodge all attacks, as the boar has some red herrings it will throw at you, suckering you into a parry only to rapidly switch to an attack you need to dodge.