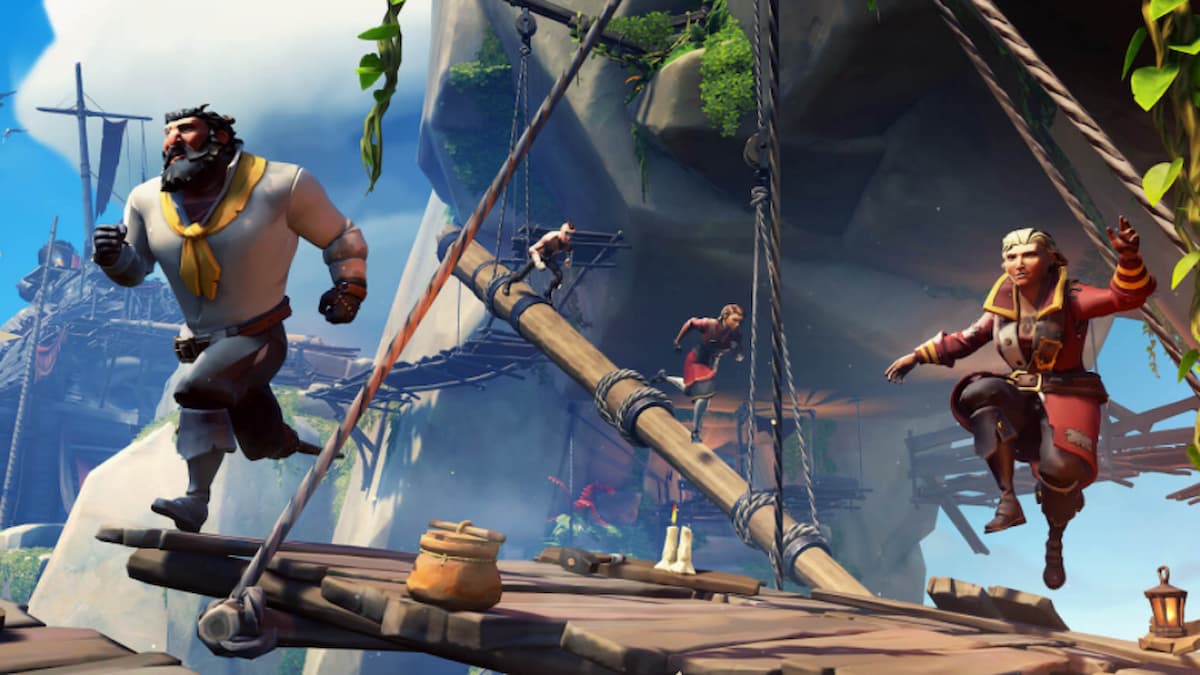 To kick off 2021, Rare has changed the way that pirates will experience Sea of Thieves with the addition of seasons. Seasons are 3-month-long periods that introduce new content, along with all new cosmetics to earn. Most importantly, each season, and its earnable loot, is free for all pirates. Here, we break down exactly how the new system works.

Sea of Thieves will continue to roll out monthly updates, but they will be smaller in size than the overall changes first introduced at the beginning of the season. This season will be focused on a new permanent voyage for the Merchant Alliance. Rare plans to focus on making quality-of-life changes and bug fixes in between the major game updates.

Renown – How to earn cosmetics

Players will be able to unlock 100 different cosmetic items as they gain Renown throughout the season. Pirate Legends will have access to even more rewards. Renown is a new progression trait that is tracked by completing different objectives, from defeating skeletons, discovering new islands, digging up buried treasure, and more.

Since it isn’t entirely dependent on handing in loot, you can gain renown just by playing the game, without the risk of losing your loot to the sea. Along with earning renown regularly, players can engage in Trials, which are specific challenges that can grant you even more rewards.

While the 100 different cosmetics to earn in the season are free to all pirates who dare, players who want even more exclusive items can opt-in the Plunder Pass. The Plunder Pass gives players 11 premium items before they make their way to the Pirate Emporium. The benefit of the pass is that it gives players the entire bundle before they can be purchased individually later on.