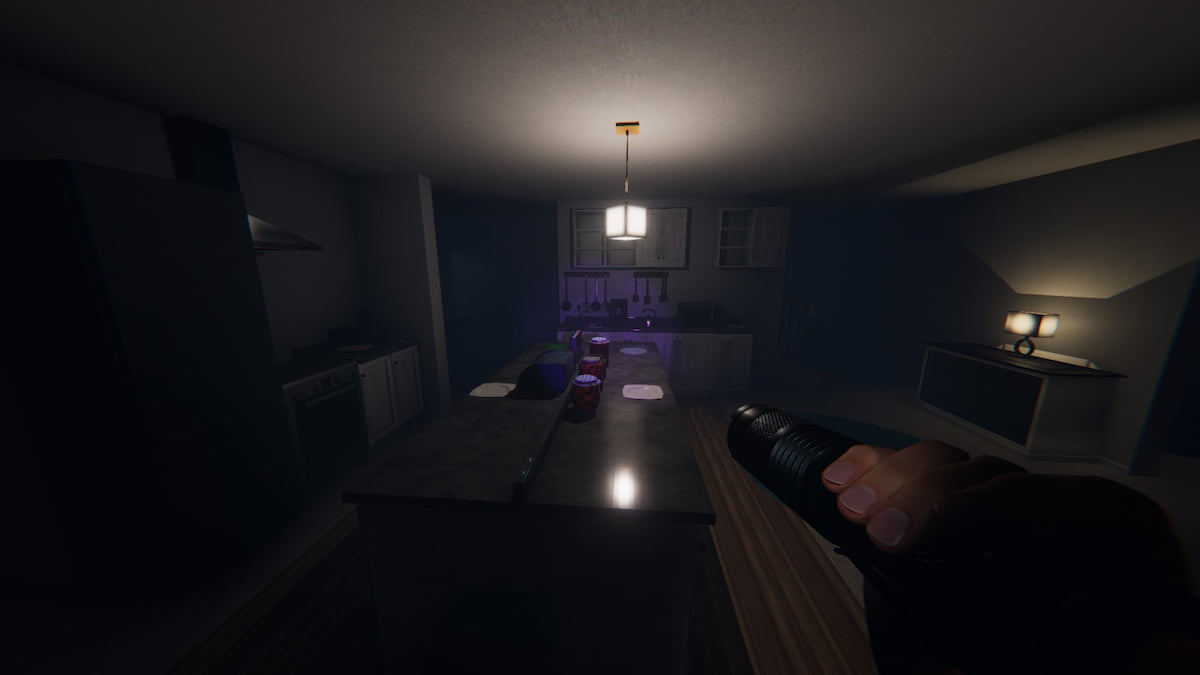 Before looking for any fingerprints during a ghost investigation, you need to bring the UV light with you. It looks just like a flashlight, but it’s slightly smaller and has a thinner design than the traditional flashlight. As a result, you can only have it on while holding the item and projects a purple light rather than a pale yellow. A good way to identify the UV light on your equipment table is the orange button on its bottom.

When searching for fingerprints, look around at locations you suspect the ghost walked through or interacted with a short time before. For example, if it wandered through a doorway, or interacted in a hallway, bring the UV light to any of these locations and look for a pale handprint that only the purple can identify.

The handprint will not last on the location for long. You want to make sure you catch the piece of evidence to add to your journal and to take a picture of it before you leave. Handprints only remain on a surface for 60 seconds, so you’ll have to be right behind the ghost while you’re searching for it. Previously, fingerprints were much easier to find in Phasmophobia, but fingerprints now have a specific timer following the Nightmare update.

The fingerprints are different than footprints, and they are not the same. If you see footprints on the ground, they’ll glow similarly to footprints. However, a ghost’s fingerprints can be found on walls, doors, or close to light switches.