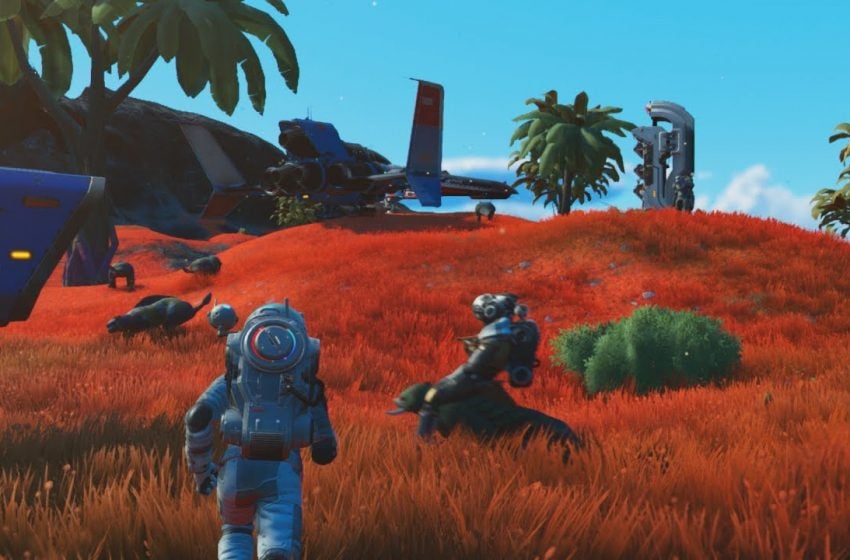 No Man’s Sky’s update Beyond finally released. The latest update for the open-world exploration series adds some important updates to the game, including animal husbandry, better base building features, and the Nexus, a substantial social gathering area.

No Man’s Sky released in 2016 and was the poster child for what not to do in a video game for a long time. The title became associated with lies, poor management, and disappointment. Luckily, the developers Hello Games is committed to making the game meet those expectations they first set. Over time, the reviews have gone from overwhelmingly negative, to mostly positive. It’s almost a new game at this point.

While in development, No Man’s Sky planned to have a huge social platform. Everyone plays in the same world, and while the odds of running into anyone else is rare, due to the sheer size of the world, it was still possible. Players still have the opportunity to run into others on the same planet. Granted, at the time of release, the game only held four players. This limitation has increased to 32 on PC and 16 on a console. With those numbers and the enormous map size, it’s extremely rare to run into anyone outside of the new Nexus.

With Beyond, No Man’s Sky has upgraded its social features, giving players a social hub to travel and interact. Reported by WCCFTech, the Nexus acts a lot like Destiny’s Tower. Here, players hang out and wander through the area to pick up missions, start game sessions, upgrade equipment, play mini-games with each other, and much more. In No Man’s Sky players are on one world with the Nexus serving as a waypoint for players to gather and socialize.

Pairing up with other players is similar to how it works in Destiny, as well. No one is the host here that you have to join. Instead, it’s a grouping system. Players can initiate missions, and it will announce to the Nexus that someone has begun a mission. Other players can then join that mission in what the developers call a “fireteam” much like Destiny’s system. Of course, Destiny allows players to join off their friend’s list as well, but the similarities are still there.

With the new system in place, No Man’s Sky update Beyond makes another step towards their original goal. Beyond is available on all platforms.

How to get prismatic shards in Stardew Valley

How to change name in League of Legends: Wild Rift