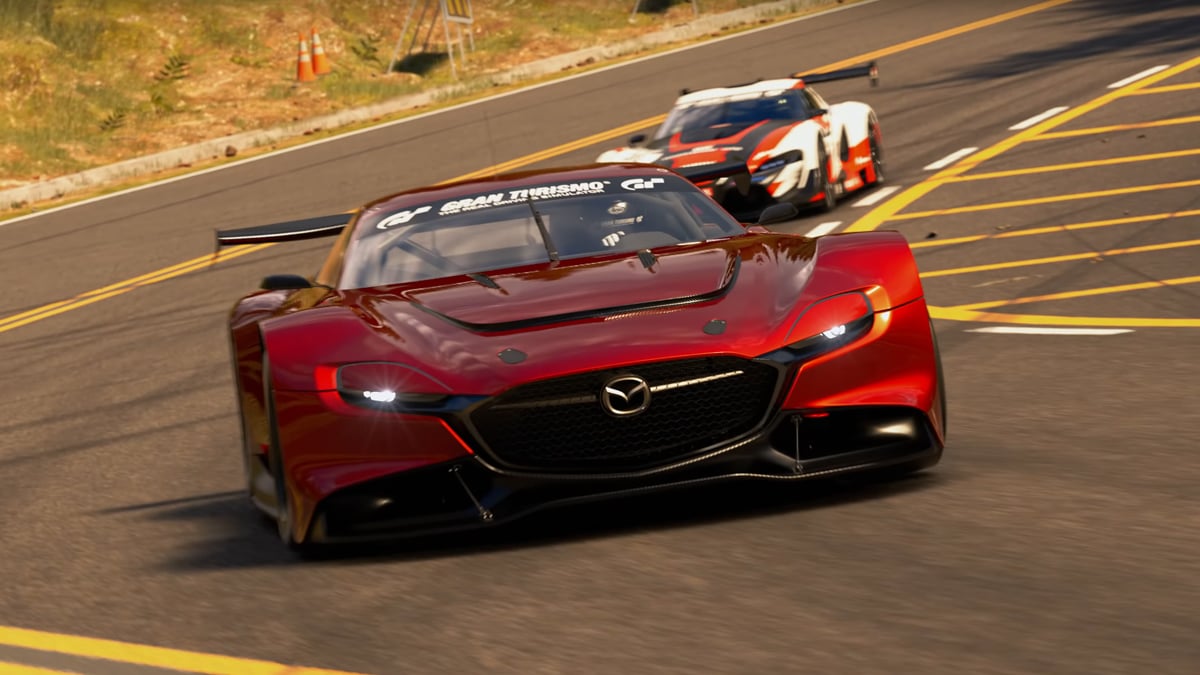 The Gran Turismo franchise has focused on beautiful vehicles being driven at the highest speeds possible. A new game mode announced during the Gran Turismo 7 State of Play will offer a more relaxed experience called Music Rally.

This mode comes from developer Polyphony Digital noting an increased demand from players to enjoy the scenery of the game with a slower vehicle. Being able to enjoy the Gran Turismo soundtrack is also a fundamental part of this experience, instead of the standard competition the music has with roaring engines and screeching tires. The intent of Music Mode is to offer a calmer experience to those that are seeking it, yet the non-competitive game mode still has a few aspects of competition.

Music Mode places the music in the front of the experience: players will need to drive well to not lose ‘beats’ instead of the more traditional loss of seconds on their lap time. Steering the vehicle through pink checkpoints will add beats to the song, and the rally must be completed by racers prior to the song ending.

The developer states that the underlying concept of losing and picking up beats is not to encourage players to drive fast, but more so for the competitive players that want the ability to gauge their performance against others. The Music Rally game mode’s greatest objective, stated Polyphony Digital CEO Kazunori Yamauchi, is for players to “enjoy the music” while also offering an opportunity for unpracticed players to enjoy themselves.