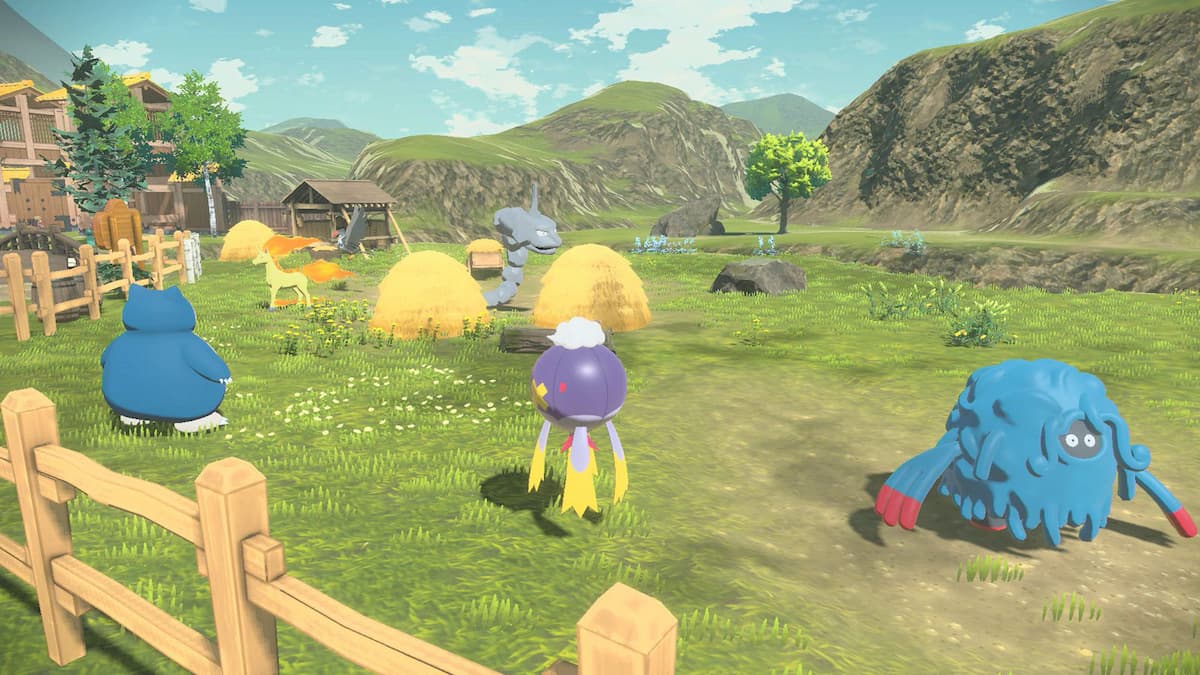 Pokémon Legends: Arceus is the first Pokémon game to be set long before the modern era. Every other Pokémon RPG to date has relied on PCs and digitized boxes to store the Pokémon gathered throughout gameplay. However, despite the existence of a magical smart phone, there are no modern computers in Pokémon Legends: Arceus, which means that the game’s storage mechanics will be different from its predecessors. The results appear to be closer to the mechanics of the first pre-smartphone Pokémon games than more recent generations, like Sword and Shield.

Pokémon Legends: Arceus introduces pastures as the method of Pokémon storage. Players will be able to take up to six Pokémon out with them on a survey mission, which will be stored in Poké Balls on the player’s person. All other Pokémon will remain in pastures — which means players cannot switch Pokémon out of their party mid-mission.

The official website specifically uses the word “pastures” in the plural. One imagines that most towns in the game will have their own pasture and that the player’s Pokémon will not magically materialize at a different pasture than the one they were dropped off at. Scattering Pokémon at distinct pastures would bring an entirely new level of planning to the franchise, as every PC in the modern games holds all of the player’s Pokémon. However, this conjecture has yet to be confirmed by The Pokémon Company.

The ins and outs of Pokémon storage is one of the central mechanics of every Pokémon RPG’s gameplay. Even the smallest tweaks to the formula can change a game’s difficulty dramatically. Pastures will re-introduce a scarcity to Pokémon parties not seen in recent Pokémon games. In Sword and Shield, for example, the advent of smartphones meant that the PCs which were previously only available in Pokémon Centers could now be in the player’s pocket, accessible at any time. In turn, this meant that party scarcity was completely eliminated from the game: if a party Pokémon fainted, the player could immediately swap them out for a healthy Pokémon in their box, even mid-route. Pastures will likely be a welcome return to a more challenging style of gameplay.