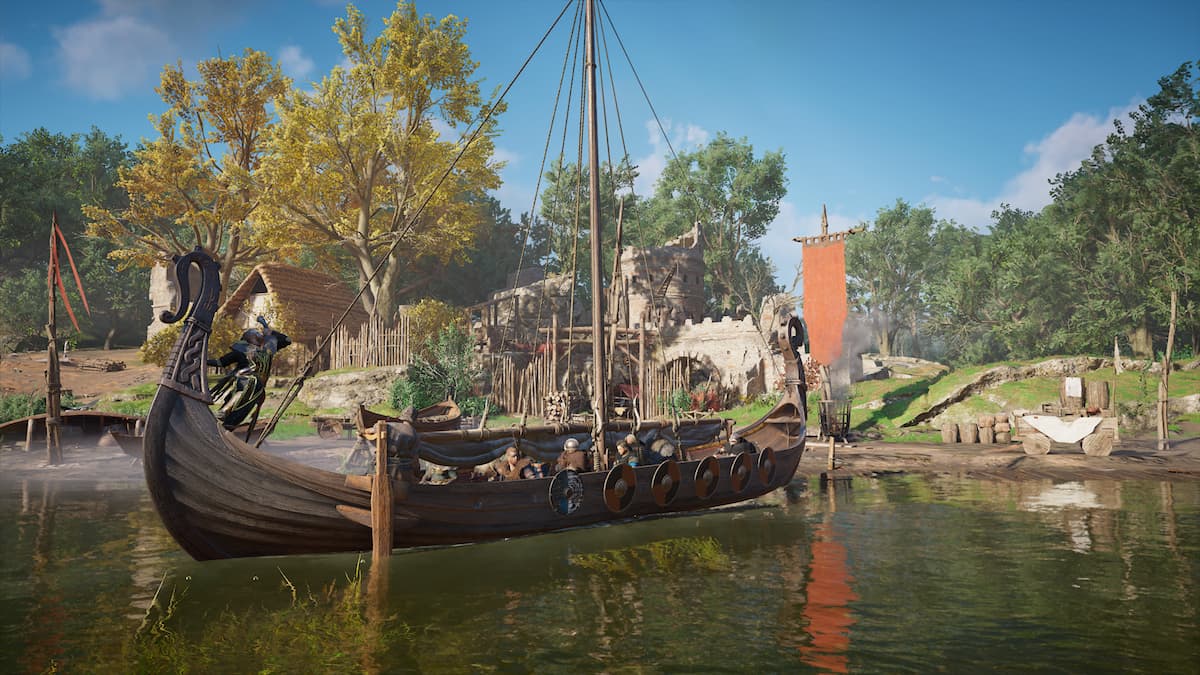 The River Raids update for Assassin’s Creed Valhalla introduces a new layer of repeatable content for players eager to earn silver and the latest gear. You’ll be able to explore new locations in England that are ripe for plunder. Make sure to have your best Jomsviking at the ready to fight by your side because you’ll need all of the help you can get to cleave through these raids. This content is free for all players.

How the River Raids work

You can conduct River Raids after speaking with Vagn, who arrives at your settlement following the 1.12 update. Vagn explains they’ve explored multiple passages through England, many of them hidden, and can locate untouched locations that are ideal for raiding. You can speak to them at the new River Raiding Dock to conduct these raids.

You can choose what river you want to target before setting out for a River Raid. After you attack these locations, their defenses increase, so you are encouraged to raid an alternative route rather than consistently repeat the same location each time you want to attack an area.

When raiding a river, there are multiple targets available to you. There are civilian targets, monasteries, and military targets. The civilian villages are the easiest, but they do not provide the most valuable resources. However, you can loot healing options for your Jomsviking to ensure they do not fall in battle, giving them restored health. The monasteries and military targets provide the most resources. You can acquire foreign supplies that you can use to upgrade your Jomsviking, your raiding longship, or trade with Vagn for appearance items. They make it seem like he’ll trade them for silver, but it’s only for longship and tattoo cosmetics.

Each time you attack a settlement on a river, the warning meter of the raid goes up. The higher this meter is, the more reinforcements you’ll have to deal with on the river when attacking a location. You want to find the right balance of attacking enough places to walk away with plenty of resources, but you don’t want to overstep your boundaries and fight an overwhelming force. You can always check this meter and the health of your Jomsviking in the same menu. Your longship also has a specific amount of cargo hold space that you want to fill up, but if you reach this point during a raid, you won’t receive any more supplies.

When you’re ready to leave, you can depart the River Raids at any point in time. At your settlement, you resupply, upgrade your forces, hire new Jomsviking, and then set out again to conduct more raids.