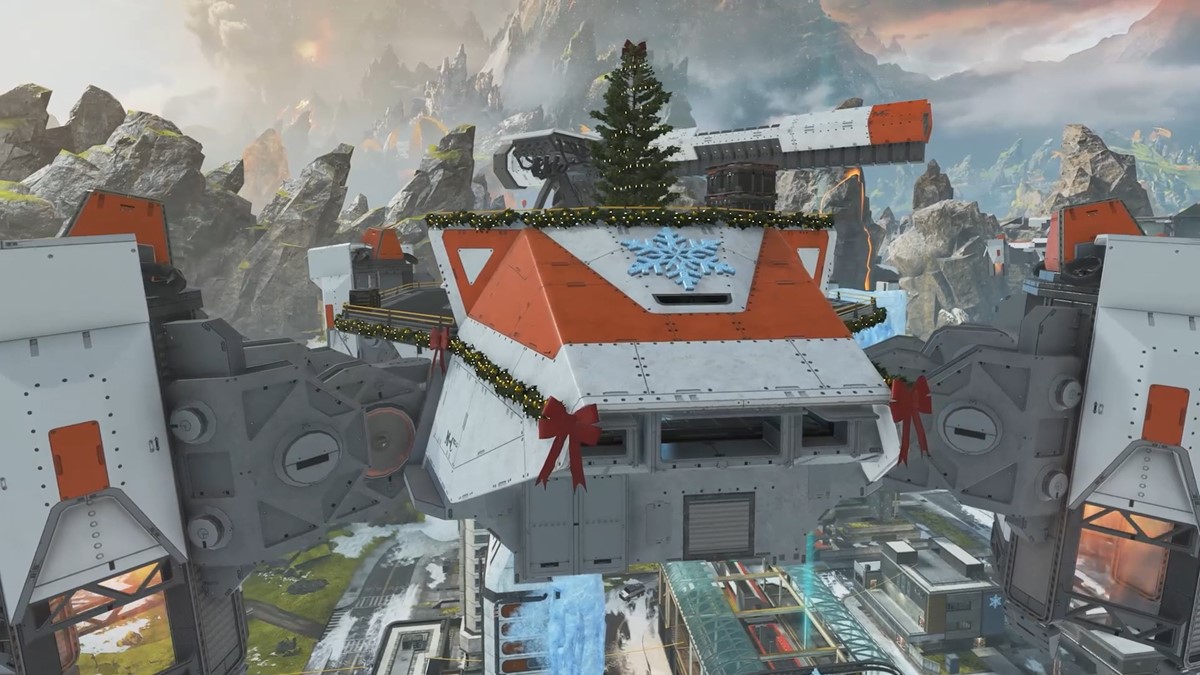 Apex Legends players have been anxiously and excitedly awaiting the return of one of the most coveted limited-time modes in the game: Winter Express. The Holo-day Bash 2020 has brought the much anticipated and loved LTM back, but this time, the train is not the only vehicle at play. This time around, Winter Express will have supply ships, which is exciting for two major reasons and one minor one.

This is the first time ever we have seen supply ships on World’s Edge! As avid players of the game know, supply ships were the first vehicles Apex had, long before the first player-controlled vehicle, the Trident. That said, they were also limited to a single map: Kings Canyon. Having vehicles appear on new maps for the first time could mean exciting things for the game’s future.

Second of all, in Winter Express specifically, it’s going to make for a much more tactical respawn experience. The way the supply ships will work in this LTM is that when you auto-respawn, as consistent with the game’s rules, you and your team will respawn on a drop-ship. This will also allow players to respawn earlier, cutting down on last year’s long respawn times.

This will allow you to take your time, choose your drop location, and come back into the game with a lot more precision, rather than just auto-dropping. Note that because Winter Express ties legends to rotating, preset loadouts, there will not be any actual supplies on the ship.

Dressed up for the Holo-days

The supply ships will be all around the train track, and lastly, and least, the little extra exciting thing is that the supply ships are decorated for the holiday just like the train. This is cute on its own and might be a precursor to seeing the game’s upcoming seasons have more variants or custom looks for vehicles. Only time will tell.