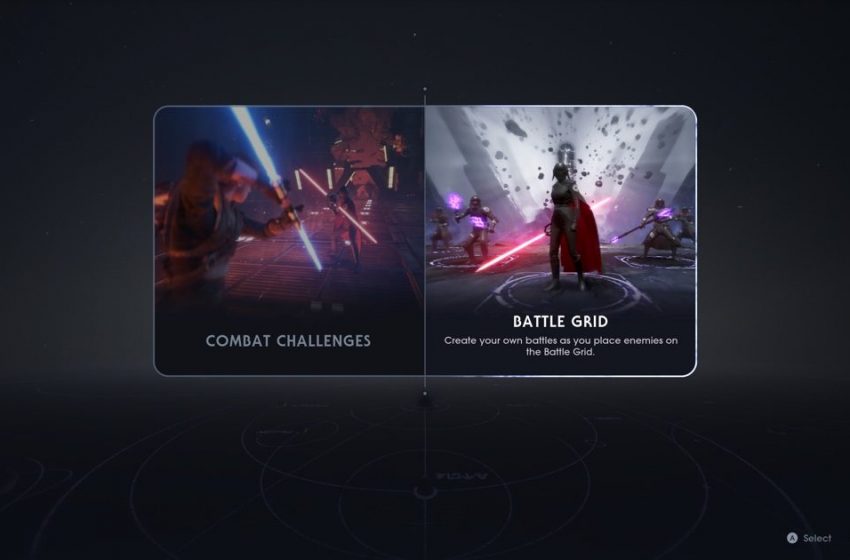 To help hone your skills in Jedi: Fallen Order and put your Jedi training to the test, you can try out the Meditation Training game modes that are available in the game. They released in celebration of May 4, the unofficial Star Wars holiday.

To first access either of these modes, Combat Challenges and the Battle Grid, you need to beat Fallen Order on any difficulty. From there, you will also gain access to Cal’s Inquisitor outfit, a pair of new lightsaber designs, a red crystal, and the New Journey+ mode where all of your cosmetics carry over to a new game, but your abilities do not.

The Combat Challenges places you against waves of enemies, where Cal fights these powerful foes featured from any of the locations in the game. There are different enemies for each of the environments, such as foes from the Fortress Inquisitorius, which is the final level of the game. There are 12 challenges available, and players have the chance to earn up to three-star ratings for each one.

You can access these at any time of your playthrough with Cal. However, you go into the challenge with the abilities you have unlocked. The Combat Challenges are made for when you more of the abilities and content unlocked, so don’t do it immediately. You want to wait until you’re closer to the end of the game.

The Battle Grid is a unique approach to challenges. Here, you can create diverse challenges using any range of foe you want to fight, using any of the various arenas available in the game, along with setting it to any of the four different difficulties in the game. There are several modifiers players can fool around with to make the fighter easier or tougher.

After you finish a Battle Grid, you can save it to try later or further modify it in the future. The Battle Grid also features key foes, such as fallen Master Jaro Tapal, Inquisitor Cal, and many others.

You can access these two new modes at the Meditation Points screen while playing Fallen Order. These are only available in the New Journey+ mode, which unlocks after you’ve beaten the game once.