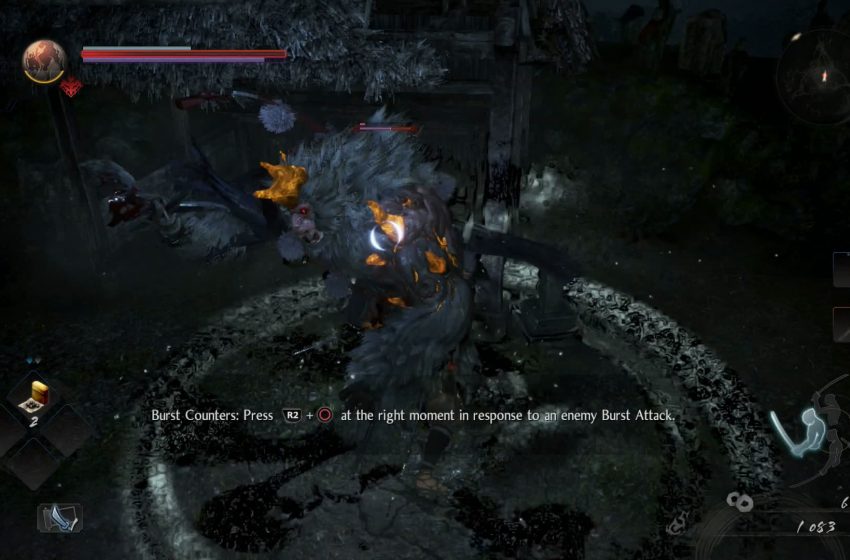 No self-respecting third-person action game misses out on an enemy that follows the Wukong archetype. In Nioh 2, that enemy is Enki, and it is your first introduction to the interesting stance that the game has with some enemies. Complex movements, special abilities, and Burst attacks are not just limited to bosses in this game. Enki feels like a boss and fights like a boss, but he is just a regular enemy.

Enki is made a little more awkward in that first fight because there is limited space to engage him in, so be mindful of your surroundings and don’t get trapped by the terrain.

The trick to deal with Enki is quick dodging and keeping perfect range. Enki hits quite hard at the start of the game, when you first run into him, so dodging attacks is a better option than blocking them. For the most part, his attacks are well telegraphed, as he draws back his long spear to swipe or slam at you, giving ample time to dodge to the right, as his attacks swing from high right to low left, or low left to high right. Try to keep yourself in that pocket of safety, chipping away at his health when you can.

Don’t get too close, or his attacks become a little harder to read, and don’t stray too far because you want to stay in a good range to Burst Counter his attacks. When you see him glow red, that is when you Burst Counter. Wait too long and Enki will already have taken to the sky, and will more than likely slam down on top of you. Keep to a medium-range, and instantly Burst Counter to cause huge damage, and get a great window to inflict even more. Strike a few times, then dodge back and circle away, and be sure to time your Ki well to get your stamina back.

One attack you need to be very mindful of when fighting Enki is that he will jump into the air, then throw his spear at you. When you see him leave the ground, block instantly. The spear throw attack has some pretty aggressive tracking, so the simple block is the better option.

Once you defeat Enki, you will get the Enki Soul Core, giving you access to the Monkey Dance Yokai ability.