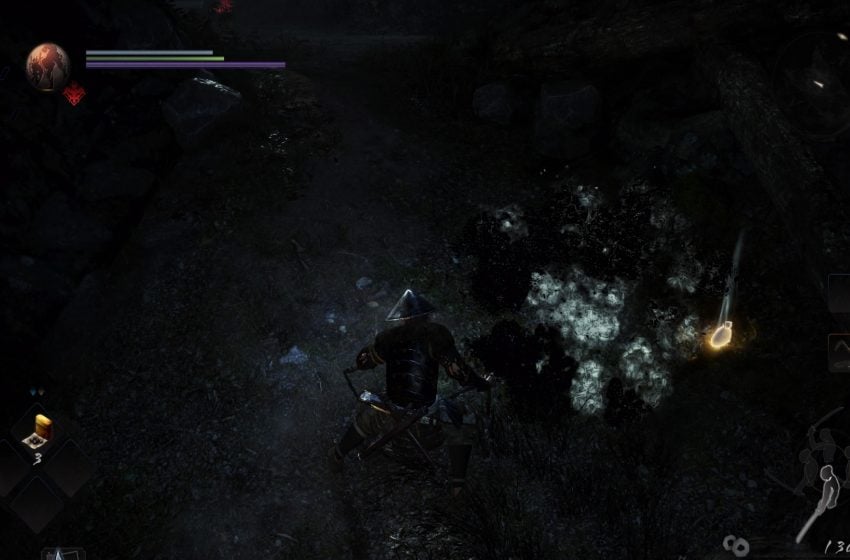 Ki, the green bar, is how you’re able to perform any of your attacks or do a roll during combat in Nioh 2. You have a finite amount of ki available to you, and the more you use it, the more you drain. When it’s empty, there’s nothing you can do to defend yourself against an enemy attack until it recharges. However, if you’re quick enough, you can regain some of your lost stamina during a fight and not have to wait as long for it to return.

While performing an attack against an enemy, your green bar on the top left of your screen will steadily go down, indicating how much ki you have left. While it does slowly recharge during combat and you’re not doing anything, it’s a slow process. It’s far too slow if you want to take on tougher enemies who are extremely quick. To quickly restore your ki, watch for the green bar to turn red for your lost ki, and then a white bar should go up the red bar. When it reaches the peak side of the red bar, hit the R1 button, and you will regain this much ki. If you do it at the perfect time this produces a ki pulse. It cleanses any of the dark realm auras enemy Yokai throw at you to make producing ki extremely slow.

You have to be fast. If you too late, you will lose that ki and have to wait for it to recharge. If you do it too soon, you do gain back some of your ki, but not all of it. Doing it too soon is far better than being too late, though. By learning the timing of this ki recharge, you can optimize your time in combat to take on tougher enemies by dealing a great amount of damage against them and then still being able to defend yourself or roll away.

Regaining your ki goes along with making sure you understand the type of attacks your weapon does when you change stances. After regaining your ki, try changing your stance to start doing new attacks, driving your enemy even further back.