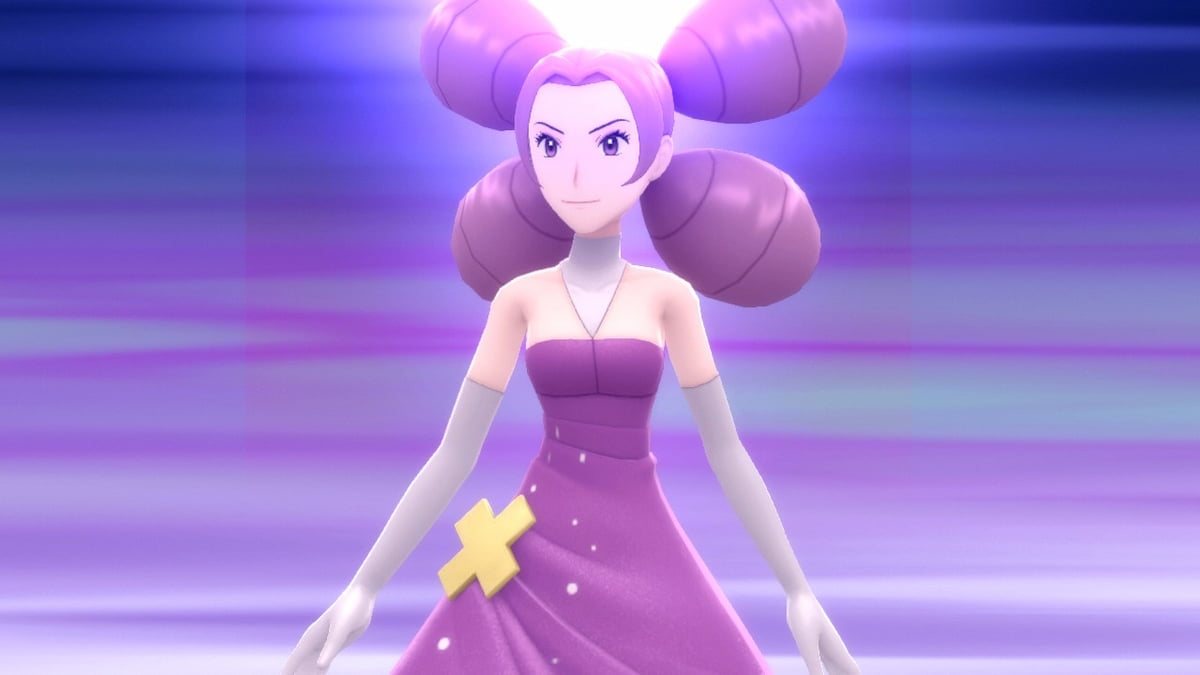 Despite being the third you discover, Hearthome’s gym in Pokémon Brilliant Diamond and Shining Pearl can only be explored once aiding Cynthia’s grandma in Celestic Town. If you’ve knocked that objective out, head to the gym to take on Fantina and her collection of Ghost-type Pokémon — undoubtedly the toughest you’ll fight yet.

How to get solve the fifth gym’s puzzle

Getting to Fantina is fairly easy, as you’ll just have to solve basic math equations to take the doors leading to her. However, without reading a single equation, take the doors in order of right to left, and you’ll be brought to Fantina without fighting another trainer.

Which Pokémon does Fantina use?

Like previous gym leaders, Fantina will only hold three Pokémon in her party, those being Drifblim (Lv. 32), Gengar (Lv. 34), and Mismagius (Lv. 36). As you can see, this is a steep jump in level compared to the last gym. Thus, you may want to head into a few random encounters and level up your party before rushing into this battle.

In addition, we advise trainers carry a batch of Full Heals on them while fighting Gengar and Mismagius. They will constantly attempt to confuse your Pokémon with their Confuse Ray ability and then use their most powerful move when your Pokémon cannot attack.

The best Pokémon to use in the fifth gym

As we’ve warned, this battle will be difficult than anything before it because Ghost-types don’t have many weaknesses. The remakes use the classic Gen IV strength and weakness system, so Ghost will only be vulnerable to Dark and other Ghost-types. As these kinds are pretty rare to come across, there are a few ways you can succeed without one.

With Fantina bringing out Drifblim first, be sure to have a Rock-type lead your party. Drifblim is also a Flying-type Pokémon, so having a respectable monster like Rhyhorn in your arsenal makes this a quick bout. You can nab a Rhyhorn for yourself from one of many Grand Underground Hideaways. As a second option, several rock-type TMs can be bought from the Veilstone Department Store and applied to many Fighting and Ground-type Pokémon.

The fastest way to take out Gengar will be through using Psychic and Ground-type moves. The Pokémon is also a Poison-type, making these kinds of attacks super effective and should beat this opponent in only two hits. We recommend catching a Psyduck or Golduck from Pastoria City’s Great Marsh Safari. As shown above, Golduck is capable of learning damaging moves based on both of these types.

Related: How to evolve Machoke into Machamp in Pokémon Brilliant Diamond and Shining Pearl

As Mismagius is purely a Ghost-type, your best bet is having Pokémon who can learn Ghost and Dark-type moves in your party. The most common one that can do this is Machop, which can be discovered in every area in-between Route 208 and Route 211. The Pokémon’s most effective moves against Ghosts are Payback and Knock Off — the latter being possible to learn at Level 12.