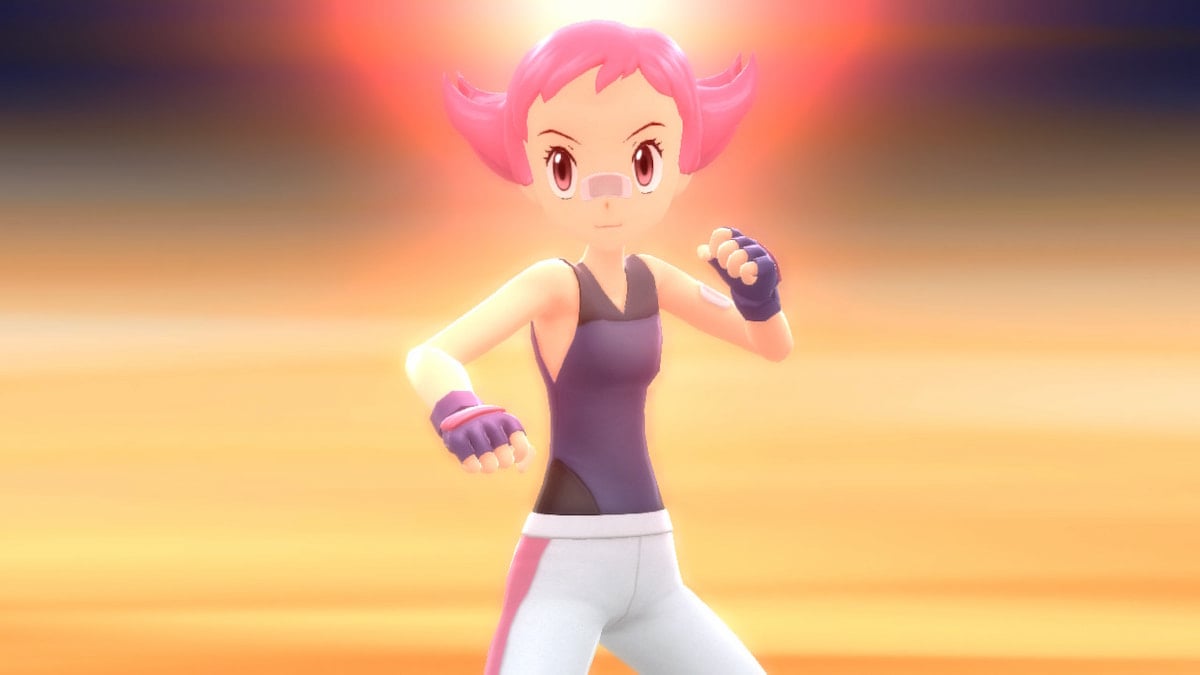 In Pokémon Brilliant Diamond and Shining Pearl, the first gym that will likely be unfazed by your stronger starter Pokémon is Maylene’s Veilstone City gym. The entire building is themed after and chockfull of Fighting-types, a group known for having very little weaknesses. Maylene’s Pokémon keep with this theme as well, but are much stronger than the rest you’ll see in the gym. Despite this being the first true uphill battle for trainers, there are a few tactics that will earn this gym badge with ease.

Luckily, Maylene only brings out three Pokémon during this big fight. The order of the Pokémon used is as followed: Meditite (Lv. 27), Machoke (Lv. 27), and Lucario (Lv. 30). Despite its level, Meditite shouldn’t be a worry, with it only having Drain Punch as its lone attacking move. On the other hand, Machoke’s two attacks are the Ground-based Bulldoze and Rock Tomb, with Lucario able to perform Drain Punch and the terrifying Metal Claw.

As one can probably guess, Maylene will be using two Super Potions at some point — typically only on Lucario. That being said, the key to beating Maylene is by having a Pokémon who is super effective against Lucario. The sooner Lucario is off the field, the less you’ll have to fear it continuously using Metal Claw.

The best Pokémon to use on the third gym

The types most effective against Fighting-types are Fairy, Flying, and Psychic. As Maylene’s Pokémon also have a bit of steel attributes, some Fire-type moves may lend you extra damage. Trainers are most likely to discover these types of Pokémon via the several biomes in the Underground Hideaways.

In the biomes, players should find and catch a Psyduck that is holds a level in the mid-20s. Although a great catch in general, you’ll need one due to its powerful Psybeam attack. As a Psychic-based move, just one Psybeam should knock out Maylene’s Meditite and Machoke.

To defeat her Lucario, focus on catching and leveling up a fire-type with Ember or Flame Charge. Some may see these moves if they chose Chimcar as their starter. If not, Ponyta makes for an excellent substitution, as it also learns both of these. Ponyta can be caught on Route 210 and should be around Level 20.

You’ve heard of fighting fire with fire, right? Well, you may want to fight fighting-types with fighting-types. One of the best and most common catches anyone can discover in the Grand Underground is a Level 25 Machop. Any damage from Maylene taken to Machop will be next to minuscule, giving the Pokémon time to raise attack stats. When this is done, Dark-type moves like Knock Off should prove volatile.

Related: How to get into the Veilstone Galactic Headquarters Building in Pokémon Brilliant Diamond and Shining Pearl