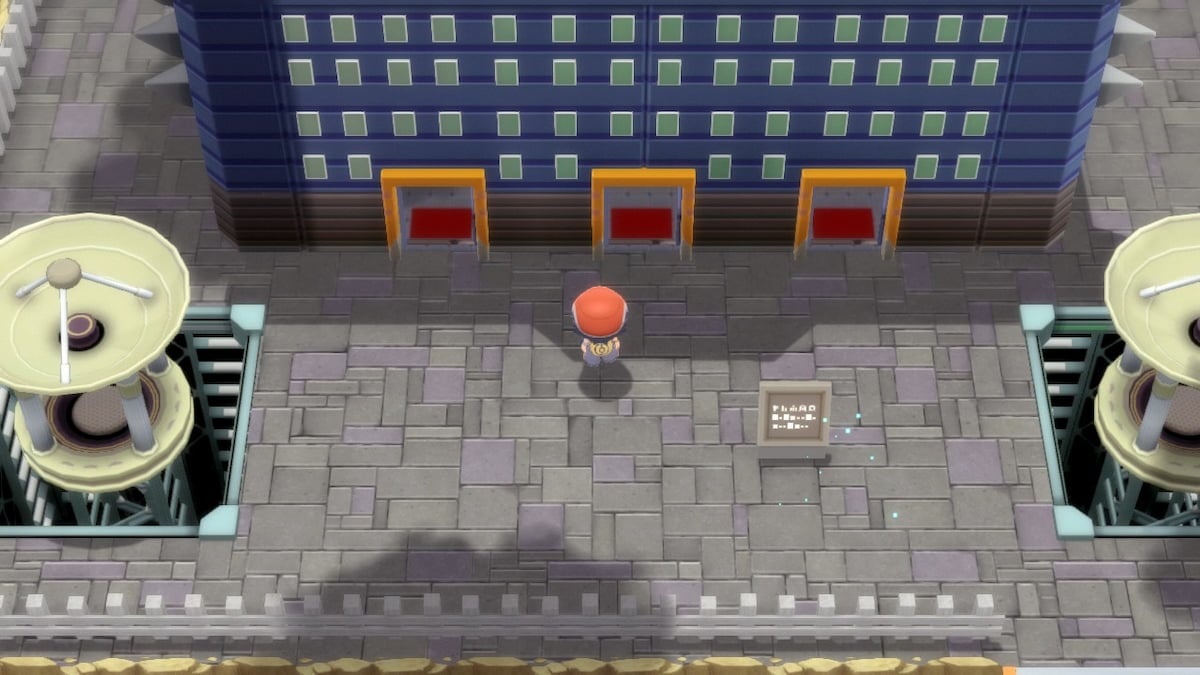 Team Galactic has captured the three legendary lake guardian Pokémon, and it’s your job to rescue them. You’ll need to fly over the Veilstone City and head straight to their headquarters. But the doors are locked. Here’s what you need to do to unlock the Veilstone Galactic Headquarters Building in Pokémon Brilliant Diamond and Shining Pearl.

You’ll want to make sure you step outside of the building and don’t go inside of it immediately. Instead, stick around out and speak to the Team Galactic grunt standing there. You’ll have a brief exchange with them, and then they’re going to run away from you. However, the Grunt will drop their key to the building, giving you access to Team Galactic’s Warehouse. It’s not the headquarters building, but it will get you where you need to go.

You’ll have to move through an army of them, and there will be a room with yellow teleporters. Take the teleportor to the left, and follow that path. You’ll find the Galactic Key in the room beyond the one with the Scientist you can fight.