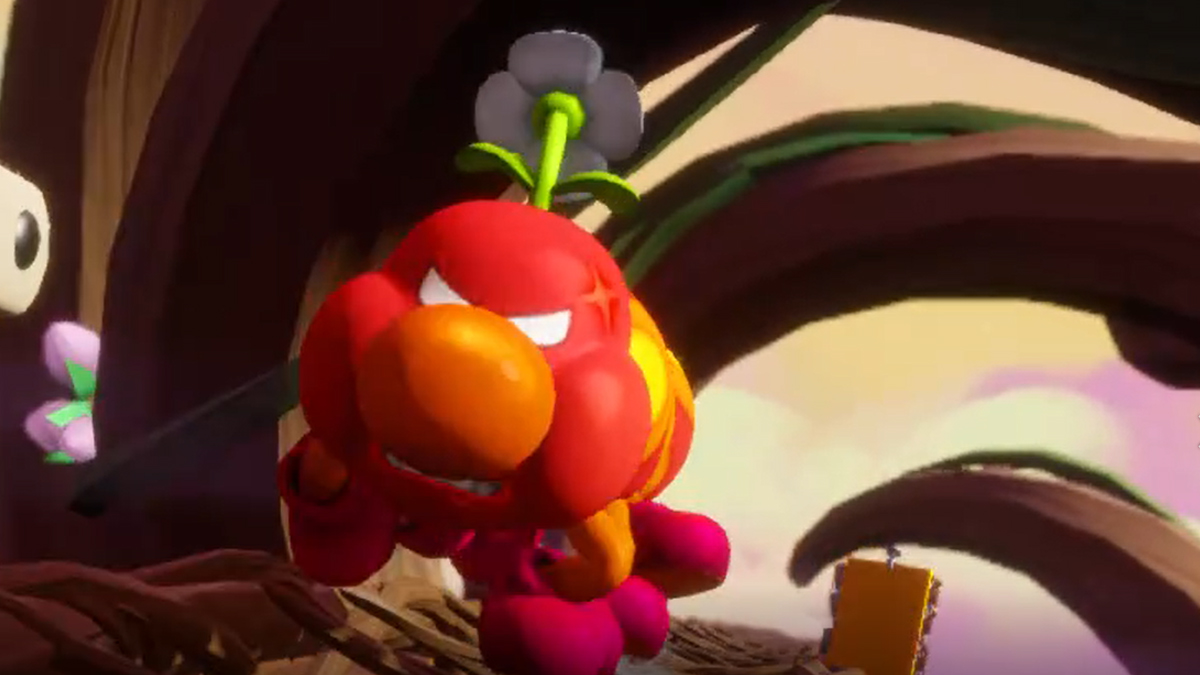 The main quest on Mario + Rabbids: Sparks of Hope’s fourth planet, Terra Flora, involves riding a train. There’s some concern about a Darkmess Tentacle along the track, but thankfully the train is fast enough to run right through it. However, doing so awakens and angers a giant Wiggler, which will then attempt to derail the train. Here’s how to stop the raging caterpillar.

Related: How to beat Bedrock in Mario + Rabbids: Sparks of Hope

How to defeat the Angry Wiggler

Like many fights in Sparks of Hope, this is an event battle, meaning you need to accomplish a specific goal instead of just whittling down the boss’ health. In this case, you’ll need to destroy 16 Darkmess eyes spread across the Wiggler’s body. They appear in batches, but you’ll use the same strategy throughout the entire fight.

Staying on the move with team jumps and launch pads is important here: the Wiggler itself shifts back and forth along the length of the train, and it’ll slam into it regularly, busting up any pieces of cover with each hit. You have a limited number of rounds to destroy the eyes, so focusing on long-ranged and area-of-effect attacks will help you eliminate them efficiently. It’s possible to pop four at once using Princess Peach or Rabbid Mario’s weapons, for example.

While the eyes should be your priority throughout the fight, don’t let the enemies run rampant, either. Oozers can lock down your attacks with their special move, and Lone Wolves’ overwatch is designed to snipe you if you move too recklessly across the battlefield. Make sure you’re getting rid of them during the fight — you can make use of the explosive elemental barrels to deal extra damage.

The Wiggler fight is winnable, as long as you stay on the move and keep those enemies at bay. Bust up the Darkmess eyes without letting yourself get swarmed, and you’ll survive high-speed encounter.