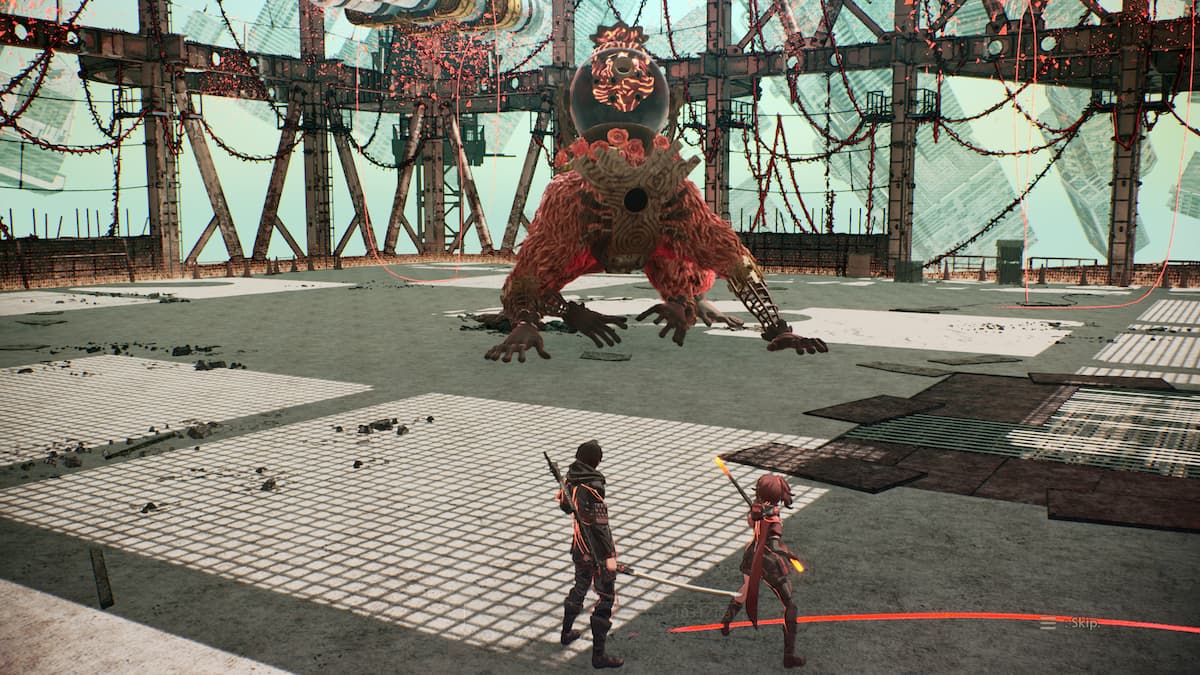 The first boss that players will run into in Scarlet Nexus is Gunkin Perry. This massive beast fires oil mucus from a cannon on its back, and attempt to smash the player by jumping onto him from great distances.

The key to Gunkin Perry is contained in the environment that you fight him in. Suspended above the rafters in the construction site where the fight takes place are four piles of metal pipes. Clever players will be able to use these to their advantage again the beast.

The trick to fighting Gunkin Perry is to lure him underneath the pipes. You will also need him to stun himself, so will need to entice him into jumping at you from across the arena. Just before he lands, you need to dodge out of the way, and the creature will crash into into the ground, stunning itself. Make sure you were standing directly under one of the groups of pipes when the creature jumps, and you will be able to pull them down on top of it when it lands by using the L1 button.

This will cause some of the oil and ooze to drip out onto the creature, and you can hold R1 and B to ignite your blade, then attack the monster repeatedly to set it ablaze. Just repeat the process until the creature is dead.

You will need to spend some time in close quarters with the best to build up your mental energy to use your psychokinesis. The Gunkin Perry tends to go for large, sweeping attacks that you will need to dash directly backwards from if you want to avoid them. You should also be read with heals, as when it does hit you, it will hit hard.

From a distance, the Gunkin Perry tries to shoot oil at you, and if it hits you enough you will be unable to dodge, making you easy pickins if it decides to jump on you. You should dodge the oil at all costs, as it will force a delay in your plan to have the monster stun itself beneath the pipes.